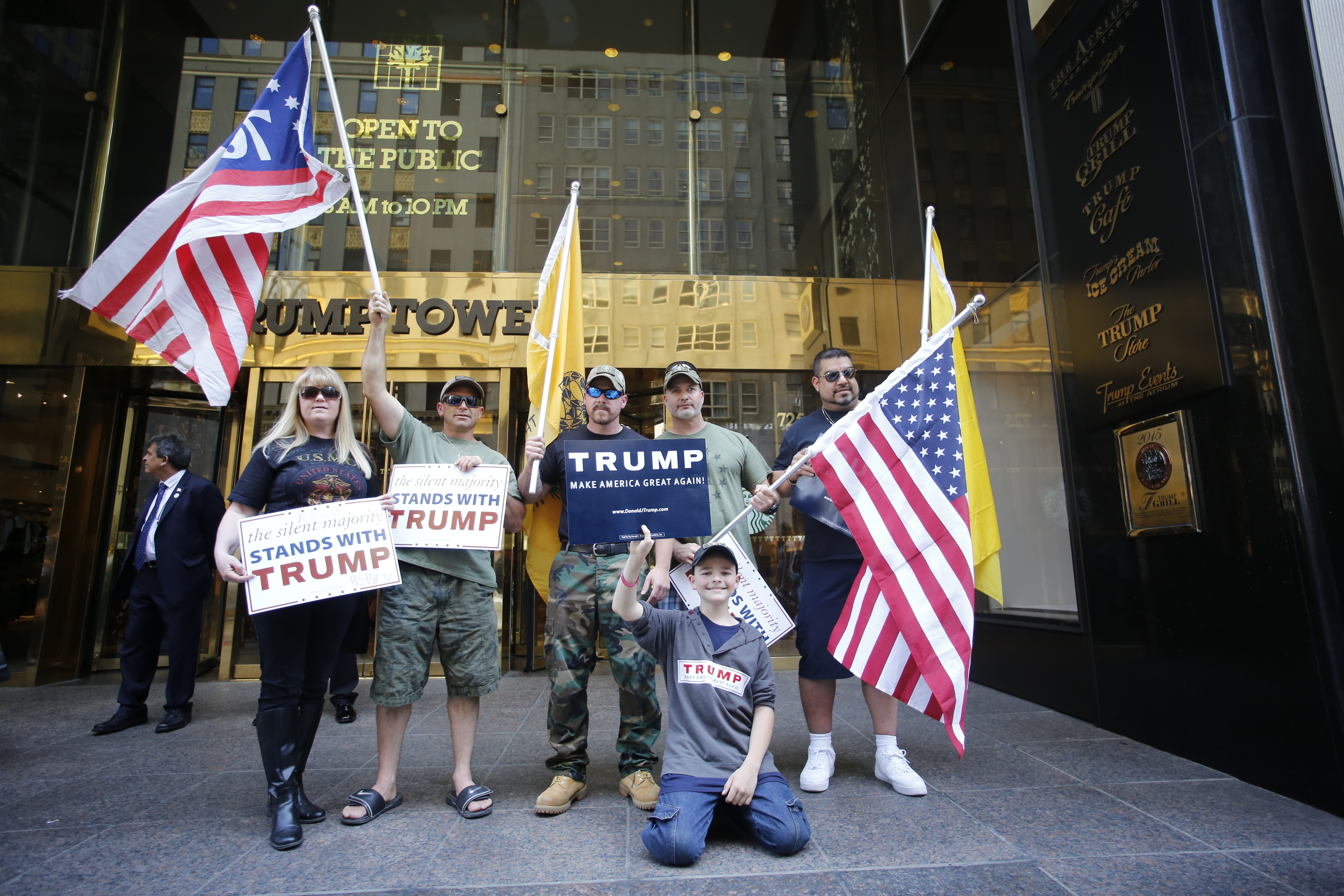 It is with deep sadness that I write this sentence: there was a Trump themed fashion show in Washington DC this past Sunday. Nothing is the world is sacred anymore, not even fashion. It’s truly sickening.

The “fashion” show was put on by the Virginia Women for Trump, and much like my high school reunion, the theme was ‘white people who never learned the art of dressing like a hot person.’ Tragic.

The evening festivities were called “Tea For Trump,” which sadly is not in reference to any tea being served about the president. The fashion show portion of the evening featured gowns made by Andre Soriano who apparently makes these MAGA gowns for Trump as a passion project, which is honestly the saddest thing I’ve heard since my cousin dropping out of college to “focus on her crystal business.”

Below are some shots from the night, and as trigger warning, they are an offense to fashion everywhere.

Glad someone finally found a way to make use of my roommate’s pubes that she leaves clogged in our bathroom shower drain. Just looking at this lewk made me itchy. I am seriously not convinced this dress is not made entirely of some sort of hair. That’s why her train is so big, it’s full of secrets.

Martha in the fabulous new MAGA dress by Andre Soriano

Hm. Well. Martha is definitely feeling herself, and we must acknowledge that. But unfortunately for Martha feeling yourself is only half the battle, and the other half is wearing anything but this hideous dress. The text is sideways…did nobody point this out during the development stage of this design? Making someone look at this dress is already rude enough, and then you’re gonna make them crane their neck to read what is says. Shit’s fucked up, Martha.

* Throws laptop into the Hudson River and lights self on fire*

So great to see that Lauren G. and Lauren D. could take a break from talking loudly on their cellphones in the campus library to come sport this heinous head gear. Always a treat to see these gals. Also, is “trumplican” really a thing that is happening? Stop trying to make trumplican happen, Lauren. It’s not going to happen.

(I realize her name is Erin but to me she is Lauren).

Didn’t get to wear the original maga dress but holding it is still awesome. Such a pleasure to have met the designer #andresariano #maga #supportpresident #dontcomeforme

What is this dress? What am I looking at? Remember those weird, overpriced, stretchy book covers you had to buy from CVS to put on your school books in middle school? This looks like those, but in dress form. And just like those book covers, this dress looks like Joe F. stole it from your during math class to write something offensive and gross on it.

Honestly, I feel bad* for whoever was in charge of this event because you KNOW every woman there “needed to speak to the manager.”

Welp, I am horribly disturbed. I would call the cops, but that’s more Republicans’ M.O.