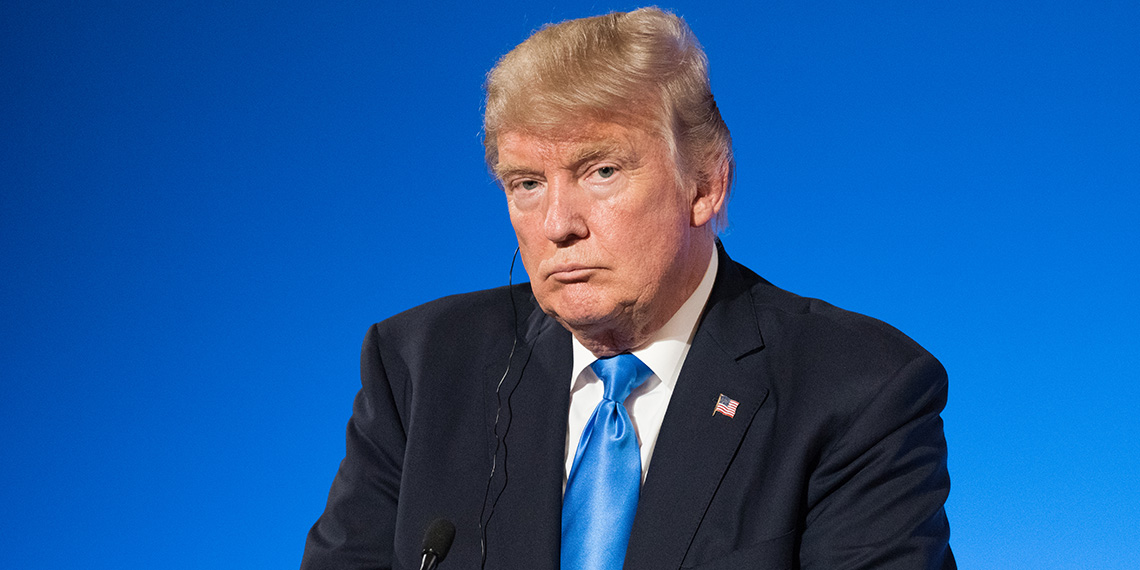 Trump Says He Was Just Inspecting The White House Bunker, Not Hiding In Fear

Last Friday, as protestors across the country marched to demand an end to police brutality, where was our President? Giving an inspirational speech? Meeting with protest leaders to find a way forward? Marching in solidarity? LMAO, not a chance. Instead, Donald Trump went to the White House bunker on Friday night, where he spent nearly an hour. As protestors gathered outside the White House, Trump was criticized for hiding and tweeting angrily rather than actually addressing their concerns, but now he has an explanation—he just had to inspect the bunker!

In the past, the bunker, formally known as the Presidential Emergency Operations Center, has mostly been reserved for use during terrorist threats, like the 9/11 attacks. White House spokesman Judd Deere said, “The White House does not comment on security protocols and decisions,” so we don’t know exactly how many times the bunker has been used, but it’s generally meant for pretty serious situations. Considering that protests outside the White House last Friday were largely non-violent, the President’s trip to the bunker seemed a little dramatic.

But there’s another explanation! In a radio interview with Brian Kilmeade of Fox News on Wednesday, Trump said of his ~visit~ to the bunker, “I was there for a tiny, little, short period of time, and it was much more for an inspection.” He continued on about this inspection that definitely happened, saying “I’ve gone down two or three times, all for inspection. And you go there, someday you may need it. I went down; I looked at it.”

So, just by a show of hands, does anyone believe this sh*t? I mean, I’m sure someone has to inspect the bunker periodically, but there’s a zero percent chance that the President of the United f*cking States is personally responsible for that. And in case you don’t believe my hunch, the PEOC, specifically, is reportedly designed to withstand the force of a passenger jet crashing into the White House, which I have a feeling is not the kind of thing you can test by just “looking at it.”

The likelihood of Donald Trump just randomly visiting the bunker—let alone “inspecting” it— on a night when, according to the Associated Press, protests in Washington “sparked one of the highest alerts on the White House complex since the Sept. 11 attacks in 2001” seems… low. And for a President who’s spent more than 250 days at golf clubs over the course of his Presidency (costing taxpayers more than $130 million), I really don’t buy that he’s doing some kind of important inspection on a Friday night. We know he was just hiding out.

Trump’s story about inspecting the bunker is an obvious attempt to make it seem like he’s not afraid of the protestors, but I think anyone with two brain cells to rub together knows that’s not what’s really going on here. Trump is a coward and a liar, and he has a convenient habit of backtracking when something he says or does makes him look bad. Just this week, he received widespread backlash for his “when the looting starts, the shooting starts” tweet, but he tried to explain it away, saying it was “spoken as a fact,” and that generally “looting leads to shooting.” I don’t think anyone but his most fervent supporters actually believe this stuff, but in a situation as serious as this, his words still have the potential to do great harm.

We can’t say for sure how many people will believe the bunker inspection story, but according to a new poll this week from Reuters/Ipsos, the majority of Americans do not think the President is handling the protests well. While his overall approval rating sits at 39% (his lowest in six months), only 33% of respondents say they approve of Trump’s handling of the protests. Clearly, the majority of people are unimpressed with Donald Trump’s leadership right now, and lying about the bunker isn’t the way to make things better.