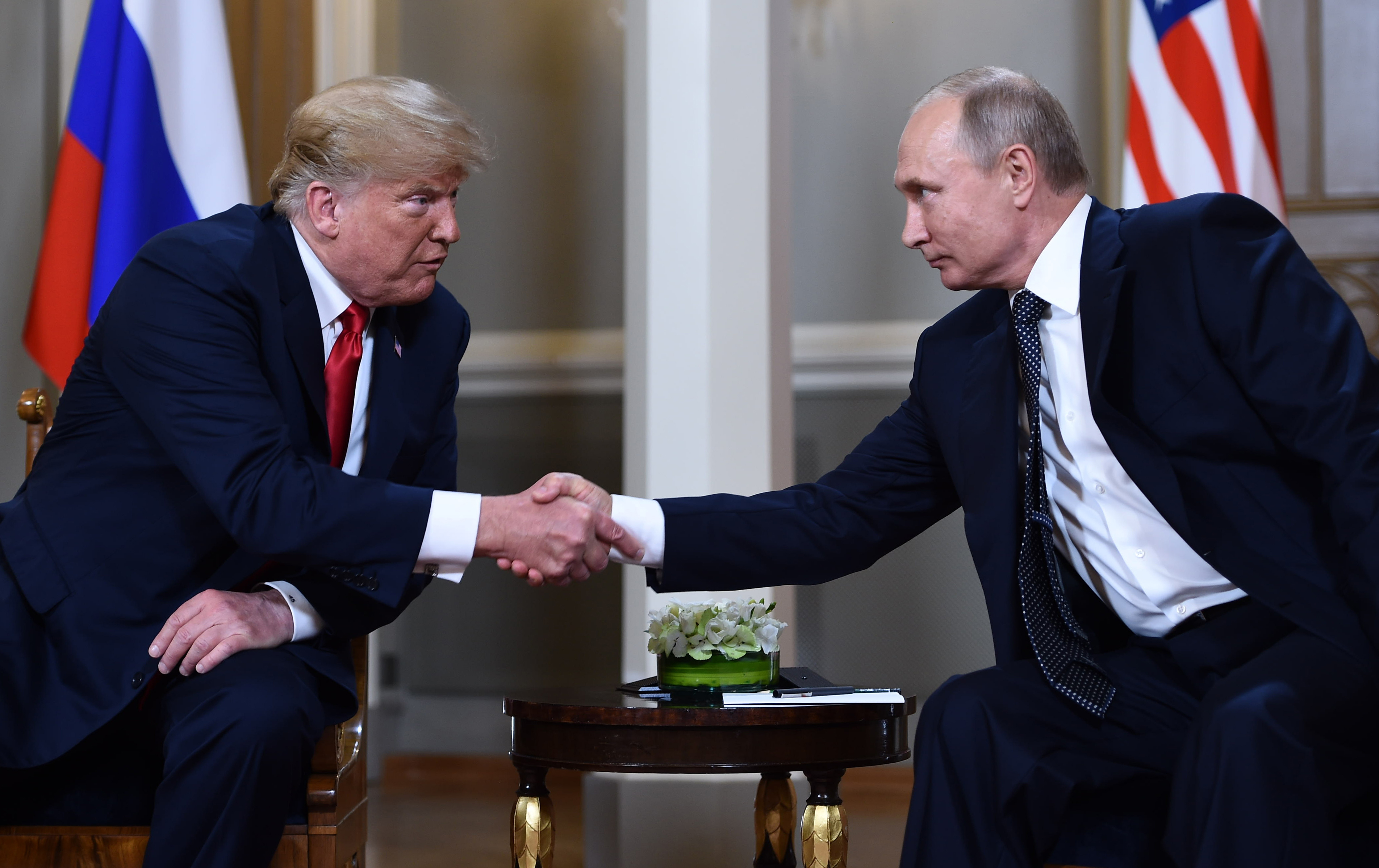 The 4 Craziest Moments From The Trump Putin Summit

Yesterday a very special one-on-one took place and no it wasn’t on The Bachelorette. This was a political one-on-one between our president Donald Trump and Vladmir Putin, the leader of Russia.The two met in Helsinki, Finland and had a private meeting that has left the entire world more anxious than the Handmaid’s Tale finale. It was like seven minutes in heaven but instead of wondering if there was kissing going on in there, we’re speculating treason. But don’t take my word for it, here’s what Former CIA Director John Brennan had to say:

Donald Trump’s press conference performance in Helsinki rises to & exceeds the threshold of “high crimes & misdemeanors.” It was nothing short of treasonous. Not only were Trump’s comments imbecilic, he is wholly in the pocket of Putin. Republican Patriots: Where are you???

Trump Threw the FBI Under the Bus

Despite the FBI saying that Russia interfered with the 2016 election and literally indicting 12 Russians in the hack of the DNC just last week, Trump has basically decided to believe Putin who said they didn’t, basically be cause he said so. It’s a real “he said- American intelligence agency said” situation that actually isn’t hard to take sides on at all! Trump didn’t come outright and say this but the shady SOB didn’t deny it and let his buddy stand next to him and say they didn’t interfere with the US election. You are the company you keep, sweetie! Don’t believe me? Here’s what Michael Steele, the former head of the Republican National Committee had to say:

“My people came to me…they said they think it’s Russia. I have President Putin. He just said it’s not Russia. I will say this, I don’t see any reason why it would be.”
–Trump

That’s how a press conference sounds when an Asset stands next to his Handler.

Perhaps we should have seen this one coming because Fox News is simply a propaganda channel suckling at the teat of Trump. But it still is wild to see Putin sitting down for an interview with Fox’s Chris Wallace like he just won American Idol or something. While Wallace was arguably tough on Putin at times and Putin was incredulous a journalist was asking him legitimately thorough questions, the whole interview was like a nightmare fan fiction diary entry of Trump’s.

But does that mean Fox loved the summit? Let’s let Fox Bussiness’ Neil Cavuto speak for himself:

Both sides are freaking out over Trump siding against the US and calling his the T word. (Traitor.) It’s truly the first moment of people reaching across the aisle and agreeing that things are very, very bad. Even Paul Ryan released a statement being like, “Trump, honey, no.”

There is no question that Russia interfered in our election and continues attempts to undermine democracy here and around the world. That is not just the finding of the American intelligence community but also the House Committee on Intelligence. The president must appreciate that Russia is not our ally. There is no moral equivalence between the United States and Russia, which remains hostile to our most basic values and ideals. The United States must be focused on holding Russia accountable and putting an end to its vile attacks on democracy.”

Of course, will any of this outrage from Republicans lead to action? I’m willing to place a million Russian rubles on “no.”

Our Relationship With Russia Is Terrible?

I don’t know what Trump thinks a good relationship looks like, but he seems to think whatever conspiring love fest we have going on with Russia is the worst in our country’s history.

Our relationship with Russia has NEVER been worse thanks to many years of U.S. foolishness and stupidity and now, the Rigged Witch Hunt!

This is the strongest he’s ever tried to gaslight us.  Someone please call National Grid.

Trump Is In Hiding

Following his meeting with Putin, Trump was interviewed by his other BFF Sean Hannity. I’m sure Hannity was feeling a bit bummed he was left out of the hang and wanted some quality time with Trump. Well, content of the interview aside, Trump’s skin is currently so orange he blended into the walls of the room the interview took place. What is he hiding from?

This is not as scandalous as the rest of the insane stuff that happened yesterday, but still feels noteworthy.