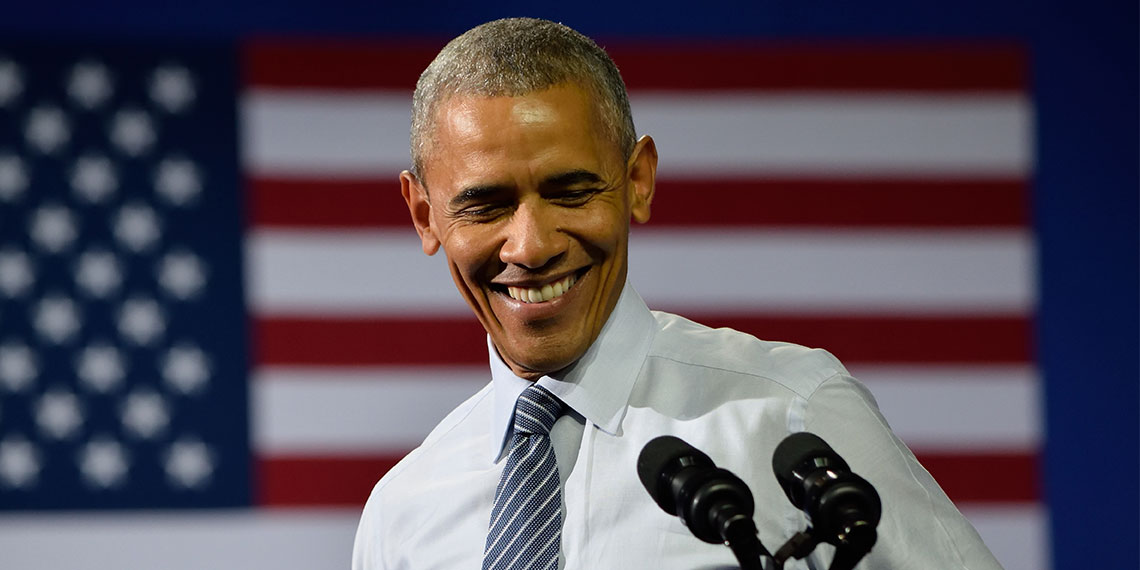 Oops, Trump Once Said Obama Would Start a War With Iran to Get Re-Elected

Welp, it only took one week for #WorldWarThree to start trending on Twitter in the year 2020. Great.

In case you haven’t heard — and if you haven’t, I highly suggest signing up for our daily newsletter or reading like, one article — Trump ordered a drone strike at Baghdad International Airport that killed Iranian Major General Qasem Soleimani. This is a BFD. Like, huge. Many  are calling it an assassination. So, as you can imagine, Iran is not happy with us.

Tbh, Iran has been unhappy with the US for quite some time, and our history with the country is complicated and to be frank, f*cked up, but I’ll let you do a deep dive on Wikipedia during your lunch hour for that one. All I’ll say is that war with Iran has sort of been bubbling up for a while, but has been kept somewhat at bay. Presidents George W. Bush and Barack Obama both had options to target Soleimani, but opted not to given the possibility of, you know, global warfare.

This is the most direct act of confrontation with Iran that the US has undertaken since Trump withdrew from the Iran nuclear deal, which that country now vows to no longer observe. Furthermore, Trump didn’t inform leading members of Congress about the attack until after he had done it. So, he p much just decided to start a war all on his own and went through with it without talking it over. Dope.

People have some opinions on the matter, if you can believe, but one opinion that has come to light is that of a slightly younger Donald J. Trump himself. Back in 2011, when Obama was seeking re-election, Trump theorized that he would start a war with Iran in order to win. He even tweeted about it, because of course he did.

A video has also resurfaced in which Trump says he thinks Obama will start a war with Iran to get re-elected, which Trump calls “pathetic.”

Have you ever noticed how people who make up bullsh*t about other people are often just accusing them of doing something they themselves would actually do? In other words, it looks like Trump’s mind is the one that came up with the idea of starting a war with Iran to get re-elected, not Obama’s, and now that Trump is seeking re-election, he’s putting that f*cked up idea to work. Nothing like starting a literal war in order to protect your ego.

So, how is this all going for Trump as of now? Not well, betch! After the news broke online, people immediately started criticizing Trump’s seemingly spontaneous decision. Of course, some people stand with him, and he himself defended his decision at first as a way to stop a war, not start one.

If Trump wants to destroy Iran he should just become their president.

Anyway, I wonder if there will ever be a time where Trump’s weird obsession with Obama won’t lead to him doing dumb sh*t, like running for president, gutting healthcare, and starting a war with Iran? Probs not!