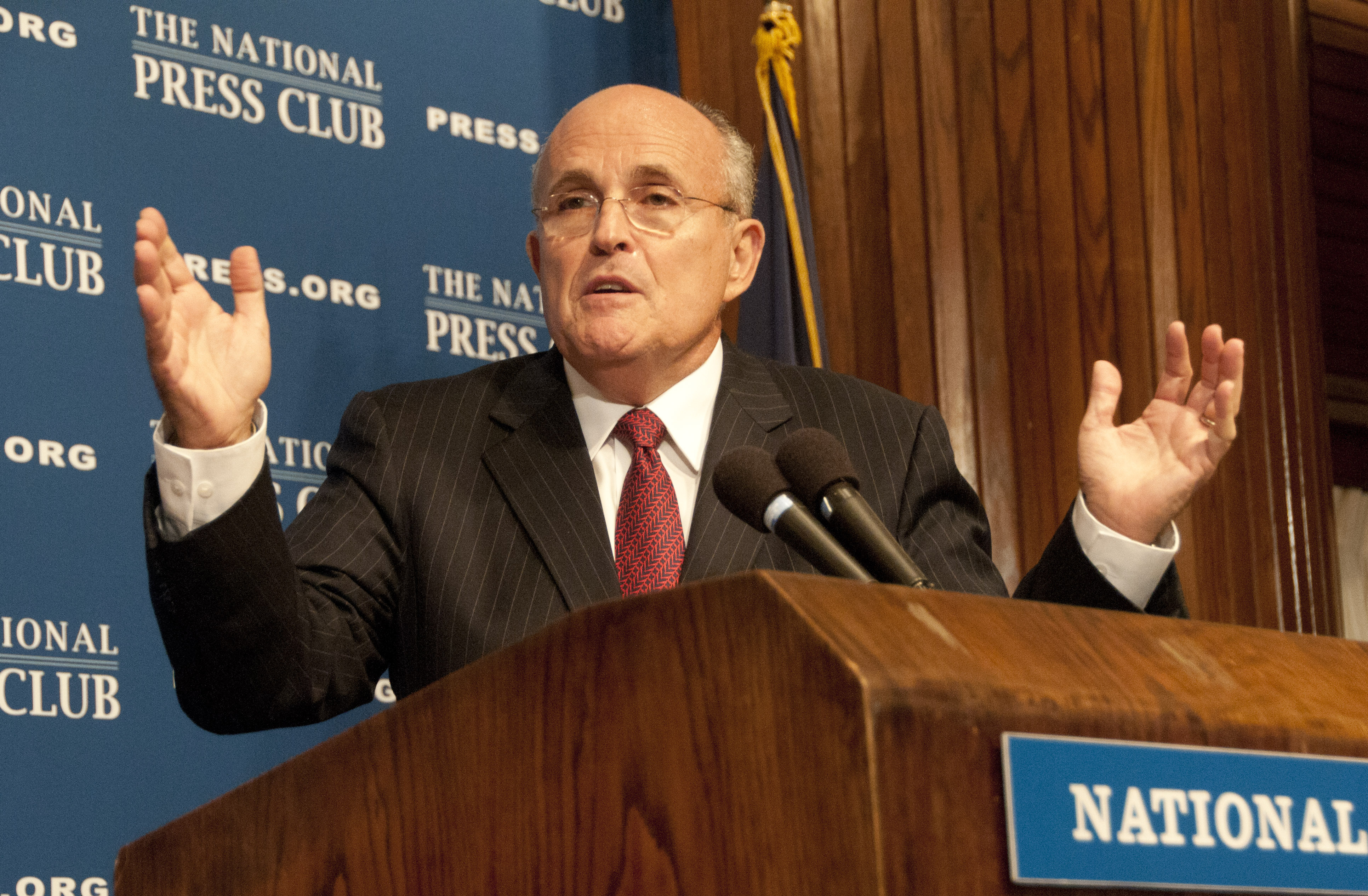 Sometimes things get so hectic and unbearable we’re forced to resort to the internet’s purest form to calm us down: A listicle. Today’s list is a ranking of our presidents lawyers from “dumbest kid in our middle school” (aka least dumb) to “lethally and dangerously dumb” (aka most dumb.) Enjoy.

One look at Ty Cobb and you can tell this dude is into historical reenactments. Probably strokes his mustache and muses about how things were simple way back when women and minorities couldn’t vote. Just a guess. Anyways, Cobb “retired” from Trump’s legal team as of this week but it felt mean to kick him to the curb so quickly. He is the smartest of the bunch because he decided to step down of his own volition. That’s called taking initiative, sweetie. It doesn’t erase all your bad deeds but it could lessen the punishment!

Ty Cobb looks like a man who got caught sabotaging a competitor’s onion so he could say that he grew the world’s largest onion. pic.twitter.com/bYYHVvizx4

Kasowitz is exactly who you’d imagine if you heard the sentence, “Trump’s lawyer tells stranger to ‘watch your back, bitch’ over email.” He has beautifully coiffed ice white hair that matches his soul and hides lots of secrets like, say, the pee-pee tapes. He also once misspelled “president” in the first line of a legal document because of course he did.

Remember those questions that Mueller sent to Trump that were leaked and we wrote about earlier in the week? Yeah, turns out Mueller didn’t actually write those questions. Jay Sekulow did. So Trump’s fake outrage over them being leaked is outrageously embarrassing, just like everything else in this administration.

Michael Cohen is dumb in the way you’d expect Trump’s lawyer to be a complete dumbass. His face constantly looks like he was just shit talking his wife and she walked into his man cave and caught him. He’s perpetually dressed for his eighth grade graduation. Aside from paying off Stormy Daniels and being incredibly shady about it, what earns him a spot so high on the dumb lawyers list is that he literally attended what is considered the worst law school in America. No, not like Yale isn’t as good as Harvard dumb. We’re talking Thomas M. Cooley Law School in Lansing, Michigan, where fewer than half the graduates pass the bar exam. Really repping them well, Cohen! Great job!

All lists eventually lead to Giuliani. Like all good lawyers to the most powerful man on the planet, Giuliani went on Sean Hannity and – what’s the legal term? – just winged it with no prepared statements at all. So what did he let slip? Oh just that Trump did, in fact, reimburse Cohen for paying off Stormy Daniels, something Trump has been adamantly denying or avoiding for months now. Not totally sure what the legal strategy for that move was but I have a slight guess Giuliani might not hang around on the team too much longer. But no worries. If he gets let go, he’ll have a desk waiting for him at Fox News.