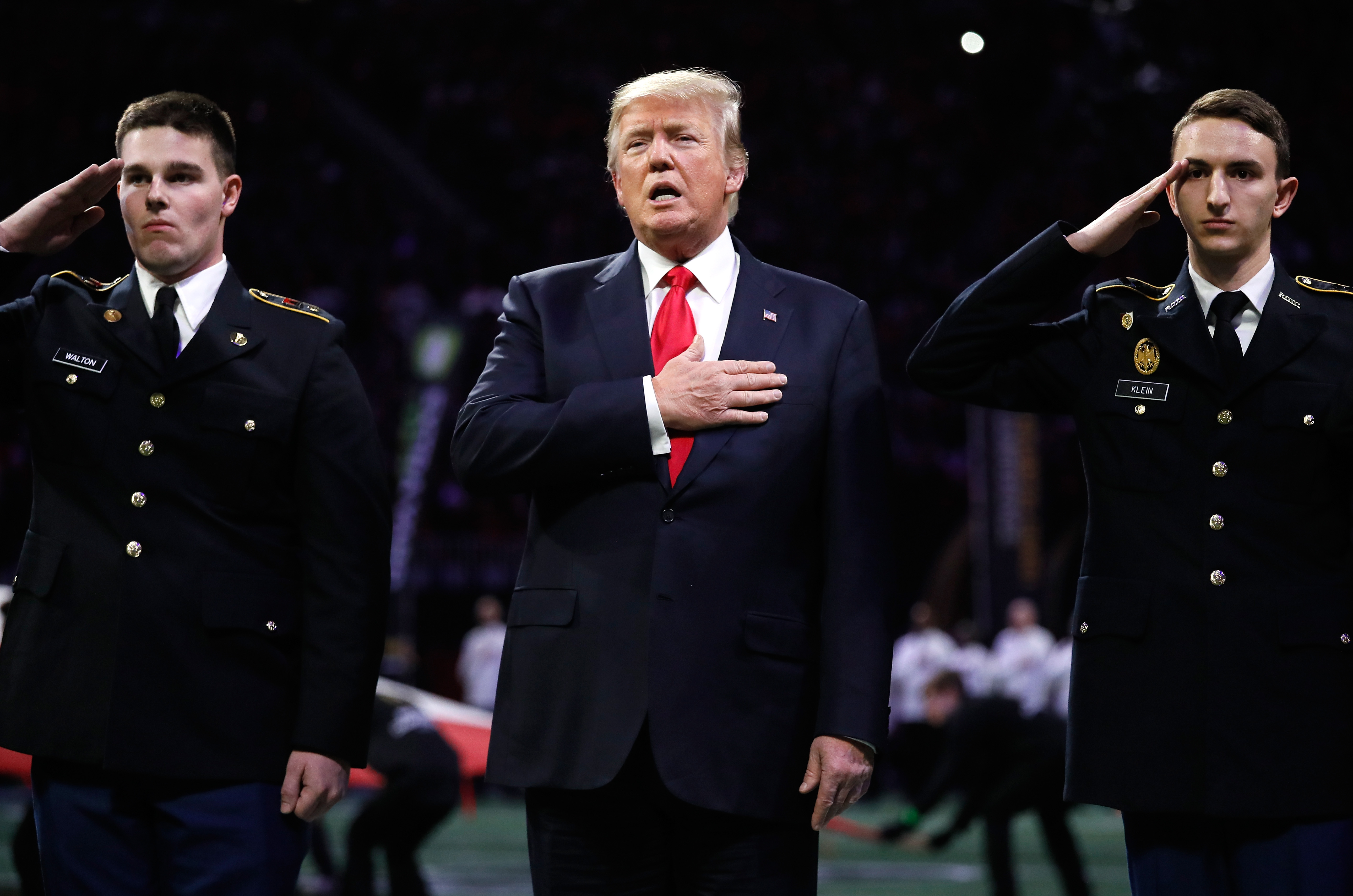 The White House released a long and boring statement about Eagles players committing and then backing out, which just reads like the hungover group text my friends have about brunch every Sunday. Trump interpreted their flakiness as them choosing to stay in the locker room and being “just as disrespectful as taking a knee during the national anthem.”

The Philadelphia Eagles Football Team was invited to the White House. Unfortunately, only a small number of players decided to come, and we canceled the event. Staying in the Locker Room for the playing of our National Anthem is as disrespectful to our country as kneeling. Sorry!

Damn, that’s a lot to unpack. First of all, I thought Trump loved locker rooms. What about all that fun and flirty locker room talk?

Switching the event to a “celebration of America” instead of a celebration of the Eagles is sort of like if you planned a birthday party for your friend and your friend asks to reschedule and then you just decide to just have it anyway as a party for yourself. We already have plenty of celebrations of America, the most famous of which is coming up in only a month. Fox News declared the new event’s purpose to be to highlight “why Americans stand for the National anthem.” However, two guests did choose to take a knee during the anthem which seems far less disrespectful then Trump pretending he knows the lyrics to “God Bless America,” at a celebration of America as our American President. Trump sang through one of our country’s most famous songs like me when I thought “Hollaback Girl” went “there ain’t no harm in that, girl.”

For someone who is so passionate about respecting patriotic ballads over protesting racial injustice, you’d think he would bother to learn the words. In classic Trump style, though, he confidently sang along with the Marine Band and Army Chorus by contributing only the words he could guess like your drunk friend who always chooses “Baby Got Back” at karaoke. He comes in strong at all the “hers” and then really goes for it at “prairies.” At one point, he just bails completely and starts to bop his head like a confused dad at his kid’s school musical.

Pres. Trump, though standing, does not sing "God Bless America" word-for-word, nodding along to melody as military chorus sings "through the night with the light from above" https://t.co/SvRFR0SLJu pic.twitter.com/UlBL0NlgoB

Let’s all hope that before July 4th, the real celebration of America, Trump studies up on our country’s greatest pop hits. Excuse me now while I lol to this video until I forget all the words myself.