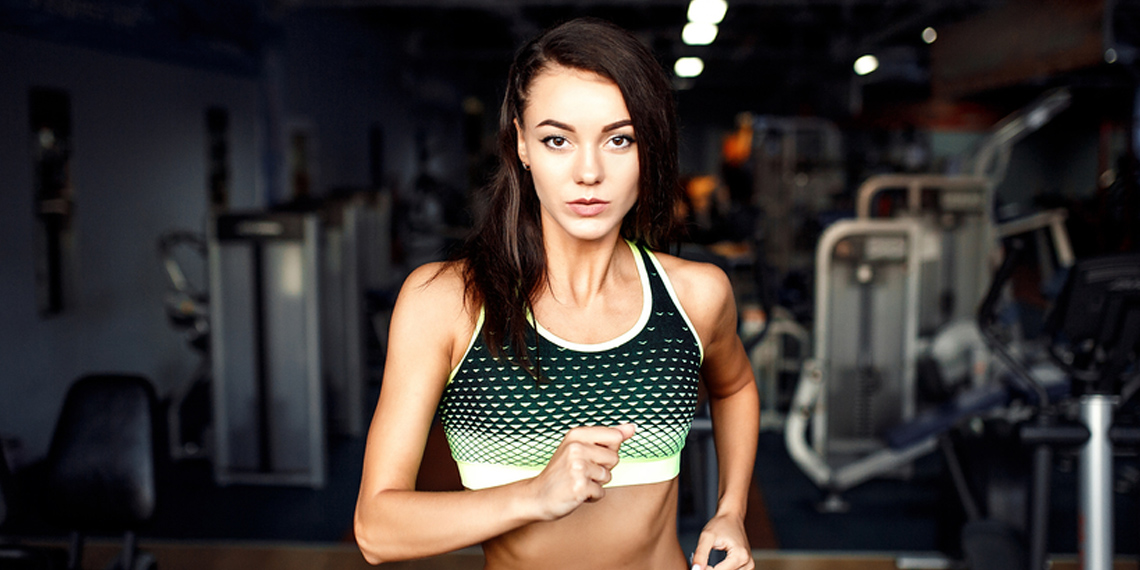 I’m down to try any type of workout, but I’ve never gotten into running. I mean, you’d probably think otherwise if you saw my collection of Nikes, but they’re strictly for show. I’ll say yes to Pilates, spin, weightlifting, yoga, you name it—but when it comes to going on a simple run around the block, it’s a no from me. So, when I heard about Mile High Run Club, where you run on a treadmill next to 20+ other chicks in matching Fitbits, I was like, this probably won’t be my thing, but let’s give it a try anyway. Here’s how it went.

Mile High offers different types of classes depending on what type of run you’re looking for, so I had to decide which one would suit me best. There’s a “High 45” where you’re running for 45 minutes straight, a “Dirty 30” where you’re doing the same thing for 30 minutes, a “Distance” class that sounds like I’d rather die, and finally, a “Dash 28,” where you spend 28 minutes running and then about 10 minutes doing some kettlebell work. 28 minutes is, like, one episode of The Office, so that seemed like the obvious option for me. I booked a treadmill at the back of the room, closed my computer, and said a quick prayer.

I went to Mile High’s Noho location on a Sunday morning, and I immediately noted how cute the studio was. It kind of looks like SoulCycle, but with more purple lighting and less candles. Oh, and lots of treadmills. I think they use the same ones at Barry’s Bootcamp, so right away I had a feeling of PTSD as soon as I stepped onto the thing. The instructor, Sam or Scott or something, seemed decently nice and explained how the class would go down. As you’d expect in any $34 boutique fitness class, everyone was wearing the same pair of Lulu’s, including me. Oops.

Once the class started, I was pretty surprised with myself. Like, not to brag, but I was totally keeping up with the speeds and I even adjusted my treadmill’s incline a few numbers higher than the instructor told us. (Honestly, that part was an accident, but whatever.) By the end of our third sprint, I was like, “Wow, that class went by so fast.” Then I looked up at the clock and it had only been 12 minutes. Fuck.

The rest of the run went downhill from there, but obviously only metaphorically because the instructor wouldn’t give it a rest with these goddamn inclines. It probably wouldn’t be hard for you if you run regularly, but I haven’t stepped on a treadmill in like, six months, and plus I really had to pee from the giant cold brew I chugged before the class. Rookie mistake.

The one thing about running on a treadmill is that you need to be somewhat distracted the whole time to forget you’re running on a treadmill. I have to say, the instructor did a good job with that part. Even though I was nauseous and exhausted the entire time, his playlist was solid and he talked us through the running, giving us cues on form and little bursts of inspiration to keep going. I mean, it wasn’t like preachy “give to this workout what you want to give to the universe” bullshit, but it was enough to keep going without falling over.

So, after what seemed like a full day, we were allowed to power off our treadmills and were told to grab a kettlebell for the strength portion of the class. I took one of the heavier kettlebells compared to what other people were taking, but I just wanted to feel good about myself after the shit show that was the running part of Mile High Run Club. I was happy I took the heavy weight, because this part of the class ended up being pretty damn easy. I mean, it was 10 minutes. That’s usually how long it takes me to put my hair in a ponytail before the workout. We did some renegade rows, squats, and a couple ab exercises, and then the class was over.

The bottom line with Mile High is if you’re into running, you’ll like it. The instructors seem super knowledgeable, and the class is structured really well. I appreciated the pretty locker room and the music choices, so points for that. With that being said, if you already hate running, it might not suddenly make you do a 180. So while I might not be signing up for a marathon anytime soon, there’s a good chance you’ll love Mile High. You might even make a friend in the locker room that you can run your next half marathon with. Enjoy each other. Call me when you’re finished running and want brunch.