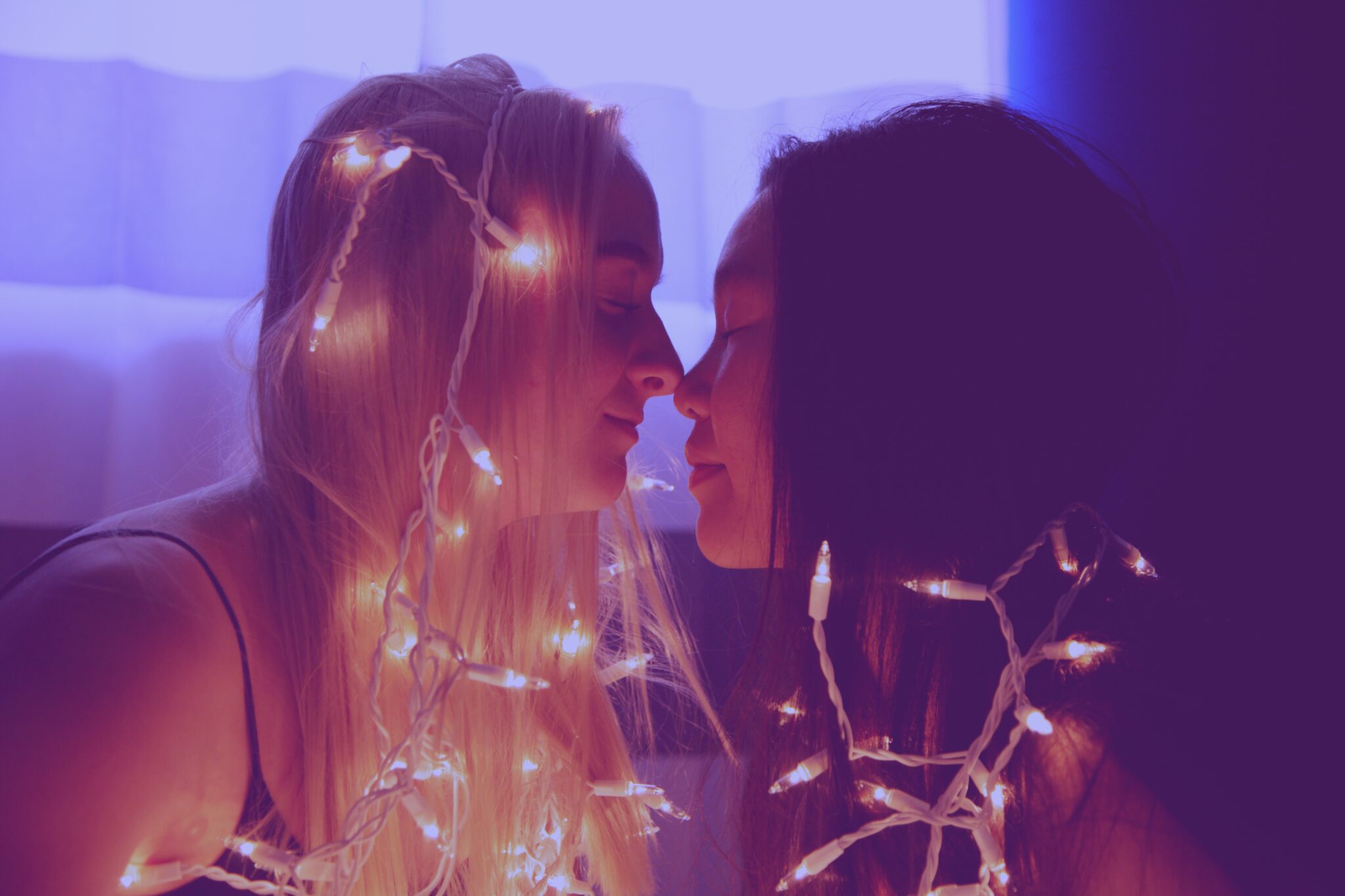 We have to stop treating oral sex on women as only foreplay. That’s a petition I would sign. Oral sex is nuanced and sexy, and referring to it as foreplay reduces it, as the word itself implies that oral is a lead-up to a bigger event. And while it can be, it shouldn’t always be. Going down on a woman is all about her and her pleasure, and there are few things in the world hotter than that, hand to Bible.

It’s also one of my favorite hobbies, right up there with red wine and lying down. Going down on a woman is a wildly different experience than typical sex. It’s more sensual and honestly involves a lot of vulnerability for both parties. It’s a literal baring of the most personal part of your body to someone else’s face. And because the vulva and vagina are between the legs, not flapping around in the breeze like a guy’s junk, oral sex on a woman is that much more intimate. It isn’t that a penis is less intimate than a vagina; it’s just that it’s more visible, and that generally makes it less mysterious.

There are also a lot of misconceptions out there about going down on lady parts. Girls seem to think that guys can be reluctant about it, because women have been taught or convinced that their vagina, labia and/or vulva look weird, smell weird, or are otherwise somehow undesirable to have near someone else’s face. Guys, however, regularly snap photos of their dick and send them out like Christmas cards. On the flip side, however, guys can also be a little intimidated to go down on a woman. It’s a lot of pressure, and it’s definitely not something you can dive into half-assed.

With guys it’s all laid out there, ready to go (the penis, I’m talking about the penis) whereas us girls have plenty of nerve endings to enjoy—they’re just not quite as physically obvious. No, it’s not that hard to find the clit by any means—that’s another myth perpetuated by the lazy—but getting a girl off is admittedly a bit more complicated than getting a guy off. Whereas blowjob technique is basically universal for men, there’s no universal guide for going down. What works and what doesn’t is different for every single vagina-haver out there, although there are a few baseline similarities. The vajay is simply a bit more temperamental than her male counterparts. She needs attention, consistency, and a little time. Like all divas, the clitoris is more than ready to bring the house down, but first she’s going to need some sparkling mineral water and a bubble bath. Ya feel? But rest assured, she’s got everything you need for mind-blowing oral with just a couple tips to help you give her what she’s looking for, aka, a toe-curling orgasm. There are plenty of ways to rock her world, so let’s get stoked about cunnilingus! (Sorry. There’s just no way to make that word sexy.)

“What?!” you might say. “What about all those weird tips about writing the ABCs or rolling your tongue?” Yeah, that’s not a thing. You should definitely take your time and not rush things. And while some variety in the beginning in terms of pressure and tongue direction is great, the real thing that’s going to get someone off is consistent, repetitive movement in one targeted area. There’s plenty of room to play down there, but just know that if you end up too far off the map, it basically feels the same as if you were licking the elbow. The exact technique and location needed vary from person to person, but a lot of guys don’t know this basic information and, through no fault of their own, spend a lot of time all over the place when the real money area is in a much more focused zone that needs consistency above all else. Switching things up after finding what’s really working is not the move. A woman’s orgasm is a slow build, and if you move or change what you’re doing right when she’s getting into it, she’ll plateau, and no one wants that.

Most people have oral sex in the same position (girl lying on her back, partner lying between her legs), but there are plenty of alternatives. The way that your body is tilted or leaning can change which muscles are involved and dramatically affect not only how easy it is to orgasm, but also how powerful it is. Just for example, the 69 position—either on your side or with someone on top of the other—is an option. There’s also having him lie on his back and having the woman straddle his face, or a simpler switch-up like having him stand or kneel on the floor with her legs hanging off the edge of the bed. For those who enjoy penetration, the combo is also a nice twist. Just make sure to fully commit to the position you’re in so that she can spend her energy enjoying herself and not worrying about whether or not you’re into it.

Especially if you’re unsure or don’t have a lot of experience giving oral to women, it never hurts to do some research on your own time so you can be informed as to where, exactly, everything is located. The clitoris makes up a small portion of the vaginal area, but is so significant that understanding those nerve endings can only benefit everyone involved. It never fails to shock me how few people (both men and women!) are clueless about the actual anatomical layout of the vag and vulva. There are three holes down there, people. And speaking of the third, as long as you are both comfortable, involving ass play with your oral is a great idea. Oral sex is one of those things that is better messy, much like a blowjob, so getting down and dirty with some emphasis on the dirty can be super hot. Again, ask first.

One last thing: as stated earlier, communication during this—and all sexual interactions—is vital. It’s important that everyone is on board and enthusiastic about what’s happening. But that being said, a woman also shouldn’t have to coach you every little step of the way. Having to guide and instruct the person down there becomes like another job, and not only is that not sexy, it puts the entirety of the event on her shoulders. The whole interaction is a two-way street, and it’s between the two people involved how it all goes down (pun intended), but don’t make her also be a teacher in her time off. Tune into her signals and what her body is telling you in addition to asking for verbal clarity when you need it. There’s a difference between wanting to give her exactly what she wants in terms of oral and just getting down there and waiting for further instruction like she’s placing her drive-thru order. One implies that you want her to truly enjoy herself, and the other makes it seem like you’re doing her a great favor. And you aren’t. She’s doing you one. Recognize.