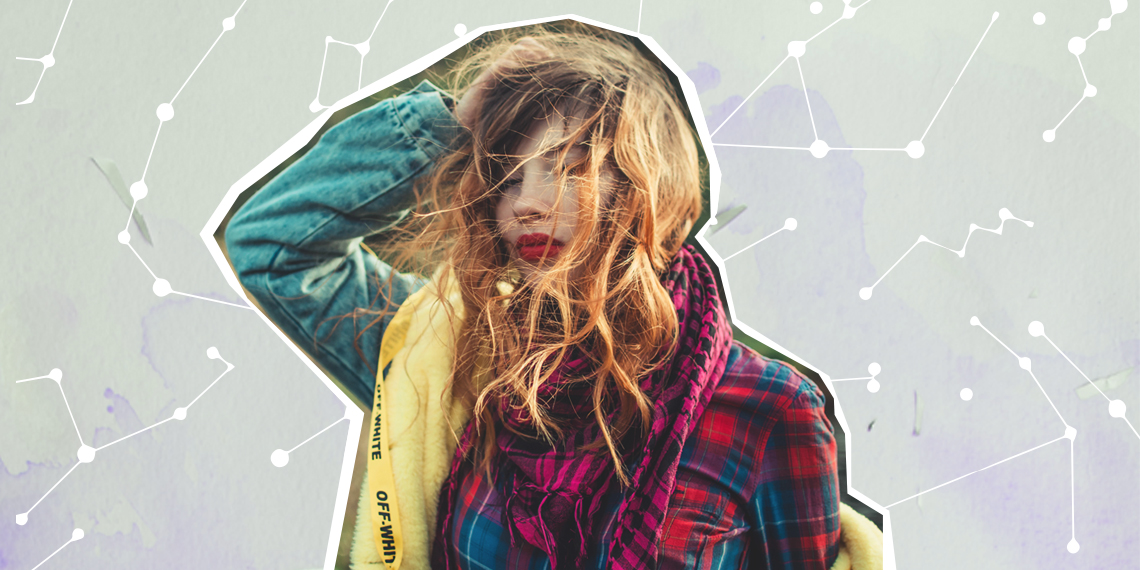 To Stay In Or Go Out? Weekend Horoscopes January 3-5

Because I have no faith in committing to bettering myself for an entire year, New Year’s resolutions aren’t really my thing, but for those of you who vowed to improve your lives by like, going to the gym and ~traveling,~ you’re probably excited for the first official weekend of 2020. This horoscope is for you guys. If you need some guidance on how to start the new decade, look no further. According to yearly-horoscope.com, “2020 will be a year when all the zodiac signs will be able to take advantage of a new beginning, both in their personal life and financially.” Lol, could this be a little less specific? Can’t wait for what’s to come!

Aries likes to be number one at everything they do, so you guys are def fans of making New Year’s resolutions, because doing so just gives you an opportunity to meet a goal. Overachievers like you may be annoying as hell to those around you, but you don’t give a f*ck because you’re here to win. This weekend, you’ll spend your days making spreadsheets of your five-year plan and spend your nights telling people about them. You’ll want to get your life on track this weekend so you know what to expect for the year ahead, but don’t spend too much time on this because, if our government has taught us anything, it’s that all plans fall apart rather quickly. Use this opportunity to be a little more adventurous, ya know? Explore a new neighborhood at the very least.

From both the internet and my Taurus friends, I’ve learned that Tauruses “enjoy relaxing in serene, bucolic environments surrounded by soft sounds, soothing aromas, and succulent flavors.” Wow, deep. Anyway, even though Tauruses are described like literal babies, they’re nothing if not down for whatever, so take a seat and let your friends do the planning this weekend. Expensive dinner? Sure. Stay in with a bottle of Pinot? Sounds delicious. Go out until 5am? Fine, whatever. Take this time to mute your group chat until someone puts forth a time and place, then just meet everyone there. You do you, Taurus.

Geminis are impulsive, nosy, and intelligent creatures who like to know everything about what everyone’s doing. You check everyone’s Instagram stories not because you love them, but rather, because you want to know where everyone is so you can make an educated decision on where you’ll be posted up. Geminis can’t be tied down, so maybe don’t meet up with the guy who spent your whole first date telling you how much you’d love his parents. Stick with Mr. Right Now this weekend, because starting a new decade in a will-we-won’t-we war just doesn’t sound like your cup of tea.

Anyone under this sign may claim to be psychic, because Cancers are famous for being able to pick up on various energies. OMG, it’s like they have a fifth sense! I mean, picking up on energies is a fancy way of saying you can read a room, so congratulations on not completely lacking empathy. You’ve been going hard all damn year, so take this weekend to chill with friends. Nothing crazy or expensive. Maybe invite your friends over for a potluck dinner where all you have to provide is the table and your friends bring everything else.

Leos are known for being theatrical, and they think of themselves as kings and queens. Honestly, I was born into the wrong sign, I think. Anyway, Leos are happy to be the loudest in the room and love to have all eyes on them. If you’re a Leo, this weekend take your quieter, more subdued friends out on the town where you can drink and dance until you can’t no more. This is your time to start the new year with a f*cking bang, so throw on a blue wig and go to an underground salsa club, or slip into your finest and end up at a 5-star hotel bar, the night is yours to own.

I am a Virgo and I proudly fit into the little box presented to me: Virgos have a deep-rooted presence in the material world. Yeah, sounds about right. Obviously, there are a lot of more down-to-earth qualities Virgos possess, but none that relate to this weekend specifically. Go shopping this weekend. You just got paid, so spend that hard-earned cheddar on that pair of boots you’ve wanted since last summer, then take them for a little walk around your favorite bar. If you’re really feeling yourself then be bold and invite the guy you’ve been seeing for a little while. It’s time for him to finally meet your friends already.

It is my personal belief that all Libras change their names to something like Juliana and become yoga instructors, because Libras are obsessed with balance and harmony. Right on, I guess? So start the year on a good note and find your center. Whether that means hot yoga, vegan pizza, and an early night, or a romantic dinner date with your SO, do you. You won’t be persuaded to join your friends for an all-night banger, so maybe just put your phone on do not disturb until the weekend is up. That seems like something Libras would do anyway.

Scorpios are as passionate as they are emotional, so maybe do yourself a favor and take it easy this weekend. By going out, you’re just setting yourself up to get in a fight with your boyfriend and regret the whole thing the next day. Instead of going out, keep it casual and invite everyone over for wine and cheese. I mean, everyone likes wine and cheese, right? What could go wrong?

You guys don’t do anything unless you’ll learn something from it. You’d make my dad so proud! You’re pretty much up for anything, so if the crew wants to go out, join them! When you drunkenly text your ex 87 times, you’ll learn a valuable lesson that will keep you on an upward trajectory. You generally don’t regret anything (like, anything) because you’re always on an educational path that is leading you in the right direction. So if you want to crush the last of the bottle, do it!

Capricorn is represented by the sea goat, a mythological creature with the body of a goat and tail of a fish. Wow, swipe right! The significance of the sexy dual-creature situation is that Capricorns are good at navigating physical and emotional realms, which makes you an ideal friend in situations like “What should we do tonight?” You’re the decision-maker and your friends are grateful for you. This weekend, see how you feel before setting the plan in motion. If you want to go out, do it. If you’d rather stay in, your peeps are down. The weekend is your oyster.

You guys are assertive and independent, so if your friends are all tired from their NYE parties, but you want to go out, you’ll do it. Grab a small group of your friends and head to your favorite bar to see where the night takes you. It may even take you to uncharted territory, but since you’re such an explorer, you’re okay with that. Maybe you’ll even meet someone who strikes your fancy along the way. Sold!

Generally, Pisces have a little trouble distinguishing between reality and fantasy, but you don’t really care. Managing expectations is not something at which you’re particularly skilled, but if fantasizing that the sh*tty college bar your friends dragged you to will end with your long-time boyfriend finally proposing, more power to you. You see the best in everything, so you tend to be happy to do whatever the crew wants to do. Just go with the flow and wear something cute, because you never know what’s going to happen!