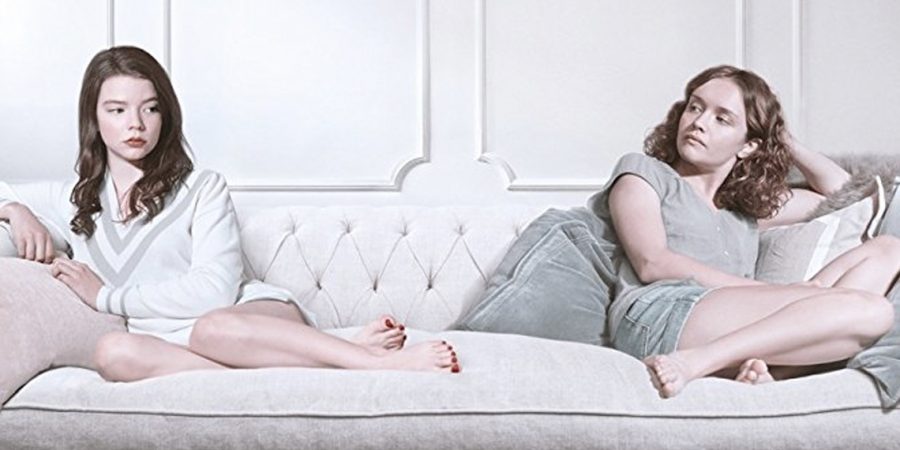 If you thought Blair Waldorf’s schemes were evil, wait until you see the trailer for Thoroughbreds. On the surface it’s an odd couple story about two hot girls in serious need of therapy who decide to kill a shady-ass step dad while probably figuring something out about themselves along the way. I mean, who hasn’t thought about taking down the horrible men in their lives at some point? Thoroughbreds is like Heathers, if instead of girl-on-girl crime, the girls are saying “time’s up” to the patriarchy.
If murder and horror are not your thing, don’t worry because this is not what that is. In this movie, the killers are two teenage girls who seem like two girls you don’t want to get caught telling to “smile” on the street. You root for the killers because as fucked up as they are, the world around them is more fucked up. Plus, they’re rich girls who are in love with themselves, so we kind of love them too.

Typically we say never trust a betch who can cry on command while sober, but when it comes to movies we’ll root for these girls all day. And the beginning of this trailer shows one of the girls, Amanda, turning on believable tears just to show her friend Lily how easy it is. They’re complete opposites because while Amanda can fake cry, she doesn’t feel any real emotions. And Lily is about as dramatic as can be, feeling depressed and upset at everything.

Remember how good Breaking Bad was, even when Bryan Cranston was literally murdering and hacking up bodies? Well, this movie has got elements of that while still staying as chic as Cheryl Blossom in Riverdale. Come to think about it, the trailer also indicates that this film has that dark “I’m sexy but I’ll probably murder you” vibe Cheryl keeps giving off. Plus, the drug dealer they hire to murder Lily’s step dad ends up in a bathtub, which is like iconic Breaking Bad. Basically, we can expect some fucked up scenes led by these two badass girls.

If you’ve seen The End of the Fucking World on Netflix, you’ll probably dig Thoroughbreds. It’s got that dark vibe while also staying sweet in its delivery. Basically what we’re saying is Thoroughbreds is named after something expensive and it’s about frenemies, and you should watch it when it comes to a theater near you March 9.