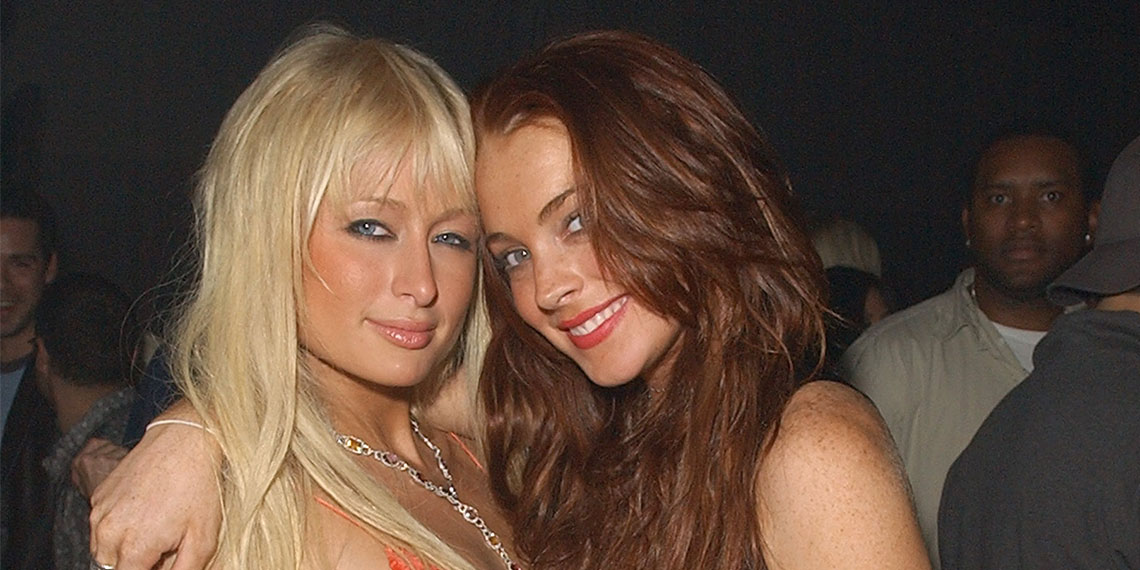 This Twitter Thread Explaining The Iconic Photo Of Britney, Lindsay, & Paris Is Epic

In these trying times, it’s important to find things that still bring us joy. For some people, that might be deep cleaning their kitchen or watching inspirational videos, but those things just don’t do it for me. But you know what does? Reliving the minutiae of celebrity drama from 2006. On Sunday night, Twitter 2000s expert popculturediedin2009 posted one of the most important threads ever, and we must talk about it. This is the story of the iconic photo of Britney Spears, Paris Hilton, and Lindsay Lohan in the car together, and (no pun intended) you better buckle up.

Responding to another tweet thread purportedly explaining the photo, pcd2009 decided it was time to really get into the facts. What follows is an absolute treasure trove of 2000s relationships, feuds, and tabloid videos—truly a feast for any pop culture addict.

alright so i’m seeing too many of these threads detailing mid-aughts it-girl drama with few facts in sight so it’s about time i dusted off a history textbook (my extensive tabloid collection) and relayed the REAL gossip for you all https://t.co/rq1N78LkGl

For the most part, this story revolves around the complex relationship between Paris Hilton and Lindsay Lohan. Britney Spears is important too, but she’ll come in later. In 2006, Lindsay and Paris were both at the height of their tabloid fame, and they were both out partying like, every night. Lindsay was also only 19 years old, which is insane, but that’s a whole different issue.

Here are some other key players who you’ll need to know:

Brandon Davis: A less-hot oil heir who hung out with the same crowd. He had formerly dated Mischa Barton, and had publicly called out Paris for using racial slurs.

Elliot Mintz: Paris Hilton’s publicist, who literally looks like an Oompa Loompa. In 2006, it was basically his job to follow her around to clubs and fix whatever messes she caused. Like Olivia Pope, but sleazier.

In the thread pcd2009 cuts to the chase, saying that the inciting incident that led to the iconic photo was in the spring of 2006, when Paris and Stavros broke up for the first time. Soon after that, he was spotted out with Lindsay, and was caught leaving her hotel room in the morning.

while they’d had their share of drama beforehand, the key stretch that leads up to the aforementioned ‘britney, lindsay, paris’ photo begins in the spring of 2006, as paris and stavros suffer their first (of many) breakups. pic.twitter.com/FP9KABHIIh

According to the thread, Paris and Lindsay already had their issues (partially involving Nicole Richie), and Lindsay hooking up with Stavros obviously didn’t help. A few nights after that, Paris and Brandon Davis were caught by the paparazzi leaving the club, and Brandon went off on Lindsay. In this infamous video, he calls her “firecrotch” over and over again, and also says she’s “really poor” because she’s only worth 7 million. Paris is smart and doesn’t say anything, but she’s laughing the whole time.

My favorite part of this video is Elliot Mintz. He’s right there in a suit and tie, looking like he’d rather die than have to deal with this. At one point, Brandon pulls him by the tie, and I really thought Elliot was going to slap him. I hope this guy was getting paid a lot off money to put up with this bullsh*t every night.

The video went viral by 2006 standards, and Brandon ended up going to rehab because his family was so pissed. That is, after he was spotted wearing a “Team Firecrotch” T-shirt. Classy! After getting out of rehab, he allegedly recorded a song called “Firecrotch,” but it was never played in public, and sadly, there is no trace of it on the internet. This seems wrong. Like, shouldn’t the Library of Congress be preserving these important historical documents? I’m upset.

So that was the spring of 2006. Over the summer, things mostly just simmered. Paris and Lindsay occasionally ran into each other or made shady comments, but nothing really blew up. Then came fall. Paris reignited the feud by hooking up with Lindsay’s ex Harry Morton, and LiLo didn’t appreciate it. In what might be my favorite paparazzi video of all time, Lindsay clearly says “Paris is a c*nt,” then denies saying it just SECONDS later. God, I would literally give anything to go back to 2006 right now.

come fall, paris strikes again by getting cozy with lindsay’s ex, hard rock scion & pink taco founder harry morton (RIP), fueling lindsay’s now-infamous “paris is a cunt” comment as she made an exit from a party at the roosevelt hotel in early november. pic.twitter.com/RVkAZTKgZp

Around this time, Paris Hilton started getting close with our third major player, Britney Spears. And by getting close, I mean that they were getting wasted with each other every night, and were also clearly buying their fried blonde hair extensions from the same place. Looking back, it’s actually kind of wild how rough they look in these photos. Now, every celebrity has a glam team at the ready, but there’s not a hairstylist in sight here.

by then, paris had also acquired a new pet for her menagerie: britney spears, newly single after kicking k-fed to the curb and now partaking in nightly crotch-flashings with paris, to both our devastation and morbid fascination. pic.twitter.com/78C9UC424V

And now, we’ve finally arrived at the historic night. November 27th, 2006. The night when it all went down. At around midnight, Lindsay Lohan talked to the paparazzi in a parking garage. In the video, she eagerly shows them a bruise on her arm, saying that Paris Hilton “hit me last night, for no reason apparently,” and also that Paris poured a drink on her.

after a party in late november, a distraught lindsay approaches paparazzi to show a bruised arm, alleging paris had hit her. pic.twitter.com/6iyQkF3VCU

So that was midnight. Fast forward a few hours, and it was a very different story. Lindsay was hanging out at Brandon Davis’ bungalow at the Beverly Hills Hotel (I guess she got over the firecrotch thing?), and Elliot Mintz quickly arranged for Paris and Britney to get their asses over there. Later, Paris, Britney, and Lindsay all left the party together—you guessed it—crammed into Paris’ car.

In the paparazzi video, Lindsay tries to clarify her statement (from earlier that night) about Paris hitting her. With Elliot Mintz grabbing her arm, she says that Paris is “a nice person,” and that “everyone lies about everything.” Soooo she means that she was lying? Or that Elliot Mintz sent her a strongly worded text? Either way, this timeline is truly wild. Basically, the iconic photo of our three hot mess musketeers was a publicity stunt to defuse Lindsay’s claims about Paris, and I guess it worked? Everyone remembers the photo, but all of these paparazzi videos are actually blowing my mind. In a leaked email with Shanna Moakler from a couple weeks later, Lindsay says that the whole thing was “more of a photo-op,” and that Paris and Britney are “overrated.”

in a leaked e-mail exchange with shanna moakler (ex-wife of blink-182’s travis barker, whom paris hooked up with after their split, causing shanna to allegedly punch paris in the face at a club) lindsay reiterated the three musketeers act was a publicity stunt: pic.twitter.com/AhHddUxpxD

So what happened after that fateful night? Paris, Brittany, and Lindsay were never photographed all together again, and as we know, they all had their own separate issues going on. Lindsay and Paris both served short jail sentences in 2007, and I think we all know that 2007 wasn’t a great year for Britney Spears, either.

All in all, this thread is a wild ride, and I can’t get over these paparazzi videos. Of course, it’s fun to see Lindsay call Paris Hilton the C-word, but living like this looks like an actual nightmare. I would have a panic attack if there were photographers swarming my car at all times, so I can’t imagine what it’s like. But also, why were these people always driving themselves home from the club? I know Uber didn’t exist back then, but I’m pretty sure Paris Hilton could afford a driver. I digress. Thank you, pcd2009, for this incredible feud, which made me forget about coronavirus for a solid two hours. It’s the little things.