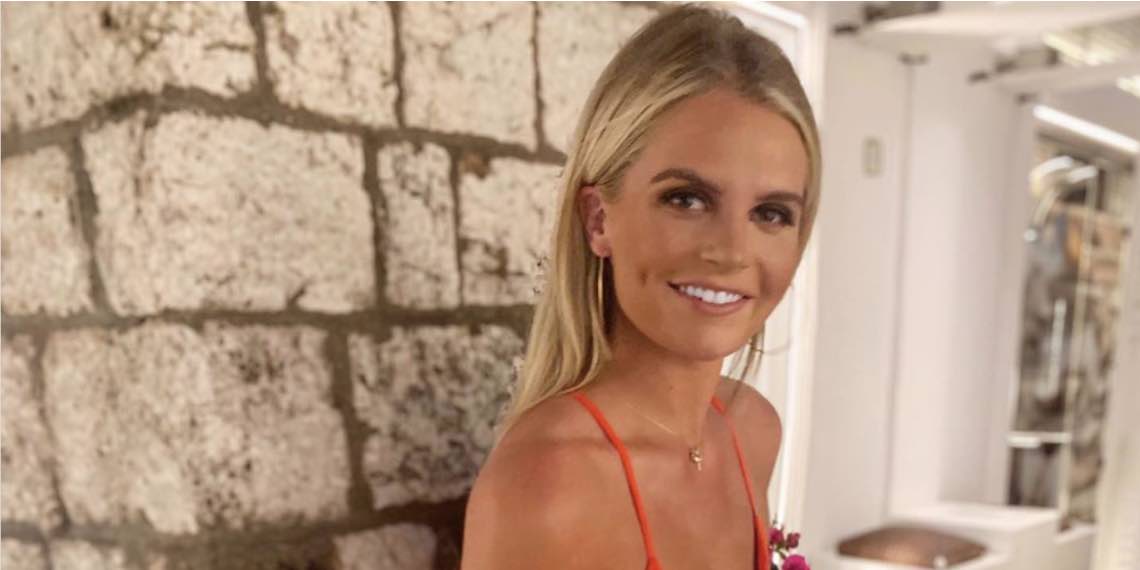 This ‘Southern Charm’ Facetune Fail Is A Major Yikes

As you’ve probably noticed, lately there have been more and more Instagram Photoshop fails that need to be called out. Holly does a great job with the Photoshop Fail of the Week, but I couldn’t resist doing my own little photo editing roast today. I may not be a trained graphic designer, but it doesn’t take an expert to realize that something is very wrong with the picture here.

Today’s culprit: Madison LeCroy of Bravo’s Southern Charm. Madison is new to the show this season, and she was brought on as Austen Kroll’s girlfriend. It’s unclear at the moment if they’re still together, but it is clear that Madison is in a serious relationship with Facetune. Here’s the photo in question:

I have many questions, but first I’d like to ask where her organs are?? Looking at this photo, I have to say I’m impressed, for a couple reasons. First of all, I’m impressed that she had the balls to post this photo, given that she looks like she has the actual body proportions of a Barbie doll. Most people wouldn’t even try to get away with this.

But I also have to give her credit for doing a pretty good job with the straight lines in the background. Everything on the right side of the photo looks pretty even and straight, but then I took a closer look at the wall behind her.

The lines between those top two stones are perfectly straight, but the next one down angles up toward Madison’s body. It would be one thing if the stones were irregularly shaped, but if you look at the area around her waist and butt, the stones actually seem to…disappear? Rather than a thin line of grout and then another stone, there’s just this weird black buffer area between her body and the rest of the wall.

I’m not a stone mason, but I feel like this isn’t how stone walls are built? Honestly, if I just saw this picture from the waist down, I might not have noticed anything was wrong, but the dead giveaway here is that her head and shoulders look twice as big as her hips. That’s not how bodies work!

I wasn’t the only person to notice the, um, irregularities in Madison’s photo, and people quickly started to troll her in the comment section. Sadly, she turned off the comments, so all of these wonderful bits of shade are gone, but she left up the photo because why not? She obviously thinks she looks hot, so whatever.

So have a good week, be careful with Facetune, and don’t hesitate to DM me with any egregious uses of photo editing you see on your timeline. It’s one of the causes I’m most passionate about. And Austen, if you’re single, please also don’t hesitate to slide into my DMs, just for research purposes.