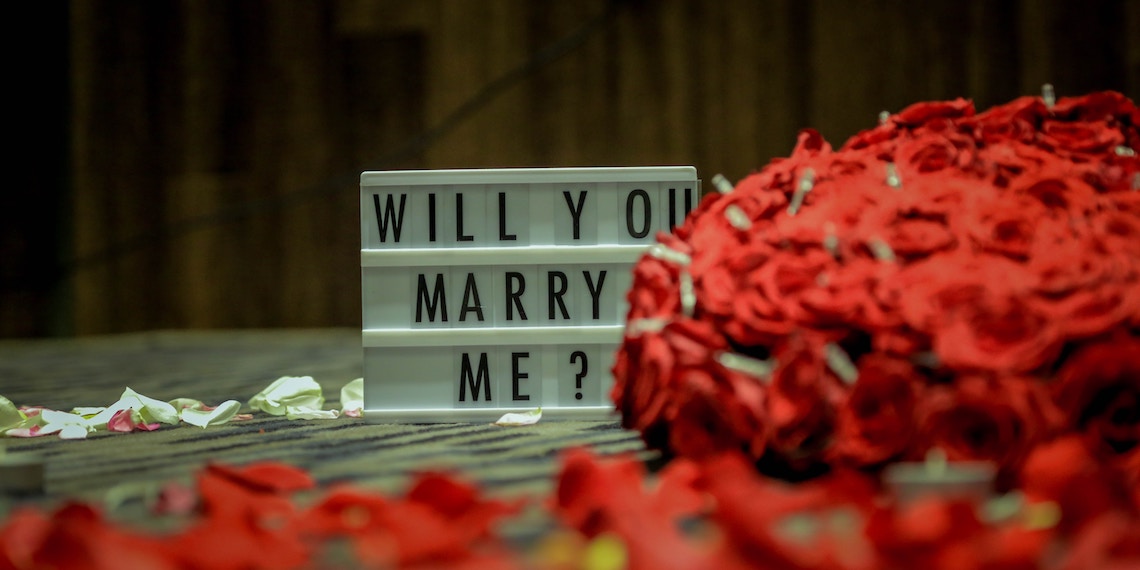 If you’ve been sleeping too well lately and need some fresh nightmare fuel, you’ve come to the right place. When I read this proposal story, my jaw literally fell to the ground. It’s truly so bad. Honestly, I’m not really into extra proposals in the first place, but usually I can at least smile and nod and say how cute they are. Maybe hot air balloons aren’t my thing, but I try not to judge. Except today. Today I’m judging.

Our bride-to-be today is a fellow true crime lover, but apparently she’s in the latter camp who takes things a little too far. She posted on Facebook about her proposal, where it quickly got shared in wedding shaming groups, which is where I found it. Yes, I am in multiple wedding shaming Facebook groups. No, I will not be answering any further questions.

(The white section on the right is where the couple posted a selfie and a photo of the ring, which I blocked out because my therapist says I need to be kinder to people.)

I’m sorry, I need a f*cking minute. I don’t like one bit of what’s happening in this proposal story. First off, if a man EVER tried to wake me up at 4:30 in the morning, me murdering him would be the next big true crime miniseries. To be honest, even if there is an intruder in the house, please just let me sleep. Maybe it’s my time to go. All I know is that I’m not meant to be awake at 4:30am.

But aside from the sh*tty timing here, the real issue is him LYING ABOUT AN INTRUDER IN THE HOUSE. If a man ever, ever, EVER did this to me, I truly don’t even know how I would react. All I know is that I certainly would not end up engaged to this man. He would probably end up dead, or at least seriously wounded. I just can’t even fathom that someone would think this is a good idea, and that someone else would be equally excited to be proposed to in this manner.

And then my first question:

I’d also like to point out that having that many candles on the floor seems like a fire hazard, but these two probably have an arson fantasy that they’re just waiting for the honeymoon to try out. To each their own, but I am not a fan of this whole proposal story. At least these two found each other, and may they have a long, happy life full of intruder scares.