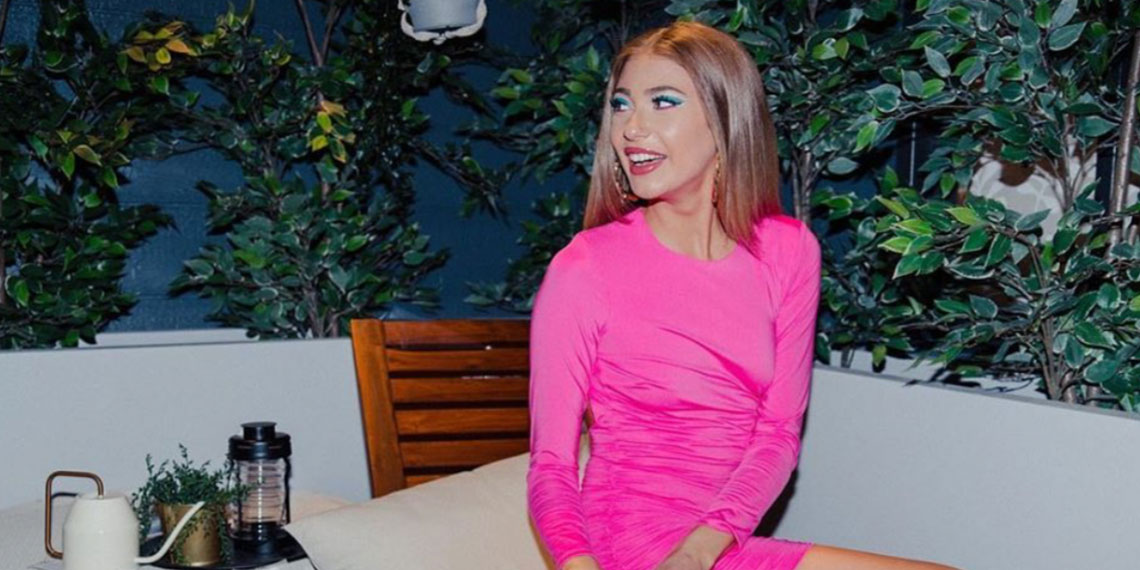 This Influencer Faked A Vacation With An IKEA Photoshoot

By now, I think we all know that not everything on Instagram is as it seems. Every Kardashian and Kardashian wannabe Facetunes their pics, and claims about weight loss products are often totally made up. But usually, when someone says they’re on vacation somewhere, we take what they say at face value. Well, maybe we shouldn’t. Last year, an influencer Photoshopped her way into Coachella, and recently, YouTuber and Instagram influencer Natalia Taylor trolled her followers into thinking she went to Bali. Suddenly, I’m questioning literally everything on Instagram.

Earlier this month, Taylor posted a bunch of glamorous photos of herself, showing off her vacation to Bali. Or at least, that’s what she wanted us to think. All the photos were geotagged in Bali, Indonesia, and she posted on her story about arriving to her Airbnb. But as it turns out, Natalia Taylor wasn’t ever actually in Bali. In reality, all the photos were taken at her local IKEA. I’m not sure whether I should be impressed or upset, or maybe a little of both.

In a YouTube video, Taylor talked about this “experiment,” saying that she had always wanted to do a photoshoot in the pre-decorated rooms at IKEA. So one day, she got into full glam, and went with her photographer. They took as many photos as they could without getting caught, and honestly, the results are pretty impressive. These shots look great, and I wouldn’t immediately know that most of them are in an IKEA… but do they actually look like they’re in Bali? Yeah, I’m not so sure.

The queen has arrived 🌊💖 #bali

For me, that first photo doesn’t really raise any red flags. Sure, the location is nondescript, but it’s a glam arrival photo. I’m into it. But from there, things get a little more questionable. In her video, Taylor says that none of her followers suspected anything was off from the pictures she posted, and if that’s true, I have some questions for her followers.

Let’s take a look at this photo. First of all, there’s a literal IKEA tag just to the right of her elbow, along with an IKEA iPad on the far right. But even if you missed that stuff, these photos still don’t really add up. I’m pretty sure no one has ever gone to Bali and posted multiple photos inside an Airbnb. Bali is one of the most Instagrammable places on the planet—you have gorgeous beaches, jungles, temples, and clubs to take pictures at—so why would you be posing in front of a sh*tty kitchen?

This bathtub shot is probably the least believable of the alleged Bali pictures. To be fair, Natalia didn’t think it was that believable either, but her followers ate it right up. I don’t know what every Airbnb in Bali looks like, but I’m pretty sure most of them don’t have bathrooms that look like they’re at your parents house in Connecticut. And along with the fact that there’s another IKEA tag visible in the top left, this photo looks incredibly staged. She’s wearing the same makeup as the other photos, and she still has her shoes on and everything. Natalia’s followers, open your eyes!

Where should I travel to next? ✨🌙 Comment below and maybe I will 😉

While you probably don’t need to worry about anyone you know fully faking a vacation, this experiment is an important reminder not to take everything at face value. Natalia was just doing this for ~content~, so she wasn’t really doing any harm, but some people can be low-key shady on the ‘Gram. Even if people actually go on the trips they post about, there are sneaky ways that people make their vacations look fancier than they are. Like, just because someone posts a story in the lobby of the Four Seasons doesn’t mean they’re actually staying there—the more you know! I’ve also caught people deliberately spreading out their posts—including airport stories—to make their trip seem longer. Long story short, it can be tough to tell exactly what’s real and what’s not.

You can watch Natalia Taylor’s video about her little Instagram experiment, in case you want to see the footage of her running around an IKEA like an America’s Next Top Model contestant, or you can check out our show Under The Influence, which *also* happens to include a fake trip to Bali: