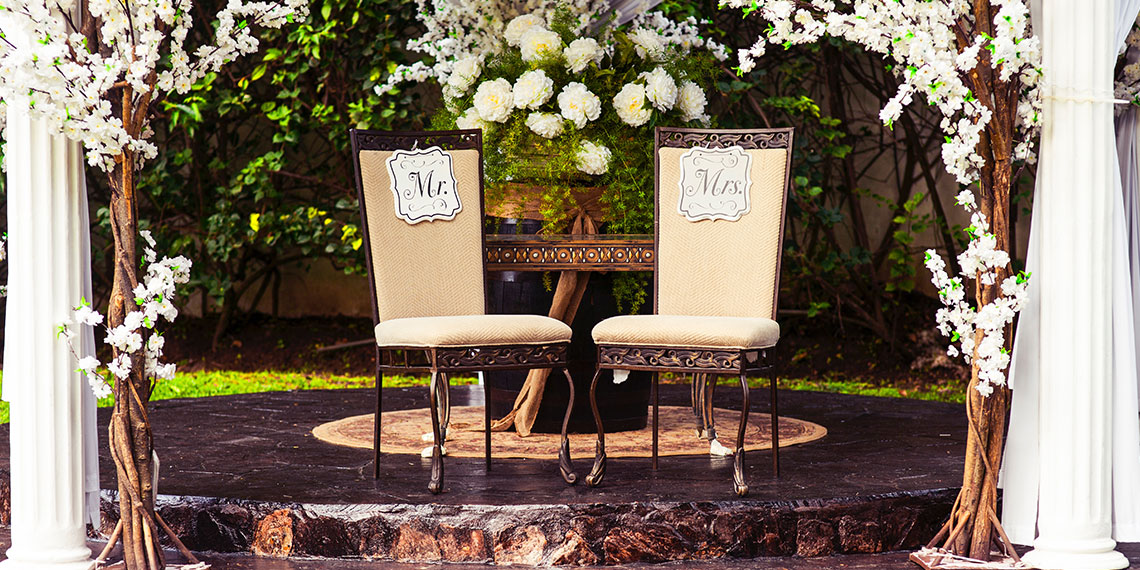 I’ll be honest with you guys, I don’t really understand weddings. I mean, like, I grasp the concept of pledging your lifetime commitment to someone in some type of ceremony and then having a party afterwards—that I get. But I have not been to many weddings, and my idea of commitment is choosing a new show to start watching on Netflix, so the whole attitude of “it’s my f*cking wedding” (said in the Stassi Schroeder birthday voice, of course) is a concept that is pretty foreign to me. I don’t know what it is about weddings in particular, but they tend to make people lose all sense of common decency. Case in point: this bride who wrote into Reddit, after basically forcing her sister out of her wedding, to ask if she was the asshole. Ya think?

Now, I may not be an expert in weddings, but I am an expert in Reddit, which makes this post all the more fun. So, usually the way posts in r/AmITheAsshole work is that the headline is something insanely outrageous to grab people’s attention and get them to upvote and read the post, and then the first line is the post is almost always “this sounds terrible, but hear me out.” And then it turns out to be something totally underwhelming. For example: “AITA For Cheating On My Girlfriend?” “Sounds terrible, but hear me out. So my girlfriend and I were playing Monopoly the other day, and…” Basically, the sub functions on clickbait. And that’s what happened here, except the reverse.

The bride in question posted: “AITA? I got mad because my sister bailed on my wedding. It’s in 2 days and she’s the Maid of Honour.”

And reading that, you’re all ready to grab your pitchforks and hunt this sister down like you’re Gaston and she’s The Beast. What kind of monster would bail on their own sister’s wedding two days before, when she’s the maid of honor, no less?

Someone who was given no other choice, as it turns out.

But let me back it up. The post begins, “We planned a child friendly wedding as my siblings both have kids. My brother has 2 girls and my sister has a son. My nephew has social anxiety disorder, has been diagnosed and is in therapy. He’s 9 and the anxiety is pretty bad, and manifests in tantrums and crying, so I planned a child friendly wedding knowing my sister had no one to leave him with.”

Okay. All good so far. Then things take a turn south for no good reason at all.

“Today my fiance came to me and said that his family, who we had planned the entire thing around, don’t want kids at the wedding. They’re all over 18, they want to drink, and ‘not have to worry about brats running around’ (his dad’s exact words) and they were threatening to not come. I felt backed into a corner and posted in the siblings group chat ‘the in laws are saying they don’t want kids there + saying they won’t come. can y’all sort something else out?'”

What the actual f*ck. There are so many issues with this, I don’t even know where to begin. The first, I guess, is the fiancé’s family who are both horrible and wrong. Like, I don’t understand adults who hate children this much. Y’all know you were once children, right? Also, you can get drunk around kids, so long as they are not your kids who are currently under your care. This is so not an issue. And finally, the biggest issue of all is the bride for choosing her fiancé’s family and their insane demands over her own family and their needs. Also! If you’re going to make your wedding child-free at the last minute, you have to provide some kind of solution for everyone who had planned on bringing their kids. You can’t just be like “Welp, you guys can figure it out!”

Unsurprisingly, the bride’s sister couldn’t just “sort something else out” at the last minute. “My sister says ‘I’ve got no one to leave with so I’m really sorry and I’ll see you when you get back from honeymoon’.”

The bride continues, “I got really mad because it’s in 2 days and my sister is now bailing on me so I reply ‘babysitter, neighbour, BF?'” How helpful. As if the sister hasn’t thought of those options yet. A babysitter! What a novel idea! “She says that he isn’t comfortable enough to be babysat by someone, he’s pissed off or weirded out the neighbours with his tantrums and anxiety, and he’s not comfortable enough with her boyfriend to leave the two of them alone, and she’s sorry she can’t make it but if I’m doing child free then she can’t go.”

“I say ‘are you fucking kidding me? It’s not my call to get rid of the kids so IDK why your making me feel like shit for it. I’m getting married in 2 days, and if it’s between the kids and the in laws, then in laws win.’ Sister says ‘fair enough, your day, but we’ve clearly got diff. priorities’ and then went offline.”

Now the bride is saying she’s annoyed because it “isn’t her choice” to make her wedding kid-free, and she’s upset that her sister isn’t coming at her family is annoyed with her. And she had the gall to ask Reddit if she was the asshole!

The backlash was swift and merciless. Reddit user ensanguine summed it up pretty nicely: “YTA. It IS your choice. You chose to bow down to your in laws at the expense of your sister and changed the circumstance of the wedding to something she couldn’t be a part of. She was going based on being able to be with her child. Also YTA again for insulting a fucking kid for their mental illness that I can assure you, no one wants. Huge asshole move.”

User PaddyCow backed that up, adding, “Just look at the title ‘my sister bailed on my wedding’. Your sister didn’t bail on your wedding op, you bailed on your own family to please a bunch of inlaws who refer to your nieces and nephews as brats. YTA big time. I’ve a feeling the op won’t accept that though and will continue to see the sister as the unreasonable one.”

Yeah, I have a feeling that the bride and her soon-to-be-husband and his sh*tty family deserve each other, and will have a lifetime of happiness, mainly because they will never accept that they ever do anything wrong. You know what they say: willful ignorance is bliss!