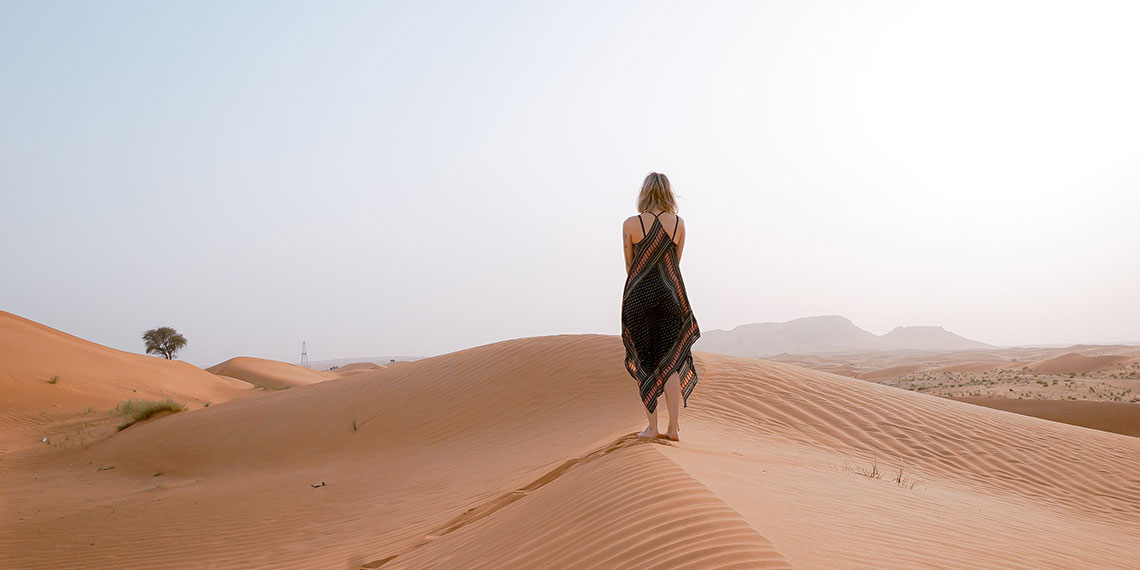 These Influencers Are Getting Slammed For Doing Ads For Saudi Arabia

Another day, another example of influencers doing problematic sh*t. This is par for the course in 2019, but somehow, these stories never fail to amuse me like it’s the first time. But rather than some subpar photoshopping or a gross apartment, today’s influencer tale involves an entire country. A bunch of travel influencers got paid to visit the Kingdom of Saudi Arabia, and my friends, it ain’t a good look.

In case you aren’t super familiar with what’s going on in Saudi Arabia, it’s not like, great. The country is a human rights nightmare with a history of discrimination against women, and the government frequently beheads its enemies. In particular, the Saudi government came under fire last year for the murder of journalist Jamal Khashoggi, who was an advocate for more progressive policies in the country.

But now, Saudi Arabia is turning its focus to tourism, and is preparing to expand its visa program to many new countries. It’s a change meant to decrease the country’s dependence on oil and diversify the economy, but Saudi Arabia isn’t exactly the most warm and inviting place to visit. To help spread their new tourism-friendly image, the Saudi tourism board recently hosted a handful of travel influencers on a tour of some of the most scenic spots in the kingdom.

Here’s an example of what the posts looked like:

Ad Last week I was lucky enough to get the opportunity to experience the diverse & beautiful Kingdom of Saudi Arabia which has now opened it’s doors to the rest of the world! 🇸🇦 This is Mada’in Saleh, an incredible Nabatean Kingdom which was built more than 2,000 years ago! This tomb, known as Qasr al-Farid, was carved into a massive boulder around the 1st century CE, but was never actually finished. #WelcomeToArabia @visitsaudi

Before I say anything else, I can’t resist: *its

Okay, now that that’s out of the way, where was I? Oh yeah, the rest of this mess. All of the posts are declared as ads, which means that the influencers weren’t just given a free trip, but were actually paid to post about their trip. And they weren’t getting paid for any kind of mediocre reviews. Each post has a caption gushing about the wonders of Saudi Arabia, and conveniently leaving out any mention of the very real issues in the country.

As one Instagram commenter put it: “Yeah, let’s just forget about the discrimination against women, the lack of a few basic human rights, and the corruption. As long as they have beautiful tourist attractions, it doesn’t really matter, right?” Oof.

All of the captions are cringeworthy, but Dubai-based luxury influencer Lana Rose really takes the cake for me:

#ad When I was a kid, I used to watch Aladdin… never did I think I could live it too 😍 in the Kingdom of Saudi Arabia 🇸🇦 #WelcomeToArabia @visitsaudi

This entire trip shouldn’t have been a thing, but the Aladdin comparison is really sending me over the edge. Lana probably doesn’t realize this, but Aladdin is a fictional story that takes place in the fictional kingdom of Agrabah, not Saudi Arabia. In Saudi Arabia, Princess Jasmine’s iconic crop top could literally get her arrested in 2019, where women are still forbidden from wearing clothes that “show off their beauty.” I’m pretty sure the government wouldn’t take kindly to a street rat like Aladdin coming in and f*cking things up at the palace, either. But like, go off sis! Live your fantasy!

Obviously, the issues in Saudi Arabia are complex, and I’m not suggesting that no one should ever travel there. But there’s a big difference between choosing to go on a trip on your own, and literally being paid by the government to post about how wonderful the country is and completely gloss over the human rights violations taking place there. I’m pretty sure the influencer trip didn’t include a seminar on the government beheadings. Just a guess.

Ad ventures in Saudi Arabia with @visitsaudi 🇸🇦 Here I am at the Edge Of The World watching the sun rise over a new day. I can’t quite comprehend the scale of this place. Magical. Excited to see Saudi start a new chapter and open tourism to the world 🌎 #WelcomeToArabia

One of the spots that the influencers visited on their trip was the Edge of the World, a spot in the desert. That looks sick, and I would love to go there someday, but not enough that I would be able to ignore all the sh*t that’s happening there. Free trips are cool, but all press trips are not created equal. I have a feeling that these influencers didn’t do their research before agreeing to do these ads, which is kind of ridiculous in an age where Twitter is a viable news source and it doesn’t even take a lot of effort to be somewhat informed.

Influencer culture isn’t a new thing anymore, and it’s time that we hold these people to a little higher standard. If your entire job is based on using your platform to share recommendations and tell people where they should spend their money, it’s your responsibility to do your research and ask questions. Whether all of these influencers didn’t know about the political climate in Saudi Arabia, or just didn’t care, they should have done better, and I have a feeling we will be seeing a few Notes App apologies rolling out on their feeds pretty soon.