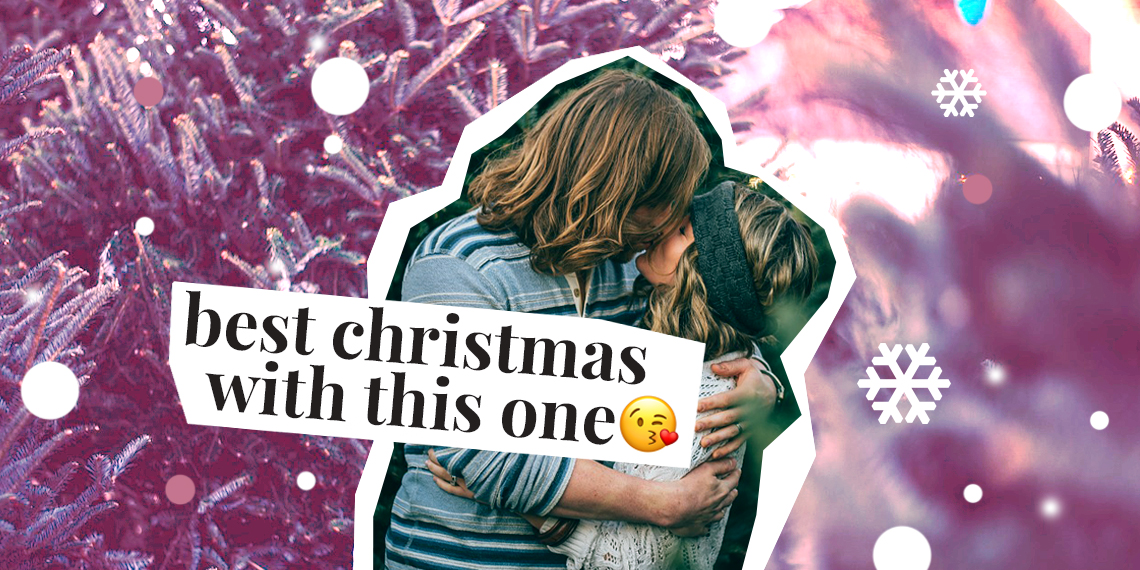 These Christmas Couple’s Captions Will Make Everyone Hate You

The holidays are an… interesting time to be one half of a couple. (Or like, a third of a throuple, or whatever. I’m not judging, it’s 2018.) Whether you’re figuring out if your fling is serious enough to buy a legitimate gift or trying to coordinate time with each other’s families, the whole thing is a season-long struggle. If there’s one holiday thing you definitely shouldn’t be f*cking up this year, it’s your Instagram captions. Here are 7 captions to avoid if you want to enter 2019 with a group of loyal followers who don’t hate you.

“Baby, All I Want For Christmas Is You”

Please be honest with me for a moment. When you type “Baby, all I want for Christmas is you” as an Instagram caption for a photo of you and whoever you’re banging, what are you hoping to accomplish? Like, what kind of a response are you anticipating? Do you think people are going to be like “lol, love that song!” Because let me tell you, it’s not going to happen. Also, not to get too pedantic, but you already have the person you would want for Christmas, so really, the lyric doesn’t even make sense in this context. IMHO, you’re better off throwing down a Christmas tree emoji and calling it a day.

Um, ew. Do I even need to explain this one? Joking about being on the naughty list all by your single self is cringeworthy enough. Do not drag your poor, innocent partner into it, too. Keep that private, please.

Anything About Sitting On Laps

Just… don’t do it. I have nothing else to say about this.

If you’re feeling tempted to refer to your significant other as a “filthy animal”… maybe, just don’t. No matter how you try to angle it, it just feels icky. Also, I’m still not convinced that half of the people who use this caption actually know where it comes from, and there are plenty of Reddit threads and Quora questions to prove my point. If you don’t get the reference, you don’t deserve to use it as your caption. Those are just the rules of Instagram.

Particularly the phrase “cotton-headed ninny muggins.” I’ll admit, I’ve definitely done this before but… we all have. Which is why it is now officially deemed stale. Unless your photo has a true Elf  hook, don’t shoehorn this true Christmas classic into your photo of you and your beloved making out. However, the one Elf quote that is acceptable for everyone to use is “So, good news. I saw a dog today.” That’s it.

“The Tree Isn’t The Only Thing Getting Lit This Year”

Did the single sip of eggnog that you had just for a photo op in front of the tree suddenly send you back to 2015? Yes, most of us still say “lit” ironically in daily conversation, but that does not mean that it is relevant enough to serve as an Instagram caption. It’s kind of like “bae”. We still say it, but we do not utilize it in public-facing communications. I don’t make the rules, I just observe them.

“Meet Me Under The Mistletoe”

Okay, not to turn into one of those psychos who pushes their Christmas traditions on everyone, à la the people who get up in arms about Starbucks cups every year, but… am I the only one who strongly believes that mistletoe is best used for people who are NOT in a relationship? Like, that’s boring. It’s more fun to grab a CONSENTING crush and be like “lol, guess we have to kiss now!” This is not an excuse for committed people to practice PDA! (I would like to take this moment to again highlight the importance of CONSENT! Do not be creepy!)

Really, when creating your couples Instagram captions this holiday season, it’s best to keep in mind that all your single friends are rolling their eyes and sh*t talking you to their other single friends. Guess we’re just jealous! Or tired of seeing every single couple post the same picture, thinking they’re original. You decide!