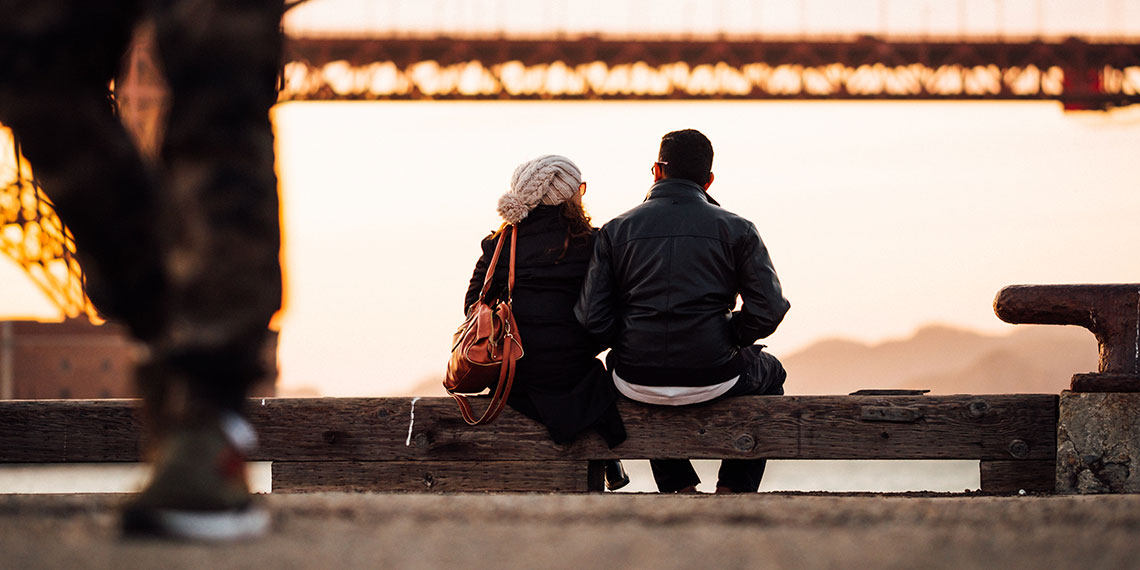 These Are The Worst Cities For Dating In The Country

Valentine’s Day is almost here! And what does that mean? I’ll be dressing up in my best pink dress, receiving roses at the office, and then heading out for a night on the town with my perfect man, Keanu Reeves. Oh sorry, that was just something I’ve been manifesting. More accurately, I will be sitting on my couch in my best PINK sweatpants, watching the sequel to To All The Boys I’ve Loved Before while sobbing lightly and going to sleep. But I hope you all have, like, such a fun night!

Thankfully, this year I have someone to blame other than myself for my singledom. And that “someone” is the hellscape that is New York City. That’s right, the kind folks over at Apartment List have compiled a ranking of the best and worst cities for dating. And wouldn’t you know, New York is ranked all the way down at NUMBER 50! So it turns out, I don’t have “a personality not conducive to interaction with other humans,” it’s just that the city I live in is a dating dumpster fire. Thank you, Apartment List, for having my back, now can you please send this article to my mom? Let’s take a look at how the rest of the cities ranked, and see if you all can blame the place you live on your terrible dating life, or if you’ll have to look in the mirror tomorrow and admit you and your bad attitude just might be the problem.

According to the data, Provo, Utah is the best place to date, with 47.5% of respondents reporting they are happy with the dating scene. Congrats, Provo! I mean that so sincerely! Apartment List says Provo is home to scenic views and great date spots, and that’s why it’s ranked so high. Sure… it’s definitely that and not the fact that men can have multiple wives. I’m just saying, how could it be that hard to date when no one is ever actually off the market? You see it, you like it, you want it, you marry it, you move into a house with its three other wives. Simple as that.

The top ten is rounded out with a bunch of cities I’ve never been to, including Raleigh, NC, Pittsburgh, Denver, Houston, and Grand Rapids, MI. And oddly enough, Bridgeport, CT is ranked fourth. I’m SO confused. Has anyone ever heard about the dating scene in a random Connecticut town? And, more importantly, is it close enough that I could still commute to NYC? I’m not opposed to getting out of the city if it helps me meet Keanu. Or literally any other man at this point. Even if they do wear pastel sweaters tied across their shoulders and spend their weekends on a boat named after Jordan Belfort.

Now let’s get to the bottom of this list, which I know you’ve all been waiting for. Three Florida metros round out the very end of the list, which makes sense because all the state’s residents are either in the process of dying, or kicking swans in the head to practice karate. Not very dateable, unless you’re into pre-serial killers, I guess.

Also included on the worst list is New Haven, CT (why don’t they just scurry on over to Bridgeport, I hear the dating scene there is LIT). We also have Syracuse, NY, which I am very pleased about because my baby cousin goes to school there and I don’t want her wasting her time with boys—she’s supposed to be showing me how to use TikTok, and that will be VERY time-consuming. That, and obviously she can’t get married before me or I’ll actually rip her throat out with my bare hands. Love you, Erin!

The list I find the most telling is the one that ranks what cities men think are best to date in vs. the cities that women think are best to date in. Men rank San Diego as the best place to date. SHOCKER! Men enjoy dating athletic, outdoorsy women who wear bikinis and go on beach dates, where the bodies are really showing. I have never been less surprised by anything in my entire life. In fact, men chose lots of cities where you can take a good long look at a woman’s body, including Virginia Beach and Miami. Men: predictable since the year 100 BC. Women, on the other hand, rank Columbus, OH first. This also tracks, because we just want a man that’s not checking out some other woman rollerblading by us in a bikini while we try to have a conversation. THAT IS LITERALLY ALL WE ASK.

Now, it’s time to talk about the biggest surprise on this list. As I touched on earlier, you’ve got to scroll pretty far down to find New York City, which is ranked 50th! Only 29% of men are satisfied with the dating scene in this rat trap masquerading as a city, and only 22% of women responded that they’re satisfied. This is dismal. The MTA literally gets better approval ratings than this, and yesterday I had to fight a 9-year old who tried to steal my bagel on the J train. Normally, I don’t condone interacting with children, but I paid for the expensive cream cheese! And we still like this situation better! For some added perspective, here are a few other things that have higher approval ratings than dating in New York City: Donald Trump, Boeing, American Dirt, guns, and Lori Loughlin. We in trouble now.

I advise all you fellow singles to take a close look at this list and seriously reconsider where you’re living. I’m on Apartment List right now conducting a search for a new apartment in Provo, UT. I can’t wait for NEXT Valentine’s Day, which I will most definitely be enjoying with my new boyfriend and his many wives. Built in girlfriends! You can’t beat it!