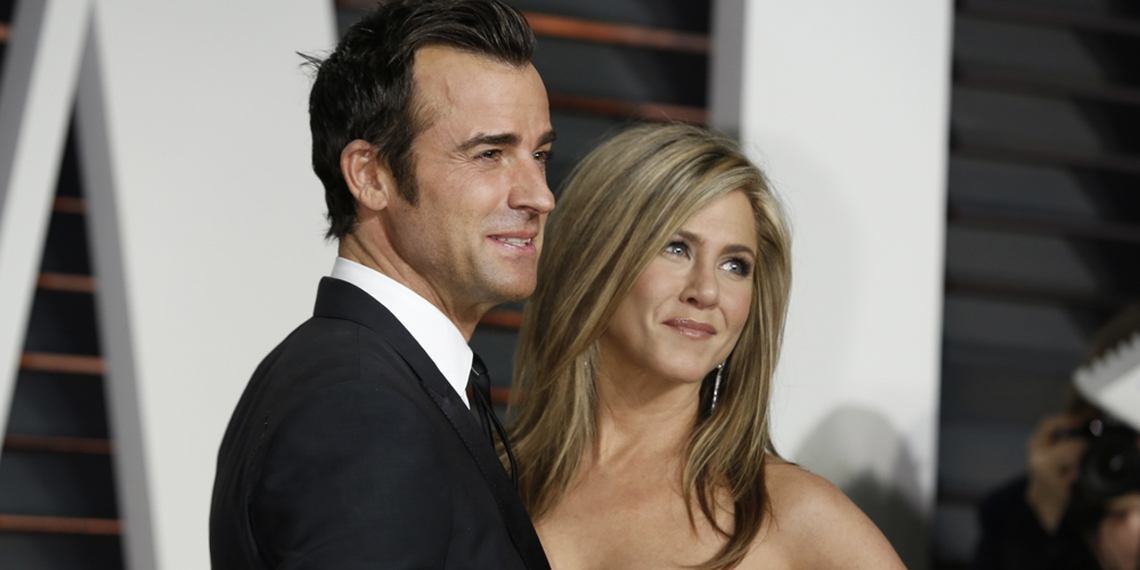 4 Scandalous Theories About Why Jennifer Aniston And Justin Theroux Separated

We were all riding a high the last few days. It was Valentine’s Day. Bella Thorne posted a beautiful Instagram tribute to her boyfriend Mod Sun, and we thought to ourselves, “true love does exist!” Then, BAM—out of nowhere, Jennifer Aniston separates with Justin Theroux, her husband of two years. America’s Sweetheart can’t make it work. We are all doomed.

Jen released a statement Thursday night stating,  “Normally we would do this privately, but given that the gossip industry cannot resist an opportunity to speculate and invent, we wanted to convey the truth directly. Whatever else is printed about us that is not directly from us, is someone else’s fictional narrative.” Lol nice try Jen. While I appreciate the attempt to class up the phrase “fake news,” you might as well throw that statement in the trash because it’s not gonna work. But, I do give my word that I will not write any fictional narratives in this article. I will, however, round up some theories about why Jennifer Aniston and Justin Theroux separated from the internet and share them with everyone here. Sorry Jen, mama’s gotta eat.

Let’s start with the most rational theory and the slowly descend into madness, shall we? People magazine aka the publication most likely to kiss celebrity ass, says that there were signs the couple was drifting apart, and they were frequently spending time on opposite coasts. Apparently they went with the whole “absence makes the heart grow fonder” defense for the fact that they never saw each other. Yeahhhh, that doesn’t work in a marriage. Good thing you’re so pretty, Jen.

Once again, ET claims that the split was a long time coming. THANKS FOR THE HEADS UP, GUYS. How nice of these publications to start every story by calling us idiots. I appreciate it. Don’t get it enough at work. According to their sources, the reason why Jennifer Aniston and Justin Theroux separated was kind of the same reason why you and your high school boyfriend broke up before college: Jen wanted to live in LA, but Justin was more of an NYC guy. I assume he loves the public transportation delays and overpowering scent of urine everywhere. It’s hard for us masochists to give up. Jen hated the paparazzi that followed her everywhere, which wasn’t a problem for Justin because no one cares about him, tbh.

3. Jen Had Been Bonding With Brad

Listen up folks, because this is where it gets fake good. According to Life & Style, shortly before Jen announced her split to Justin, she and Brad decided to give their relationship another shot. If you’ll recall, we reported way back in March 2017 that Jen and Brad were texting again, so this just further proves my life philosophy that you should never trust anyone who speaks to their ex, no matter the circumstances.

They continue on to say over the last year Brad has been opening up to Jen and confessing all the ways he wronged her. She is reportedly his “greatest love,” and sources claim they could end up married again. Damn. This story is juicier than the Effie Trinket/Haymitch Abernathy Hunger Games fanfic I read. Pretty please let it end up the same way (in bed)!

Radar Online, a source that is historically about as reliable as the 80-year-old woman sitting next to my mom at the nail salon, also hopped on the scandalous bandwagon, claiming the couple was broken up by jealousy! Lies! And cheating! My favorite kind of breakup, since all my joy comes from others’ misery.

Radar claims the couple had a big blow up in December and Jen turned to her hunky ex Gerard Butler. Justin has also been “very flirty” with Emma Stone on the set of Maniac in New York. Well, well, well. I see the tabloids have some dissension in their ranks. Who is Jen sleeping with? Brad or Gerard? Is it both?!  I MUST KNOW.

After reading all the theories about why Jennifer Aniston and Justin Theroux separated, I can only say for sure that this was one wild roller coaster ride. I assume that by next week Jen will be pregnant with Brad’s triplets, they will wed in an extravagant wedding on the beach and generously share their photos with us, and Justin will go back to living a life of obscurity in his tight leather jacket. Okay fine, this is my own fanfic.