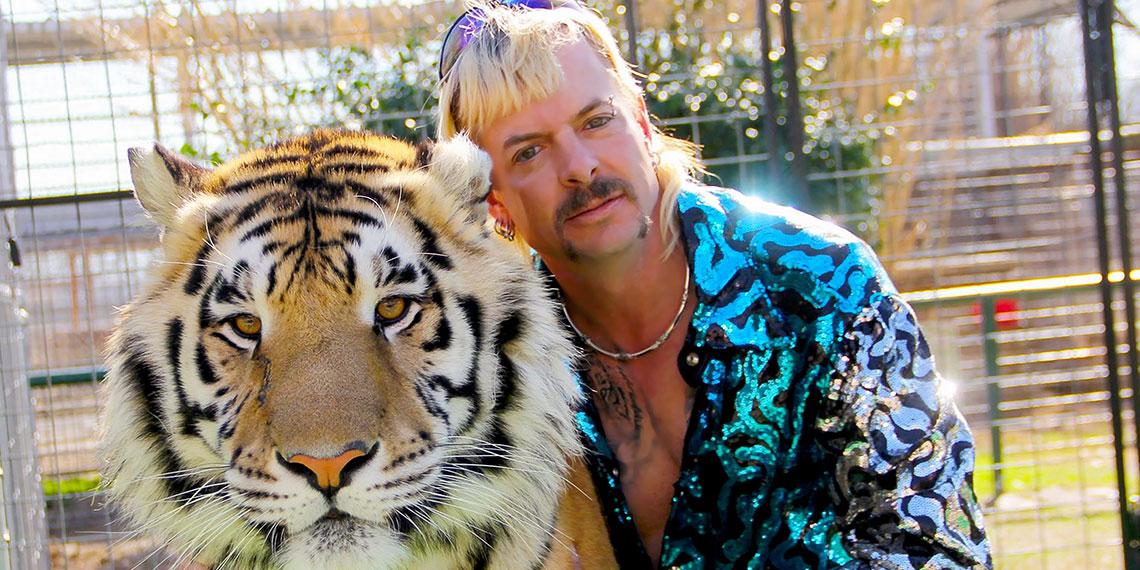 The Zoo From ‘Tiger King’ Is Closed Forever

Pour out a warm Coors Light, because the Greater Wynnewood Exotic Animal Park aka the G.W. Zoo aka the zoo formerly owned by Joe Exotic, has been shut down, at least temporarily, but probably for good. TMZ reported on Tuesday that the USDA suspended the zoo’s exhibitor license for 21 days following inspections that uncovered weak and neglected animals, including a 16-week-old lion cub who was so weak she could barely stand. While Deadline is reporting that the zoo has closed for good, Jeff Lowe, the bandana-wearing new owner of the zoo, told TMZ that he’s confident he and his team will be able to produce the necessary evidence that his animals are being well cared for.

Live footage of us all waiting for that so-called evidence:

In a Facebook post on the Greater Wynnewood Exotic Animal Park’s Facebook page, Lowe clarified the situation regarding the zoo’s closure and said that he could have his license reinstated after the 21-day suspension but is choosing not to. After posting a few text convo screenshots, Lowe wrote, “I no longer want to exhibit animals to the public,” but vowing, “I will still allow my lawyers to prove the USDA is dead wrong.” He insisted that he could open the zoo up after his 21-day suspension but doesn’t want to, and said, “The animals are now in private hands and will remain in private hands.”

Never one to remain silent on an issue involving big cats, Carole Baskin’s Big Cat Rescue responded to the zoo’s closure with a Facebook post of their own. Back in May, a federal judge in Oklahoma awarded Baskin the zoo, ruling that Joe Exotic had fraudulently transferred ownership of the zoo to Lowe.

“Thackerville” refers to Jeff Lowe’s new park, which he said will “be a private film set for Tiger King related television content for cable and streaming services”. Listen, as someone who longs to return to the days when Tiger King was in its heyday and the most pressing issue our country faced was whether or not Carole Baskin killed her husband, I can nonetheless confidently say that Jeff Lowe is really overestimating how much people are going to care about Tiger King content in a few months. I mean, just look at the reunion. I wouldn’t invest in a TV studio so soon, is all I’m saying.

But Jeff Lowe isn’t the only one who’s been trying to extend his 15 minutes of fame since Tiger King’s release. Carole Baskin may have initially tried to stay out of the spotlight and refused to do interviews, but is now making the rounds on Cameo. She also ended up in the news cycle last week after speaking out against Cardi B and Megan Thee Stallion’s “WAP” music video, criticizing its use of big cats. She said the rappers probably used “one of the big cat pimps, who makes a living from beating, shocking and starving cats to make them stand on cue in front of a green screen in a studio.” In response, Cardi B told i-D, “I’m not gonna engage with Carole Baskin on that. Like, that’s just ridiculous you know? Like, girl, you killed your goddamn husband.”

Baskin fired back at Cardi’s comments to Mirror Online, saying, “When most people are called out for their involvement in cruelty to animals they know there is no justification that will persuade others so they have to deflect the conversation to something else.” Overall, a pretty lame feud, but as far as who would win in a fight, my money is on Cardi unless Carole can bring in her cats.

Doc Antle’s Myrtle Beach Safari Zoo doesn’t appear to have responded to the news about the G.W. Zoo closing, which is probably smart considering the man has been accused of allegedly running a sex cult. Best to stay out of other people’s mess.

Joe Exotic himself had plenty to say, though, despite the fact that he is currently behind bars serving a 22-year prison sentence for his involvement in a murder-for-hire plot. In a Facebook post, Joe (or someone on his team) wrote, “Happy days FINALLY. Karma is a BITCH.” In a long post, he denied ever being charged with animal abuse; alluded to Lowe’s actions with the zoo causing a woman, a schoolteacher, to lose her savings; and also called out former employee Erik Cowie.

Since Tiger King came out, Joe Exotic asked Donald Trump for a federal pardon, and a Change.org petition demanding Trump pardon Exotic has collected over 59,000 signatures. On Monday, after Trump announced he would pardon a “very, very important person”, rumors started swirling that that person would be the Tiger King himself. In fact, Trump pardoned the late Susan B. Anthony for voting illegally.