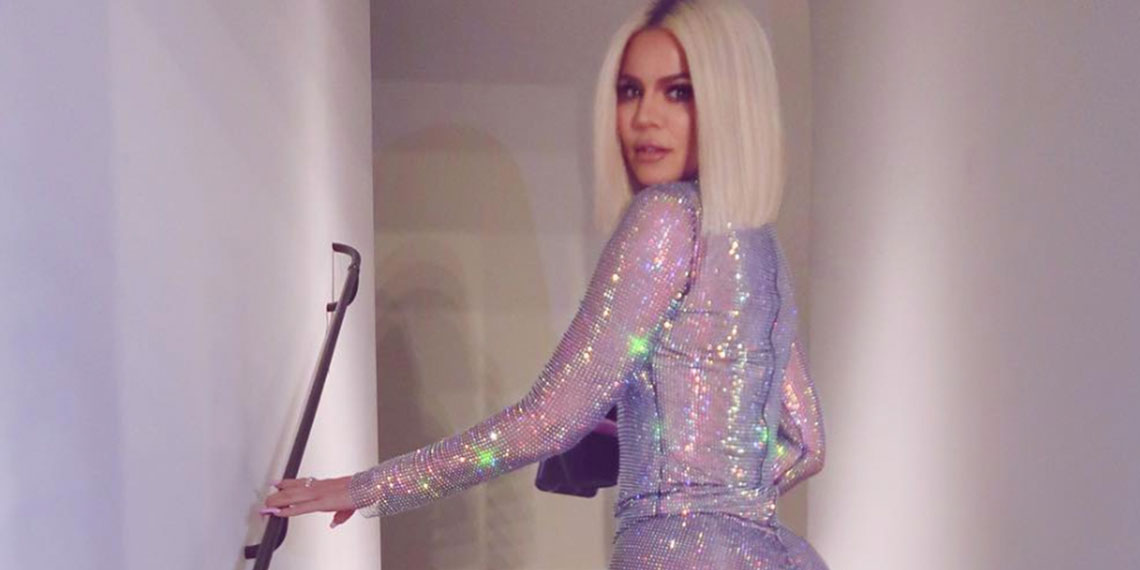 The Worst Kardashian Photoshop Fails Of 2019

As we say goodbye to 2019, we also say goodbye to another year of the Kardashians’ egregious Photoshop use. You’d think for people that edit their photos so frequently, they would maybe learn how to do it correctly? Or like, at least use their billion dollars to hire someone to do it correctly. But hey, if they didn’t leave so many mistakes behind, people might believe that what they look like is actually attainable. So for that at least, I’m grateful. Honestly, this article could be 4,000 images long for just this year alone. It was hard to just choose the best/worst ones, but I chose some favorites anyway.

A little crop goes a long way 💕 There’s a reason why our cropped skinny jeans are best sellers, shop this shape-enhancing style in sizes 00-24 now on goodamerican.com #goodsquad #goodwaist @khloekardashian

There’s something really offensive about releasing a line of all-inclusive, body positive denim like Good American, and then Photoshopping the sh*t out of yourself in the ads. So you’re saying all bodies are acceptable, except your own? I don’t get it, Khlo! She released this ad earlier this year, and there are a few problems. One, that doesn’t even look like her in the face at all, and two, it gives her a teeeeeensy little waist to go with her signature gigantic Kardashian ass. Unfortunately for Khloé, the retouchers forgot to edit the reflection too. Next time, try promoting your line for real women with curves by showing that you’re a real woman with curves!

Kylie posted this … ad? Is she selling something in this pic? I don’t recall. Anyway, she posted it in early 2019 saying that she felt “like a flamingo” in this dress. That’s super funny, because I really only noticed her FREAKISHLY LONG flamingo leg! Someone, somewhere thought that Kylie would look better if her thigh was the length of the rest of her entire body. Like, imagine how this would look if she stood up? It’s once again completely unnecessary and horrifying Photoshop work. You have to wonder if their retouchers are just messing with them as some point, right?

Love yourself as deeply as you love them.

This year, Kourtney Kardashian released Poosh and this photo to promote it. I guess Poosh is like a blog? I just went to the website and there is an article on how to make your lips look fuller “naturally”. Sorry Kourt, coming from you that is not even remotely believable. But that aside, Kourtney cannot even be held responsible for the disaster that was this release photo. Much like Kylie above, Kourt got the gigantic thigh special (same editor, I wonder?), part of the thigh amputated, a nipple moved to the inside of her wrist, a gigantic head from a different photo, and a neck that looks like when Reagan spun all the way around in The Exorcist. Again I ask, couldn’t they just take one decent photo in a bathtub and leave it alone? And what does this have to do with the blog to begin with?

Khloé’s had a rough year, I’ll give her that. She’s still my favorite of the Kardashian Klan, and I think she’s handled this year with incredible grace. I would have at the very least punched Tristan in the face. Publicly. Broken his nose, perhaps. That said, she also posted a lot of very questionable photos. This one I think is the reigning champion, though. Somehow in the editing of this pic, Khloé managed to give herself a teeny tiny doll-like body, complete with scary toothpick legs, and then very roughly copy-and-pasted a giant head from another photo on top. Nothing about this looks like Khloé, or even a human being. Thank u, next.

This family pic was such a challenge because Chicago was so scared of Dino! LOL We tried to explain and show her that it was just daddy but she didn’t get the concept yet! So shout out to the photographer for editing her in & making our family Flintstones dreams come true!

My absolute favorite Kardashian Photoshop Fail this year was one very recently posted for Halloween. I just love the no-f*cks-given attitude in literally chopping out Chicago from a different photo and carelessly pasting her on. Kim openly admitted it was edited (yeah, no sh*t), but it’s just so poorly done, it deserves a special award. I get that babies are hard and unpredictable, and I actually think Photoshop is a great way to resolve this problem, but maybe not just stick the kid floating in the corner with blurred edges? WHO was paid for this?

Here’s to what I’m sure will be many more Kar/Jenner fails in 2020! What other Kardashian Photoshop Fails do you think should have made the list? Did you remember all of these disasters? Has there ever been more Photoshop fails from a single family or even person as each of them? Probably not, but let me know what you think about all those other questions below.