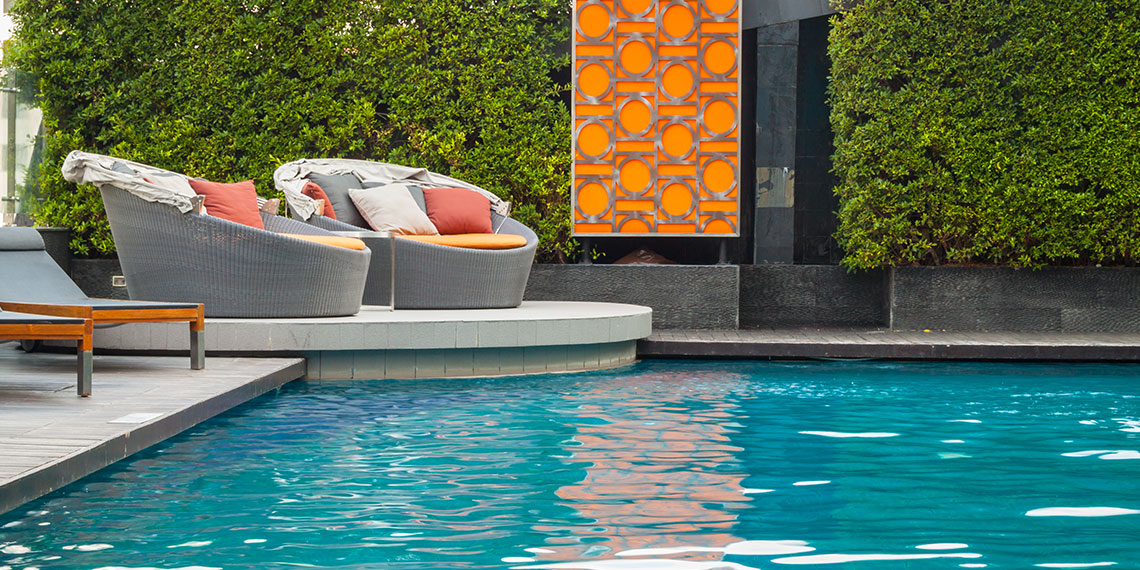 The Types Of People You Meet At Soho House

If you live in New York, Los Angeles, or any other eccentric coastal city, you’re probably familiar with Soho House, the members-only club for people in creative industries. Founded in 1995 as a private club for artistic Londoners, Soho House has blossomed into a worldwide brand, with members-only clubs located in Berlin, Malibu, and several other chic locales where creativity thrives and cocktails cost $24 a piece. Here is the club’s mission statement, per their website:

“Unlike other members’ clubs, which often focus on wealth and status, we aim to assemble communities of members that have something in common: namely, a creative soul”

Uh-huh. Well, from an outsider’s perspective, all Soho House DOES is focus on wealth and status. First of all, everyone in there is sexy as hell. Just thinking of the swarm of hot mean gay guys lounging by the pool in June makes me feel the need to throw away every pastry in my house and sell my soul to the nearest Equinox. Second of all, it’s expensive—not just the membership dues, but everything. I once paid $8 for a tiny can of diet coke at Ludlow House. That experience alone turned me into a socialist.

Although technically located in the Meatpacking district, the Manhattan Soho House has a lot more in common with, well, Soho—everyone has flawless hair and I haven’t seen a single badly dressed person there in…ever. These are the people whose social calendar is split between finding themselves in Latin America, finding themselves at Coachella, and finding the nearest Le Labo. Not to mention those who capitalize on the whole thing.

“Oh no, you’re crazy, you are full on crazy!”
“That’s the nicest thing you’ve ever said to me.”
-Overheard at Soho House

As one might imagine, the Soho House clientele is an eccentric bunch. Here are some of the types of characters you’ll encounter at Soho House, in no particular order:

10 hours a week at the family office is still part time, OKAY?!

Contrary to what the membership committee would have you believe, not everyone in Soho House is an artistic iconoclast. Let us explain what we are getting at: the main point of this entire social club is that everyone who joins is supposed to work in a creative industry. Unfortunately, the other point is that Soho House is expensive as hell, and most real “creative souls” in New York cannot afford to spend thousands on a status symbol membership. You think Penelope the art gallery assistant is about to cough up her rent money? For what? So she can put that damn rooftop pool on her Instagram story once a month? I don’t think so.

Because most young creatives are broke, many Soho House members are just rich kids who sound artistic on paper but don’t actually have a real job. For example, Forty Quinn from You is definitely a Soho House member. If this is your situation, here are some approved professions:

☆ Interior designer (redesigning your own bedroom counts)
☆ Film producer waiting to come into your family’s hedge fund fortune
☆ Consultant. As in, a brand consultant making $15k/year. Not like, a consultant at Deloitte, THE HORROR!
☆ “Influencer” with 5k followers

And so on and so forth. This is truly the club that is going up on a Tuesday. At noon. Because no one has to be at the office.

Remember those international students at your school who would smoke outside the library and make you feel bad for not owning a $1,500 winter jacket? They’re here, too. You see, in the rich European culture, no one “lives” anywhere full-time, but rather, rotates between two or three tax havens residences—in such turbulent times, Soho House is a comforting constant. Catch them splitting a bottle of wine at one in the afternoon…it’s a cultural thing.

Unlike their American counterparts, many Europeans don’t have an obsessive attitude towards work. For example, it is completely socially acceptable for an unemployed twentysomething heir in London to proclaim that he is “just vibing right now”. Meanwhile, Jackie Kennedy’s great-granddaughter is probably off in the trenches somewhere doing her third unpaid Vogue internship that year. VALUES!

Yes, there are those select few who are fortunate enough to be in a creative industry and also know how to sell a banana taped to a wall. You simply have to respect the hustle.

The Moochers Guests of Members

Are you at Dumbo House or just Cecconi’s?

You can distinguish between members and guests because guests are the ones taking photos of everything, risking life and limb to take stealth pics from the terrace before the staff get wind. Yes, get that geotag in, girl. Ask guests what they do for a living, and they turn their heads down and softly mutter, I’m a lawyer. The shame. I would def join, but like, three of my best friends are members so it’s basically the best of both worlds. That application is doomed.

Ah, so refreshing to see a creative getting some work done! The grind truly never ends. But wait, what is he actually doing over there? Why did he just take an Instagram of his laptop with his glass of wine cropped out? And why, when you look closer, do you see that he’s actually looking at rates for hotels in Tulum for February? Why did he just order another drink?

A Family of Three

Me at Saturday brunch: Ahh. It’s so nice to see all these gorgeous, creative, slightly older couples having brunch together. Wow. You know, seeing these beautiful diverse (as in, ranging from upper-middle class to full-on-rich) families breaking bread together really gives me hope for—wait. What the hell is that sound? Is that—no, it couldn’t be… the laughter of a child?! Whitney Houston said the children are our future, but I didn’t realize that future entailed ruining the painstakingly crafted ambiance of my bohemian champagne brunch. Please, for the love of this $22 macaroni & cheese, find a way to put keep little Gingham down.

Yes, there are some members who are actually famous, and yes you have to pretend not to notice them, and YES I have extended fantasies of seducing Drake at Soho Beach House and making him fall in love with me. He whisks me away on a whirlwind summer trip through South America. Our love is hot, cold, bitter, desperate. His next album is about me. It flops.

Above all, the club’s very specific one-percent-hipster vibe is kind of hilarious in its hypocrisy: bohemian… but make it rich. Starving artist, but like, starving because it’s fashion week and I’m on a diet. Even still, we obviously kind of shadily love Soho House—unfortunately, exclusivity is chic. Sorry, we don’t make the rules. Blame the spectre of capitalism…or…something. We also love the people who work there—they are kind, polite, and attractive (that’s in order from least to most important.) And no artisanal sage tea no shade to all the actual talented, working creative members… wherever you are.

Anyway, good luck applying! And by that we mean, good luck texting a “let’s catch up next weekend!” to your friend who’s a member and hoping they suggest Soho House…because that sh*t’s expensive.

Two Ivy League grads doing what they do best: nothing. Follow @thefakerothko on IG and Twitter for bespoke memes about overprivileged millennials. Based in New York and Washington, DC.