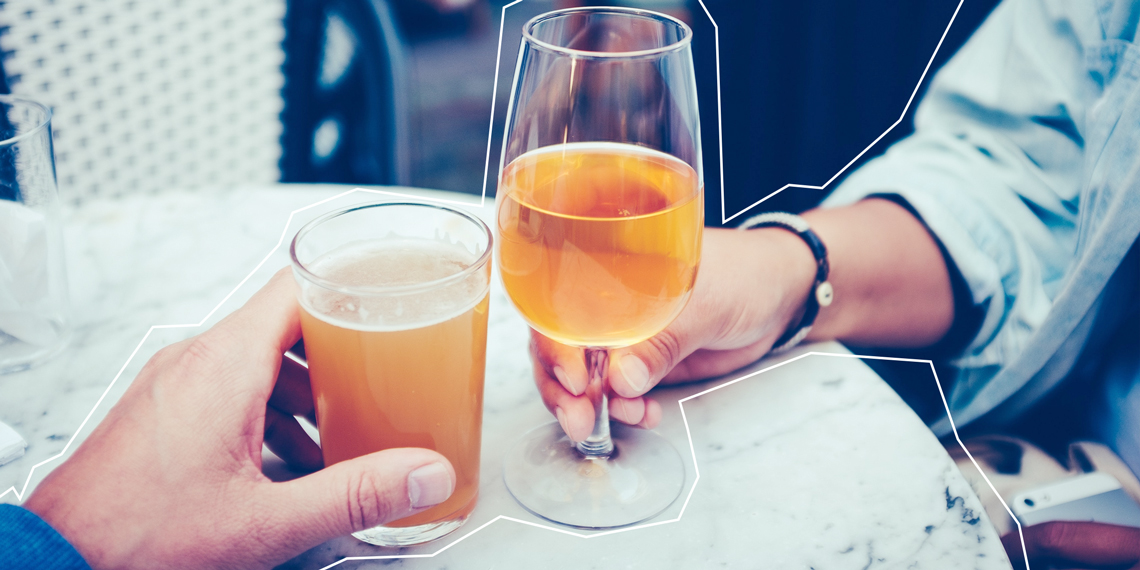 The Trashiest NYC Bars That Will Ruin Your Life

As someone who’s braved the streets of New York for several years now (someone please buy me a medal), I can confidently say that living in New York certainly has its perks. Like, waking up every morning to the smell of fresh garbage and urine or slowly losing the will to live one MTA train delay at a time. Also, I guess we have some good bars too. How else are we to cope with 50 percent of our paychecks going to 20 feet of cubic space in an apartment in the shittiest part of Brooklyn than by drinking our sorrows away with $11 Bud Lights? The city! It’s magical here! If you can imagine, not all bars are as great as I just made them out to be. While some bars have hot AF clientele (re: hot husband material, beautiful douchebags, generally attractive humans), other bars have bigger red flags than my Hinge suggested matches. Luckily for you betches, my standard for bars pretty much begins and ends at “is it open?” So here’s a list of all the trashiest NYC bars you should f*cking run from should anyone suggest it. Learn from my mistakes. I’m super giving like this.

Hair Of The Dog

Location: East Village
Biggest Red Flag: That it’s patrons think it’s socially acceptable to dry hump ON THE FLOOR
I literally wish I made this up. I’m telling you rn the things I have seen at this hedonistic den of sin cannot be unseen. This establishment is what the kids these days call a “trap house” disguised as college sports bar. Located in the East Village, it doesn’t matter what time of day you show up at at this place, you can always find at least one person vomiting in the bathroom sink and/or belligerently dry-humping in the corner. I’m not even exaggerating when I say that I’ve seen a couple start hooking up by the beer pong table, topple over onto the floor AND CONTINUE HOOKING UP. Look, am I saying I don’t frequently hang out at this establishment? I am not. But I can never say no to a place that sells $12 pitchers. We all have our crosses to bear!

Location: Williamsburg
Biggest Red Flag: The line for the bathroom
The Woods is fine during the day, but at night this chill hangout spot gets sketchy AF. Like, watch your drink sketchy AF. The crowd shifts from Brooklynites searching for some sliver of outdoor space to people who think that visiting a bar in Williamsburg will up their street cred. Think: the place where frat bros come after they’ve been kicked out of every bar in Manhattan… before midnight, and girls who think it’s “edgy” to drink ciders. If you like to get propositioned with coke in line for the bathroom then you’ll probs love this place, but if you like drinking literally anywhere else in an environment that’s not filled with literal sea creatures, then maybe try someplace else. Idk.

Location: Greenwich Village
Biggest Red Flag: That there’s a stripper pole in the middle of the bar
Where do I effing begin with this place? First of all, Greenwich Village is one of my favorite areas in the city, and the fact that this establishment dare bring A PIRATE THEME to this otherwise chic AF environment is a crime against humanity. Yes, you heard me right, this bar is entirely pirate themed. And while that in itself should be a reason for no human with working eyes and ears to ever step foot in this abomination, there’s actually even more disturbing sh*t that happens here. Like the fact that there’s karaoke and A STRIPPER POLE in the middle of the goddamn building. There’s also beer pong in the back! You know, in case you didn’t already humiliate yourself enough with your belligerent rendition of “Baby Got Back” while using the stripper pole as a prop to showcase your immeasurable talents. So, what I’m saying is, I guess there’s something for everyone here.

Location: Midtown East
Biggest Red Flag: Its patrons
I generally try and stay below 34th street, because upper Manhattan is about as easily accessible from my Brooklyn apartment as the Moon. That said, every once in a while I’m forced into going out in that area by my one friend who’s always telling me how “fun” midtown is and how all the “hot guys” frequent those bars. First of all, I’ve never felt so betrayed in my life than when I showed up to her beloved Turtle Bay only to be surrounded by what can only described as a mix between a 30-year-old frat bro and a Jersey Shore club extra. (I must have come on a good night, because any other night it’s literally just college kids with fakes.) These are the kinds of dudes who show up at happy hour and immediately start pounding shots of Jäger before they have to catch the last train back to Jersey. Charming. If you’re into meat heads, then by all means hang out at this bar. The free happy hours you can “win” (by just showing up one time and being female) are tempting, but just be aware that there was a recent stabbing—STABBING!—at this cesspool of an establishment earlier in the summer. Literally the NY Post agrees with us on this one—please just stay away.