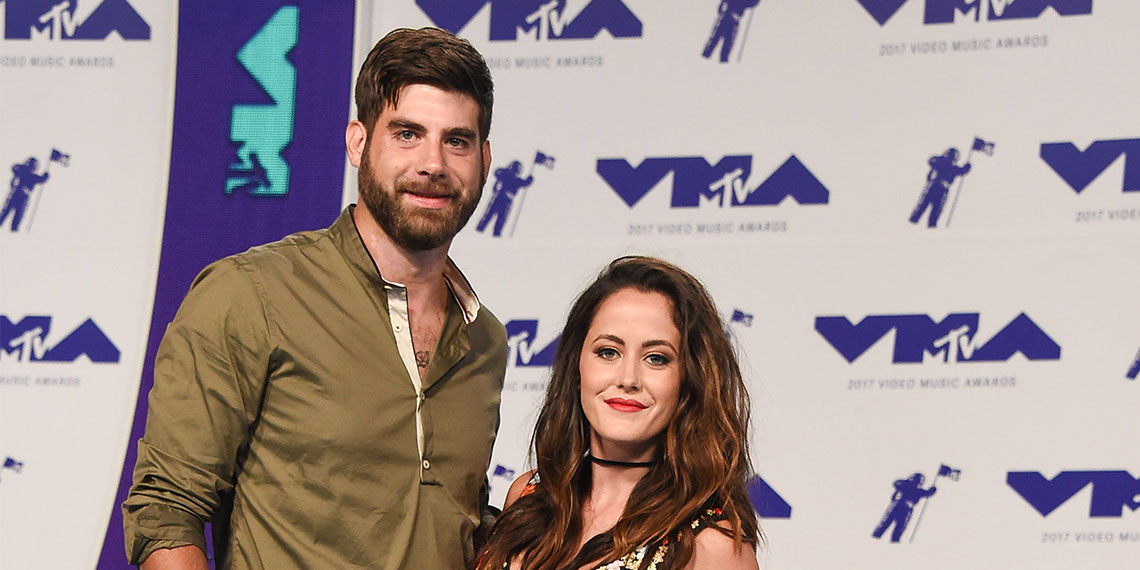 Wow guys, I truly never thought I’d be saying this, but we need to talk about Teen Mom again. If that sentence is a little jarring for you (same), let’s do a major rewind and catch up on the drama that’s been going on over the last SEVEN months. Of course, we’re talking about Jenelle Evans and David Eason, the tragic couple that clearly just doesn’t know how to get their act together.

As you probably recall, Jenelle and David’s bulls*t became headline news back in May, when David allegedly shot and killed their family dog after it was aggressive toward their children. Jenelle called the cops on David, but then stood by him as he was investigated for the incident. Subsequently, Jenelle and David had their children taken away, and MTV dropped Jenelle from the Teen Mom cast. You know things are out of hand when you’re deemed too messy to be on Teen Mom.

Then, in July, Jenelle completely changed her tune, saying that she lied about David ever shooting their dog in the first place. We were skeptical about this, since it seemed like Jenelle might just be trying to cover for David and get him out of trouble. But the thing is, it’s also a crime to lie to police, so this whole situation was really just a lose-lose.

But if you’re already tired, chug a Red Bull or something, because It’s! Not! Over! In the words of Katy Perry, it’s never really over. No, Jenelle and David are still messy, but this time, they’re not trying to stay together. Yesterday, Jenelle posted on Instagram, saying that she and David have split up.

While I don’t know that much about Jenelle personally, it seems pretty obvious at this point that David Eason is not a good guy. She acknowledges that she’s been on camera for a long time, and that a lot of the stuff on the show hasn’t been pretty. That might be an understatement, but at least she knows it.

She says that she’s “filed papers” to begin the process of ending their marriage, which I assume means filing for divorce. She also says that she and the kids have moved away from David, which really seems like the only logical option here. Time and time again, he’s caused issues that are potentially harmful to his kids, and at this point it’s probably time for Jenelle to cut her losses. We’ve all been in toxic relationships, but this sh*t was next level.

While Jenelle’s Instagram post is all about needing some time with her kids to move forward, a source told TMZ that Jenelle sees this as her opportunity to get back on Teen Mom. She apparently wasn’t financially prepared to be fired from the show on such short notice (not surprising), and now that she’s left David, she’s going to try to convince MTV that he was the one actually causing all the problems, and that her going through her split would bring in big ratings. I don’t know if this strategy will pan out for her, but I have a feeling that MTV is going to care more about the ratings than anything else, so it might not be long before she’s on TV again.

Meanwhile, based on David Eason’s Instagram page, it seems like he might be in denial. Just two days go, he posted this photo of Jenelle with one of their kids, calling it “the most perfect sight I’ve ever seen.” I don’t pretend to understand everything about this family, but Jenelle’s post doesn’t make it sound like they were all hanging out as a happy family two days ago.

The most perfect sight I've ever seen!

David’s Instagram story is currently several photos of knives, sardines, and woodworking, but he hasn’t actually made a comment about his relationship with Jenelle. I definitely have questions, but David clearly isn’t the best at working through his problems in an adult way. Hence the dead dog.

So there you have it, Jenelle Evans and David Eason are no more. I would say that this is the end of the road for them, but knowing these two, there’s going to be a sh*tload more drama coming down the pipeline as they navigate the divorce process. Can’t wait!!