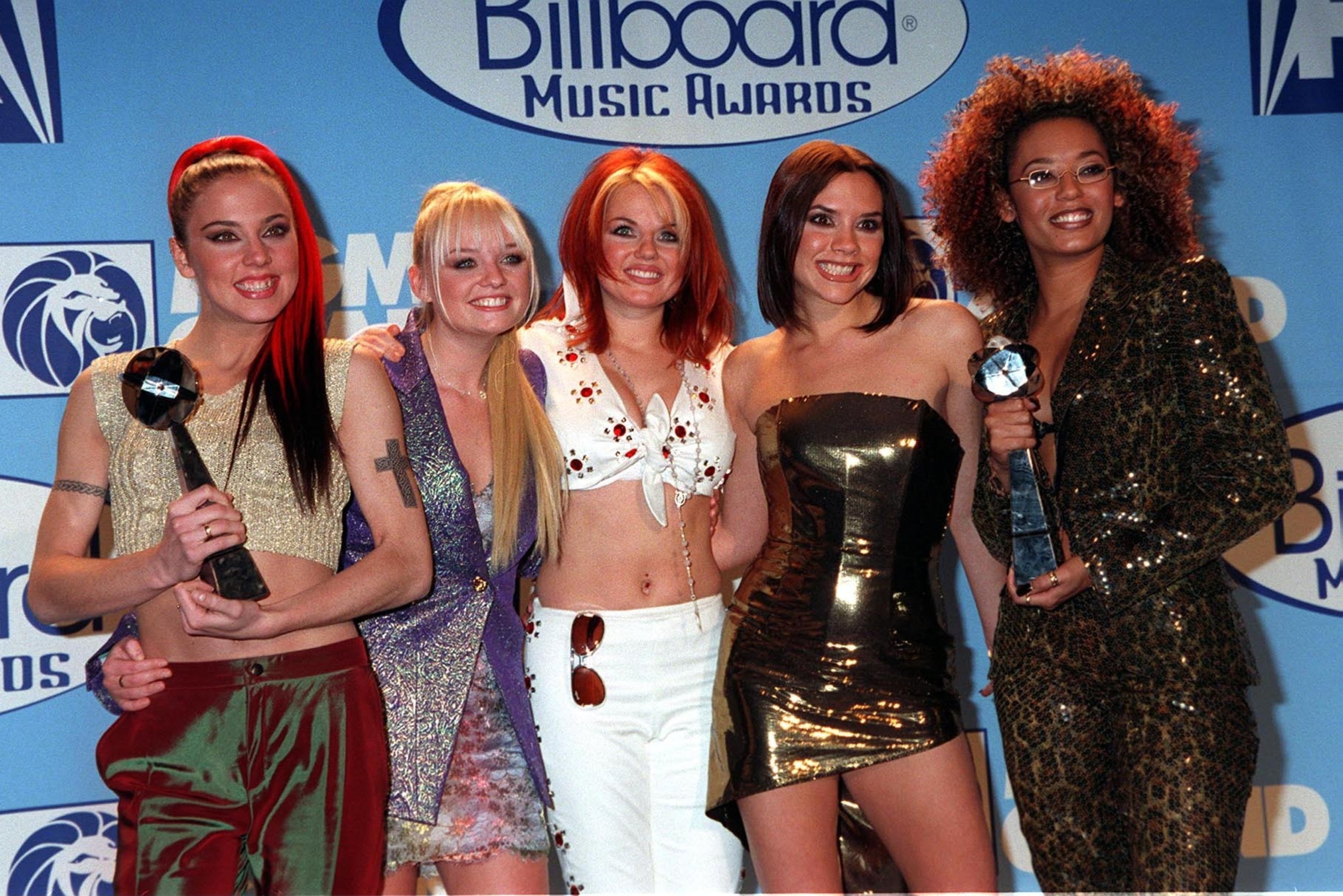 All Our Predictions For The Spice Girls’ Royal Wedding Performance

Start crimping your hair and put on your shortest minidress, because this is a full-fledged pop culture emergency. We got early confirmation of the exciting news on Wednesday, when Mel B appeared on The Real (it’s a knockoff of The View) and spilled the beans. The ladies on the show first asked if Mel knew anyone going to the wedding, to which her response was basically like “bitch please I’M going to the wedding.” She revealed that all five Spice Girls got invitations, and the ladies put two and two together that this meant a performance was likely. Mel B acknowledged that this was correct, before adding that she would probably get fired for sharing the top-secret information.

With the wedding happening on May 19, this performance should serve as a good warmup before their alleged world tour this summer. Victoria Beckham says the tour isn’t happening, but I really need her to be wrong.

So now let’s discuss what this already iconic wedding performance will look like. As we reported previously, the wedding day will consist of a traditional ceremony, followed by a large reception, and then a private family party later in the evening. So there are lots of possibilities for what Posh, Scary, Sporty, Baby, and Ginger could be cooking up.

Honestly, there’s no reason that the Spice Girls, patron saints of girl groups everywhere, shouldn’t perform at the ceremony. They could wear sequined angel costumes (complete with wings, obvi), and sing pop arrangements of classic Anglican hymns. There wouldn’t be a dry eye in the house, and it would have nothing to do with Meghan Markle looking stunning.

More realistically, the Spice Girls will probably perform at the bigger reception. We’re hoping it’s a super legit setup with lasers, fog, and wind machines, and that they perform for a minimum of 45 minutes. Think Super Bowl halftime show, but with a bigger budget and more time. The world deserves this, so there will obviously be an HD livestream for all of us to enjoy. There is nothing about this that seems unreasonable to me.

That just leaves the smaller, private family event, and the Spice Girls would be a great choice for that as well. I’m thinking a chill acoustic setup, with just five stools and a guitarist, so that the artistry of each individual Spice Girl can really shine through. They’ll perform an hour-long set of some of their lesser-known hits, as well as covers of Adele songs. Hopefully the space will be really small, so Queen Elizabeth will be seated less than 10 feet from these five other British Queens. I also require that Ginger Spice wears her bedazzled Union Jack minidress, because patriotism.

So, that’s what the real itinerary should look like for the Spice Girls reunion weekend extravaganza. Prince Harry and Meghan Markle can direct any questions to me, because I am now in charge of planning this whole thing. But really, the Spice Girls are performing, and we couldn’t be happier about it.