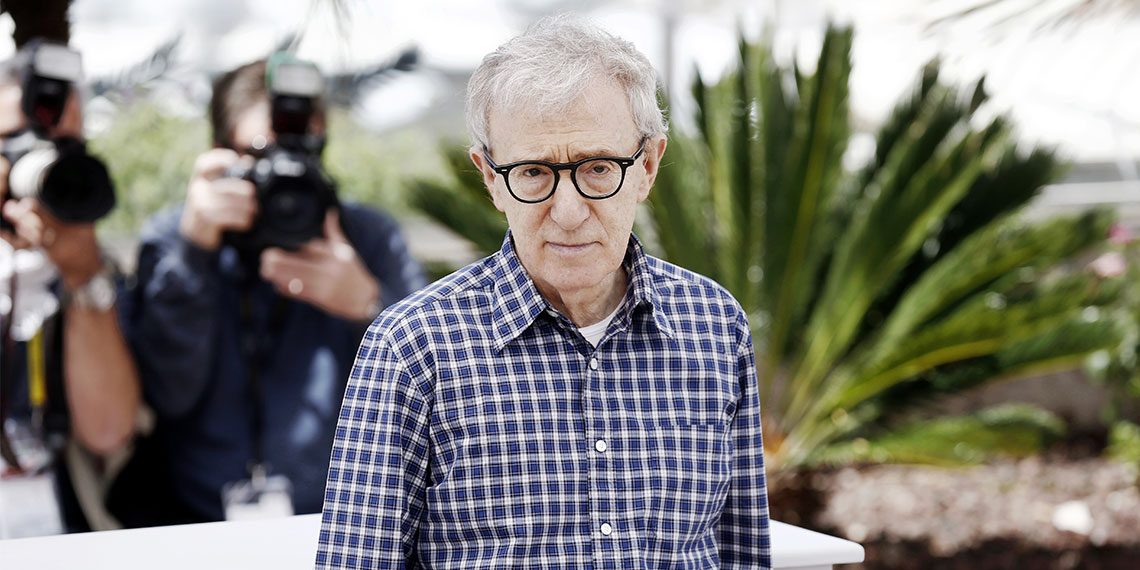 The Grossest Claims Woody Allen Makes In His Memoir

If you need something else to be mad about this week, I have just the thing. Woody Allen’s controversial memoir Apropos of Nothing has arrived, and honestly, it’s the memoir nobody asked for, but here we are. While I prefer to spend my time dissecting juicy tell-alls from iconic female celebs like Jessica Simpson or Demi Moore, sometimes we have to talk about gross old men too. So how is the book? In their review, the New York Post called it “disgusting, tone-deaf, ridiculous,” and while I don’t plan on reading the full thing, based on the excerpts I’ve seen, that sounds about right.

Originally, Apropos of Nothing was set to be published next month by Hachette Book Group, but those plans quickly went south. Upon hearing of Hachette’s deal to publish the book, their employees staged a walkout in protest, and the publisher soon announced that they were dropping the project. Luckily for Allen, his book was subsequently picked up by Arcade Publishing, an imprint whose parent company has also published projects from conspiracy theorists and Donald Trump fanboys. Tbh, this sounds like where Woody Allen belongs. Now that the book is here, let’s look at some of the sketchiest things we learned.

In the book, Allen shares many stories about his 13-year relationship with Mia Farrow, and he clearly has no warm feelings toward her. Specifically, he writes about how she had an obsession with adopting orphans, and says she treated them like “toys.” He alleges that she adopted and “sent back” two different children, adding that “If there were other kids she adopted and returned I have no idea—as I said, I lived on the other side of the park.” That last part is in reference to the fact that he and Mia never lived together in over a decade together—he was on the Upper East Side, while she lived on the Upper West.

Obviously, if there’s any truth to this, it’s incredibly f*cked up. Woody Allen is pretty much the world’s most unreliable narrator, but still. Farrow does have a famously prolific adoption record, adopting nine children between 1973 and 1994, but this seems like the first time she’s been accused of returning children. One of her sons, Moses, did accuse her of abuse in 2018, although nothing ever really came of those allegations.

In addition to her many adopted children, Mia Farrow also has four biological children, including journalist and author Ronan Farrow (whose name was Satchel at birth). Long assumed to be Woody Allen’s son, Farrow has said in recent years that Ronan could also be Frank Sinatra’s child, but no one knows for sure. In Apropos of Nothing, Allen admits he doesn’t know if Ronan is his child (do these people know about DNA tests?), but he is also critical of how Mia parented Ronan, saying she was “unnaturally obsessed” with him from the moment he was born. Allen writes that the baby sitter reported “seeing Mia sometimes sleeping in the nude with Satchel (now Ronan) a number of times till he was eleven years old. I don’t know what the anthropologists would say about that, but I can imagine what the guys in the poolroom would say.”

In recent years, Ronan Farrow has taken his mother’s side and spoken out publicly against Allen, and it’s clear that there’s no relationship between the two of them. In sharing this intimate information, it seems like Woody Allen is trying to get some revenge against the Farrows, and the pettiness really isn’t a good look. His life must really be sad if he has nothing better to do than talk sh*t about his ex’s parenting choices from 30 years ago.

Moving down the list of skeezy controversies, Woody Allen also takes this opportunity to address the drama surrounding his relationship with his wife, Soon-Yi Previn. If you’re unfamiliar, Soon-Yi happens to be one of Mia Farrow’s adopted children. She and Allen began an affair in 1991, when he was still in a relationship with Mia Farrow (again, Soon-Yi’s mom). Obviously, Mia peaced the f*ck out when she found out, and Woody and Soon-Yi have been together ever since. In his book, Allen says that the controversy “was worth every second of it,” and that he would “do it again in a heartbeat.” Imagine sleeping with your partner’s child, and then looking back 30 years later and being like “Nope, nothing wrong there.” I can’t.

Just to make things extra weird, Allen also writes about his and Soon-Yi’s relationship when she was a kid (AKA when he was dating her mom!!!), saying “Soon-Yi and I had no interest in knowing about each other. I thought she was a quiet, boring kid, and she thought I was her mom’s patsy.” Okay, so I’m glad he supposedly wasn’t interested in her when she was a child, but it’s still suuuuper creepy that he was dating her mom the entire time she was a teenager. Again, ew at all of this.

I expected all the f*cked up stuff about the extended Farrow family, but my true inspiration to write this article was when I saw a Page Six headline claiming that “Woody Allen dated both of Diane Keaton’s sisters.” Um, ew? At first, I was like, wait, didn’t Woody Allen date Diane Keaton? The answer, of course, is yes. The pair met in 1969 and dated for a couple years. But after that, Woody Allen ALSO dated both of her sisters. He writes “I dated her beautiful sister, Robin, and we had a brief romance. After that I dated her other beautiful sister, Dory, and we had a little fling. The three Keaton sisters were all beautiful, wonderful women.” Um, F*CKING EW!

This is like some gross 1970s Little Women fan fiction, except all of a sudden Laurie is like, a predator. Even if there’s nothing technically wrong here, that sentence about “the three Keaton sisters” is going to haunt me. Brb, I have to go wash my mouth out with soap because I read it out loud. Normally, I would make some joke about the Keaton sisters breaking girl code, but considering how sketchy Woody Allen is, I feel like they were probably manipulated into thinking this situation was normal. Hard pass, thanks!

In a postscript that’s been added to the book, Allen makes his thoughts known about Hachette’s decision to drop his book. He says that Hachette loved the book, and that “despite me being a toxic pariah and menace to society, they vowed to stand firm should things hit the fan.” But when the controversy poured in, Allen says that Hachette decided “that perhaps courage was not the virtue it was cracked up to be and there was a lot to be said for cowering.” Wow, we love delusion. Woody, this isn’t about courage, it’s about the fact that Hachette made a really bad call in the first place, and they actually did the right thing and course-corrected when their employees voiced their concerns. Sucks to suck!

So yeah, if you really want to read Apropos of Nothing, you can buy it now, or you could save that money, and instead donate it to a charity of your choice. I recommend RAINN (Rape, Incest & Abuse National Network), but whatever you’re in the mood for is great. And if you’re looking for something to watch while you’re stuck at home, I suggest this list of Netflix recommendations, which is blissfully free of any Woody Allen movies.