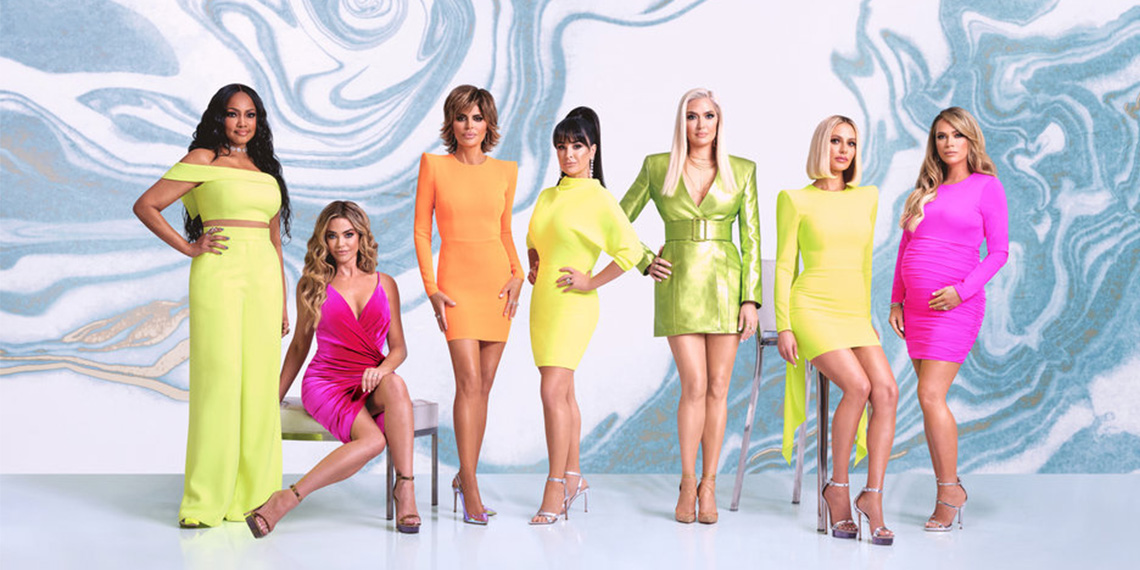 It feels like just yesterday that we were eagerly awaiting the premiere of the 10th season of The Real Housewives of Beverly Hills. After the massive let-down of season nine, it seemed that we might be turning over a new leaf, with two exciting new cast members, a lavish trip to Rome, and a Brandi vs. Denise showdown that was already burning up the tabloids. At the height of quarantine, the new season was supposed to be a much-needed escape from reality, replacing fear and uncertainty with glamour and petty drama and allowing us to focus on the Housewives’ problems instead of our own.

Instead, we got another frustratingly uneven season, once again dominated by a season-long storyline that failed to live up to the hype. Did Brandi Glanville and Denise Richards hook up? Most people seem to think so, but the truth is, we’ll never actually know definitively. Denise announced last week she won’t be returning for season 11, and given the fact that Brandi wasn’t even invited to the reunion this season, it doesn’t seem like anyone at Bravo is clamoring to get her back on the full-time payroll. This week marks the end of season 10, and for at least the third year in a row, it feels like RHOBH is in need of a major shakeup.

In each of the last two seasons, the network has made interesting casting choices, first bringing on iconic actress (and tabloid fixture) Denise Richards in season nine. Richards was a hit with viewers in her first season, and Bravo followed up that success in season 10 with another beloved actress in Garcelle Beauvais, and an unlikely voice of reason in friend-of Sutton Stracke. Both of these women had standout moments in their first season, and despite Denise’s unfortunate departure, hopefully both Sutton and Garcelle will return for another round. But the issues in Beverly Hills lie not with the new casting choices, but rather, with the older ones that have long grown stale.

With Garcelle and Denise sticking close together this season, and Dorit Kemsley suddenly filling the role of a fan favorite voice of reason, we’re left with a foursome that has been allowed to control the narrative on RHOBH for too long: Kyle Richards, Lisa Rinna, Erika Girardi, and Teddi Mellencamp. It’s clear that these women have some kind of unwritten pact to keep their unsavory personal issues out of the spotlight, and they no longer deserve to coast from season to season with no real pressure applied. If Bravo has any interest in restoring this franchise to its former glory, it’s time for some bold moves, and I have some ideas on what those should be.

First and foremost, Teddi Mellencamp has got to go. At this point, this is the opposite of a hot take, but that doesn’t make it any less relevant. In three seasons, Teddi has brought us few (if any) iconic moments, and Sutton was right when she identified Teddi as “a little boring.” While growing criticism of her accountability program could make for an interesting storyline next season, I have no faith that Teddi (and by extension, Kyle, Rinna, and Erika) would actually allow it to be brought up on camera. Far more dynamic Housewives have been let go after fewer than three seasons (Claudia Jordan, Jules Wainstein), so at this point, there’s really no excuse.

Speaking of Teddi, her permanent role as Kyle’s BFF/little minion does far more harm than good for the show. As the last OG left on the show, Kyle has put in the work and earned her status as a Real Housewives legend. But as we’ve seen with the likes of Vicki Gunvalson, Tamra Judge, and Dorinda Medley, being an OG or an iconic personality does not—and should not—grant you immunity from having to perform at a high level. Kyle doesn’t need to be fired, but we need a season where she no longer has a crutch (Teddi) to protect her from any negativity coming her way. During this season’s reunion, Kyle went head-to-head with Garcelle, and it brought out a defensive, scrappy side of Kyle that we haven’t seen in years. This is the energy we need for season 11, and I’m hopeful we’ll get it. In a recent interview with Jenny McCarthy, Garcelle was asked if she’s spoken to Kyle recently, and she indicated that she and Kyle are waiting to “do it on camera.”

This is good news, considering that in an interview last month on SiriusXM, Garcelle suggested that if Denise left she show, she would not return either. With Denise’s announcement last week, we were just waiting for the other shoe to drop from Garcelle, but it seems that she may have changed her tune. Hopefully she’s not just bluffing, because this season we got hints of Garcelle’s greatness, and a second season (where she’s not traveling as much) could solidify her position on the show.

So we’re keeping Kyle and Garcelle, giving Sutton the diamond she deserves, and assuming that Dorit will be staying, given she was universally well-received in season 10. That leaves Lisa Rinna and Erika Girardi, and this is where things get complicated. I’ll start with Erika, who is a star, no question about it. But her larger-than-life stage persona hasn’t translated to larger-than-life moments as a Real Housewife, and her glam no longer makes up for it. Each season, Erika has gotten heat for not being open about her personal life, and after five seasons, it’s time we end the grace period. For season 11, Erika can appear as a friend-of or a guest—by all means, please bring the glam!—but there’s no reason to waste a full-time contract on someone who ultimately doesn’t bring much to the table.

That brings me to Lisa Rinna. In six seasons on RHOBH, Rinna has certainly given us iconic moments, and for that, we thank her. But his season, her sh*t-stirring tactics fell flat, and by the end of the reunion, her treatment of her old friend Denise just felt sad and mean. When spearheading drama with Kim Richards or Yolanda Hadid in the past, Rinna mostly made it out unscathed, but this season left a bad taste in my mouth. I’ve liked Lisa in the past, and I want to like her again, so I don’t think she needs to be fired just yet… but the queen of “owning it” needs to be brought back down to earth, and fast. My hope is that with Teddi out of the picture and Erika on the periphery, Rinna and Kyle will finally be held accountable for their behavior, and won’t be able to systematically target whichever cast member they decide is the villain of the season.

When it comes to new cast members, RHOBH is always the most fun to speculate about, because they have a history of casting famous actresses who we already know. For season 11, I’d love to see them pull from Garcelle’s IRL group of friends, because she’s going to need a strong ally to fend off attacks from Kyle and Rinna. This season, we saw Garcelle hanging out with Ali Landry, and that’s the type of person Bravo should be seriously looking at. But going in a completely opposite direction, the season 11 cast needs another normal rich person to balance it out. Sutton seemed like a random addition a year ago, but it’s important to have women in the cast who aren’t already famous.

I won’t lie, as a huge Real Housewives fan, it’s been a rough few years for Beverly Hills. Through panty-gate, puppy-gate, and whatever the f*ck we just watched with Brandi and Denise, it feels like we’ve taken three steps back for every step forward. For a show with as many iconic moments as RHOBH, there’s no reason it needs to be this way, and I hope Bravo recognizes that it’s finally time to make some real changes.