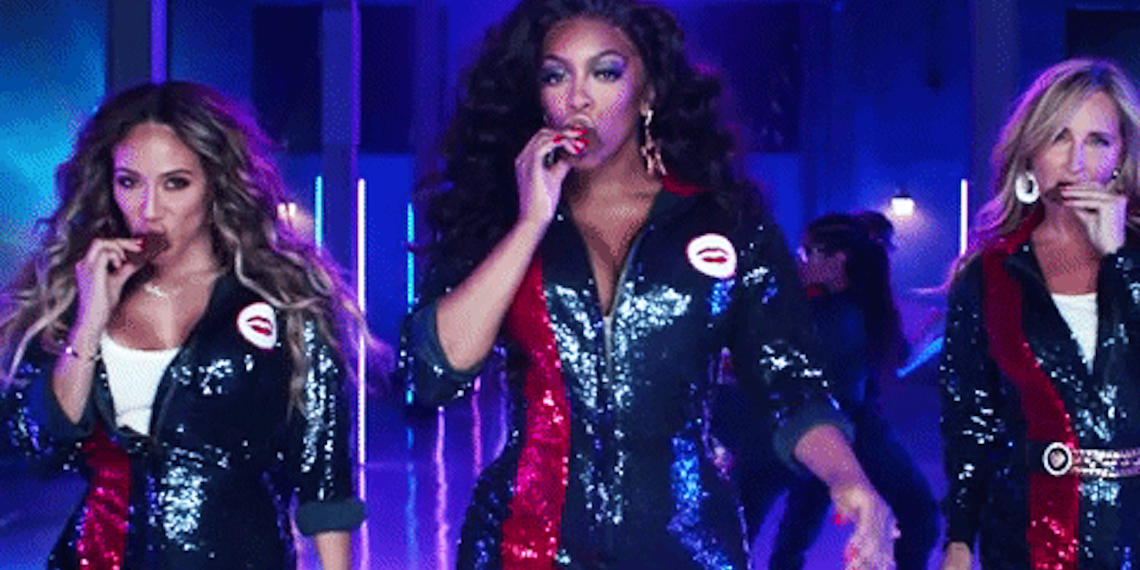 The Real Housewives Collaborated On An Insane Music Video

I watch a lot of Real Housewives, and there are over 100 women who have graced the Bravo reunion couches in the past decade. Of course, we all have our favorite housewives, but keeping up with what all of them are doing on social media is basically impossible. Mostly, it’s a mix of mid-tier sponsored posts and vacations I could never afford, but this week, something happened that’s just too important to ignore. Five of the biggest all-stars of the Real Housewives franchise collaborated on a music video for Fiber One, and it’s the best thing that’s ever happened to me.

Many Housewives have tried their hand at pop music careers over the years, to varying degrees of success. Erika Jayne and Countess LuAnn are selling out their shows across the country, while the last time I thought about buying a ticket to see Kim Zolciak Biermann perform her hit “Tardy to the Party” was approximately never. Sorry, not sorry. But luckily the people at Fiber One know how to produce a bop worthy of these housewives, so let’s discuss the masterpiece that is “Work Done.”

The song, which is also available on Spotify (you’re welcome) is performed by Melissa Gorga, Porsha Williams, and Sonja Morgan, and the video features special appearances by Tamra Judge and Dorinda Medley. In the video, they’re all wearing matching sequined navy and red jumpsuits, and I’ve got to say that they all look incredible. I simply don’t believe that Porsha had a baby less than five months ago—it’s not fair. The theme of the song is a tongue-in-cheek nod to how all of them have had their fair share of nips and tucks (especially the ladies of the OC, let’s be real), but whatever they’ve had done, it’s working for all of them.

Okay, I low-key want these brownies now. In general, I’m impressed with how committed all of these ladies seem to serving their best fierce-music-video attitudes, because this could’ve gone very badly if they didn’t pull their weight. That Fiber One check must’ve been pretty hefty, because they’re all fully into it.

Throughout the video, we get some classic Housewives catchphrases and big personality moments, which obviously makes it a must-see for any Housewives fan. Dorinda gets to say two of her most iconic lines, which is a good thing, because I personally would’ve protested if she didn’t make a reference to making it nice.

Tamra also appears basically just to throw in her iconic “THAT’S MY OPINION” line, which I could watch until the end of time. I’m just finishing binging all 13 seasons of RHOC (yes, I also have a full-time job), and even though Tamra is a professional sh*t-disturber, I can’t help but love every single thing that she does.

Sonja Morgan is in rare form for basically the whole video, starting off with when she asks everyone to wait while she fixes her top. I don’t know if this was planned in the song, or if Sonja actually stopped the recording to fix her top, but I’m hoping it was the latter. Either way, I’m dead. She also gifts us with another line during her verse that I have a feeling is going to be a new catchphrase: “New nose, who dis?”

Really, “new nose, who dis?” is the perfect way to acknowledge your plastic surgery while showing that you don’t give a f*ck. I’ve met Sonja in real life, and she’s actually like, strikingly beautiful. I’m sure it’s not 100% natural, but who tf cares?

If you couldn’t tell, this gif basically sums up my feelings about this entire music video:

Here’s the full music video for “Work Done,” and if you need me, you can find me on Hulu watching Real Housewives at basically any time.