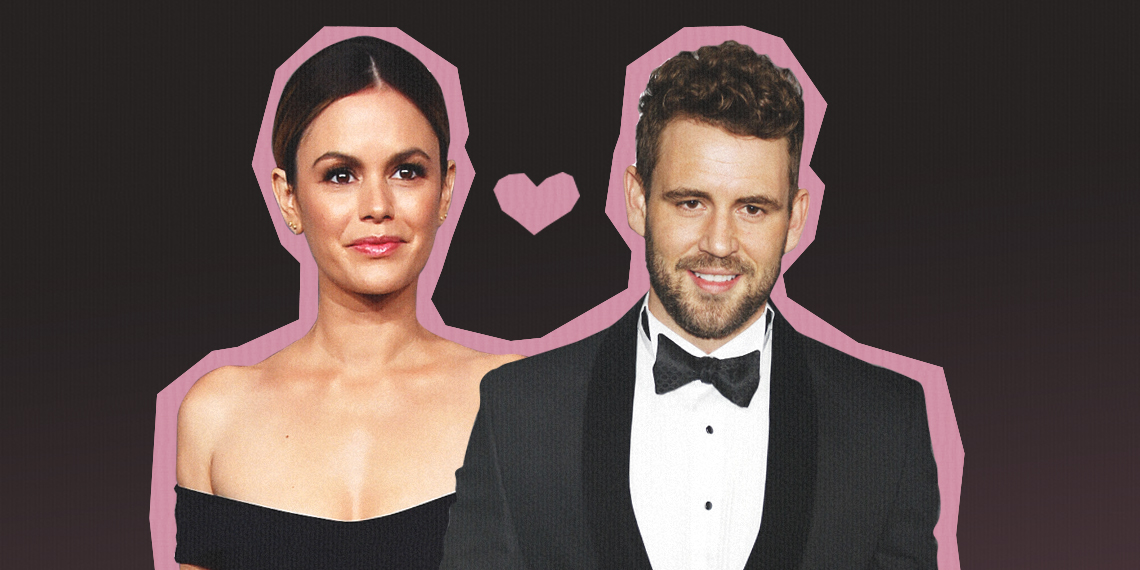 I’ve been a loyal member of Bachelor Nation for longer than is psychologically recommended (according to my therapist). In fact, I’m so invested in them that I spend almost seven months out of every year chained to my TV for two hours on Monday nights, just to watch these people find love while simultaneously bringing dishonor to their family name. I then meticulously record this aesthetically-pleasing car crash in a weekly recap so that we can all remember that one time Chris Harrison had to explain to Colton which hole to put it in for posterity purposes. One could even argue that watching The Bachelor has been my longest relationship to date.

And, like any other toxic relationship in my life, I’ve put up with my fair share of bullsh*t. Getting rid of Jorge The Bartender on Bachelor in Paradise in favor of Wells, who is about as much a mixologist as I am a person with good credit? Fine. Letting Chris Harrison negotiate a new contract that allows him to speak seven words or less per episode, despite the fact that he is the glue that holds that insane asylum together? Also fine. Giving Nick Viall not one, not two, not three, but FOUR separate seasons to con the American public into thinking he could ever be a catch? Fine, fine, fine. But what I won’t stand for—what I absolutely refuse to allow—is Bachelor Nation infiltrating the lives of real celebs.

For those of you who haven’t been paying attention, recently there has been a number of former Bachelor contestants vying for the hearts of actual celebrities, like Tyler C and Gigi Hadid, Demi Lovato and Mike Johnson, and as of last week, potentially Nick Viall and Rachel Bilson. And these are just the most recent couplings!

When I first found out about Tyler C hooking up with Gigi Hadid, I was disappointed and a little upset. My friends, on the other hand, were ecstatic. “Good for Tyler!” They’d say. “He deserves only good things!” Look, I’m not going to pretend that watching 30 hours of TV footage of the man makes me an apt judge of his character, but I was inclined to agree. Good things? Sure. But going from dating a girl who names her zits and regularly butchers the English language to dating one of the highest-paid models in the world, who also happens to be an international superstar? Are you f*cking kidding me, Tyler?

Bottom line? I felt lied to. I had just spent weeks this summer watching Tyler profess his love for Hannah B, a girl who is the definition of “hot mess” in Urban Dictionary, only to find out that what he was really searching for in a partner was 108 pounds of hairspray and coconut water. Part of those feelings of betrayal came from the fact that these guys are supposed to be somewhat attainable. These are supposed to be guys who would theoretically be into us, the viewer (assuming we are under a size 4, have at least 10K followers on Instagram, and look professionally airbrushed at all times). AND GIGI F*CKING HADID IS NOT LIKE US, THE VIEWER, IS SHE TYLER C?!

Furthermore, I’ve always considered the stars of Bachelor Nation to be their own sad, demented sorority/fraternity, that real stars—people with certifiable talents and ambition that goes beyond which Instagram sponsorship will pay for their Revolve credit card—would look down upon. Bachelor contestants are willing to debase themselves on national television, wear chicken suits and cry about being seagulls instead of pigeons. Why would a person who has won Emmys for acting or hit the Billboard Hot 100 want to date a person whose bio can be summed up as “social media participant” or “former high school athlete”?

Take Mike Johnson and Demi Lovato, for instance. Do I love them both? Yes. Do I want both of them to be happy? Also, yes. But Demi is a rockstar, a huge advocate for mental health, and has a world-wide fanbase, while Mike… has a really great smile? Calls women “queens”? Seriously, what does this guy do for a living and is he really good enough for MY queen Demi? Their budding relationship feels mismatched and off-kilter. That’s not to say some relationships can’t be mismatched, but this feels like something more than that.

And for the most part, it’s the men of BachelorNation who are sliding into the DMs of A-list stars. You don’t see Bibiana hitting up Michael B. Jordan’s IG comments section with flirty emojis or Kristina Schulman going on dinner dates with Chace Crawford. Which brings me to the real reason I’m so offended by these recent couplings: why is this phenomenon so one-sided?

We’ve talked at length about how The Bachelor men dating A-listers won’t be great for the franchise. It already felt like a real suspension of reality that these conventionally attractive, mildly successful men weren’t able to find love in real life and that’s why they came on the show. Over the years, it’s felt like less of the contestants are actually there to find love with the lead and more of them are there to find fame and careers on Instagram. And now the female leads must contend with the likes of Demi Lovato and Gigi Hadid potentially sliding into the guys’ DMs post-production, apparently.

Aside from Lauren Bushnell’s recent engagement to country music singer Chris Lane, the majority of the ladies in Bachelor Nation are single or are dating in the Bachelor pool of potential suitors, but the men aren’t playing that game anymore. While Nick Viall serenades Summer Roberts on his podcast, Caelynn felt so desperate for a happy ending that she settled for a man who lives in his van.

More and more I watch this show and think, “man, she’s settling” and I’ve realized that’s not the kind of reality TV I want to watch anymore. This used to be a show about real people looking for love. Over time, that’s shifted into cosmetically enhanced, famous-adjacent people looking for love, and I was fine with that too. But I can’t stand for this new turn of events. I don’t watch The Bachelorette or Bachelor in Paradise to find out how a good looking dude from Florida somehow managed to bag a supermodel. I watch this show to root for the women, for them to find themselves and maybe find love too.

Hannah B set a new precedent  for Bachelorettes: that we can be funny and messy and say the wrong things and STILL be desirable—still be wife material. But watching her men declare that’s what they want in a wife and then go out and date international superstars in the next breath is enraging and upsetting. If this is what the next generation of Bachelor looks like, then count me out.