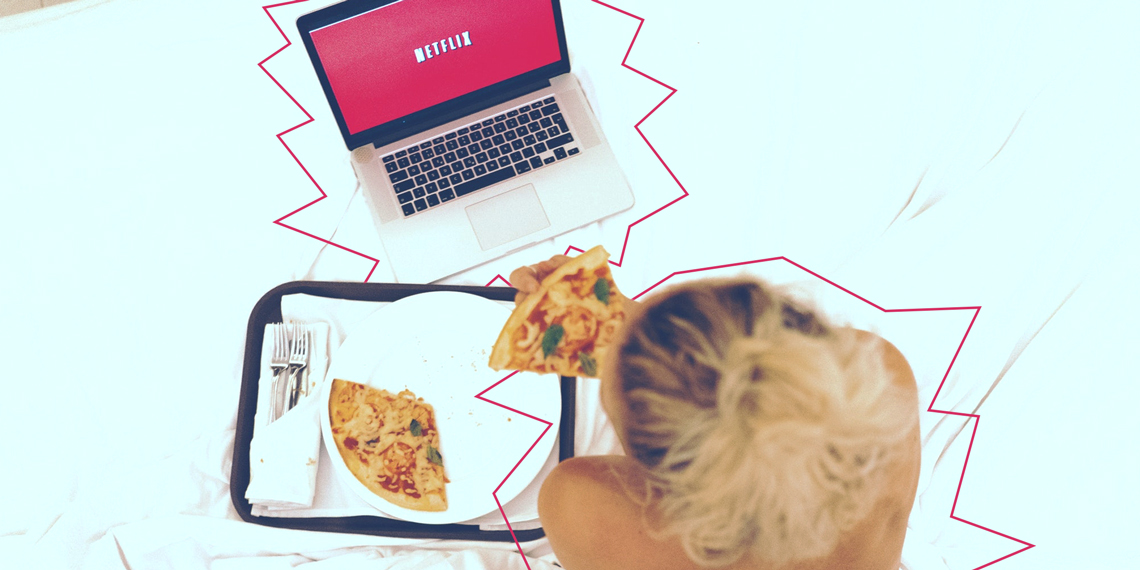 If you’re like me and outdoor activities ain’t really your thing, except for only in your Insta life, then Netflix really is the greatest activity you have to look forward to. And IMO, the chillest too. I mean, think about it. You make the plans on your own, and just for yourself, so there really isn’t any risk of “unforeseeable” last-minute cancellations. So to help you with that, here’s a list of some of the best TV shows and movies coming to Netflix in August!

P.S. Netflix added a new update to its website that lets you customize your profile icons with characters from your favorite shows. This means you and your friends (the ones who have your Netflix password) can all change your Netflix profile pic to your fave actors or cartoon characters. Brb, changing mine to Jonathan Van Ness.

‘To All The Boys I’ve Loved Before’

This show, based on Jenny Han’s New York Times best-seller of the same title, is set to release on Netflix on August 17. The lead character of the show, Lara, writes letters in secret to the boys she has a crush on and is obsessed with (P.S. this plot alone screamed an inclusion to this list). The problem? “The letters are out!” In an attempt to save her ass, Lara pretends to date another guy so the five boys and the rest of her school don’t think she’s really into them. Lara is so relatable because these five crushes she writes about are the five exact boy types we betches have all fallen for at least once in our lives. Or throughout our lives, in my pathetic ass’s case. The story then revolves around Lara’s fake boyfriend’s advice, “You can’t just sit in your room and write love letters. You gotta tell people how you feel.” Agreed. You go, betch.

After I binged season 1, it has been a long and rather impatient week for season 2 to land on Netflix. Newcomers to the show, here’s a two-liner summary: Newly deceased Eleanor Shellstrop finds herself in The Good Place, a heaven-like afterlife. Only thing, she knows there’s no way she belongs there, because with the life she’s led, she’s got Bad Place written all over her. Uh, same. And Kristen Bell, who plays Eleanor, kills it in the lead role. Set to come out August 28, you have plenty time to binge the brilliantly hilarious and surprising season 1. This is basically one of those shows that make you feel good as you watch it, and I know all you betches could use that.

Ozark is an edge-of-your-seat crime drama series, starring Arrested Development’s Jason Bateman as the lead. Bateman plays the character Marty Byrde, a financial planner, who relocates his family from the suburbs to the Missouri Ozark mountains (like, could he think of anything more miserable??) after a money laundering scheme goes wrong. Byrde owes money to a Mexican drug lord and after they arrive to the Ozarks, they also get involved with the local Ozark criminals. This show is dark, and honestly, it might take some of you getting through the first two episodes to really start digging the show, but it’s totally worth it cause it’s GOOD. Also, Breaking Bad fanatics, you’re going to love this.

This adult animated fantasy sitcom is created by Matt Groening and set to come out August 17. This is probably the show I’m most excited about, because Groening has given us arguably the greatest and most influential animated comedy series of all time, The Simpsons (also the under appreciated Futurama). Now exploring the fantasy genre, Groening is blessing us with his third original animated series, which follows Bean, a rebellious and alcoholic wayward princess (finally a relatable princess, amirite??) and her two companions—her “personal demon” Luci and an elf named Elfo — as they go on their adventures. And if a hard-drinking princess isn’t enough of a selling point for you, Bean is voiced by Broad City’s Abbi Jacobson. And from the looks of its trailer, this series will be a classic graining comedy.

You didn’t think I was going to leave out part two, did you? This one’s about the Royal Engagement, and after the whole British-boy-meets-American-girl-and-marries-her-into-royalty debacle we witnessed with Meghan Markle and Prince Harry, it’s quite evident how obsessed y’all are with a Royal Engagement, so this inclusion was necessary. But let’s not forget, Mia Thermopolis did it first. This second part also has Chris Pine, which just makes it a gazillion times easier on the eyes. This movie’s also nice to watch because it lets you revel in some high-grade imagination as Mia becomes the princess of Genovia for her 21st birthday, and I was….well, princess of trash for my 21st, so cheers?

This 1989 film is a comedy-drama classic, hence, a must watch. If you happen to exist in a planet beyond this f*cked up one and have no clue of what this movie is, it’s about the bond a group of six women share in a small community and how they deal with the death of one of their own. The movie is an adaptation of a play by Robert Harling, who based the story on the death of his sister. And if you were wondering, the clever title comes from seeing the women in the movie as being as delicate as the magnolia flower and as tough as steel. Pro tip: sit alongside the tissue box while watching with your girls.

Netflix recently announced its new comedy movie, The After Party, set to release August 24. The story revolves around two best friends looking to land a record deal before one heads off to college and the other to the military. What ramps up this comedy is its star-studded cast, which includes celebrities like Teyana Taylor, Blair Underwood, Wiz Khalifa, KYLE, and French Montana, among others. Idk about you, but the celeb-filled cast is good enough hype for me to watch it.

This is a social, cultural, and political documentary that follows former U.S. Labor Secretary Robert Reich as he makes a compelling case about raising awareness of America’s widening economic gap. Reich emphasizes that of all developed nations, the United States has the most unequal distribution of income (no surprises there!) and how the country is surging toward even greater inequality. But isn’t that also what we kind of already decided to do when we put the orange faced clown in office? You betches know dumb isn’t cute anymore, so watch this documentary because it will not only give you a thought-provoking perspective of arguably one of the biggest problems this country faces, but it will also give you clarity on what can be done about it.

This is like a part of the Queen B circle of chick flicks. Gerry, who is Holly Kennedy’s husband and the love of her life, dies from an illness. Gerry knows all along how hard Holly would take it, so before his death, he writes Holly a series of letters that she finds out about and reads starting from her 30th birthday. Gerry writes these letters in hopes to ease her grief and help her move forward in her life even after his death. I know. It’s movies like these, along with Disney classics, that skyrocket my expectations from men. Brb, already sobbing.