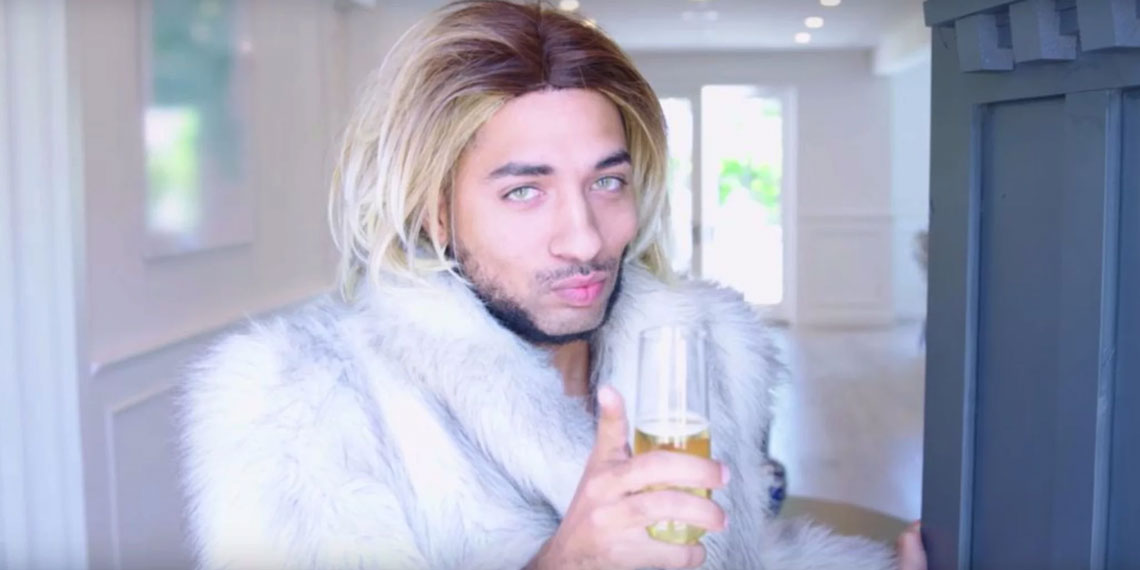 By now, you’ve probably heard of the self-proclaimed Instagram model who scammed like, 150 guys into competing for a date with her. After the initial tweet about Natasha Aponte’s shady stunt went viral, it was revealed that the whole thing was actually a promotional scheme. Which like, is totally to be expected from someone who has “Actress, model, singer” and a Soundcloud link in her Instagram bio.

For obvious reasons, I was pretty effing excited for this scam to be revealed. But, the whole thing kind of played out the same way every Real Housewives reunion does: it’s super hyped up, and then a dumpster fire of a disappointment.

Natasha Aponte and producer Rob Bliss just pulled the whole stunt for a social experiment. Literally the only thing that came out of this mess was a four minute YouTube video about the double standards of swiping apps. They basically wanted to show all of the sh*tty tendencies people have on dating apps IRL.

In an interview with CBS, Rob explained that he was trying to get people angry. He also said that this entire thing took two years to plan… to which I say, who hurt you? This dude literally hired 50 people just to message guys from Natasha’s profile, just to make a YouTube video.

Really, this just makes no sense. The problem with swiping apps isn’t necessarily the fact that it gives people the ability to filter potential suitors out based on shallow or petty qualities. The problem is that you have people, like Natasha Aponte and Rob Bliss, who make profiles, chat people up, and make plans—when they have no intention of actually pursuing the people they match with. And then, because you can just go back on the app and swipe through an endless stream of people, there’s no real incentive to invest in any one particular person. But sure, complain that girls swipe left on you because you wear khakis. Whatever helps you sleep at night.

TBH, I kind of regret calling these people scammers, because I love scammers, and this whole thing just feels like a grand scheme for this Rob guy to very publicly complain about dating apps and stroke his own ego. Scammers get sh*t done ASAP (no Rocky), and this guy basically just elaborately festered over his hatred of swiping apps for two years.

In other news, Natasha has almost tripled her Instagram following and made her account public since this whole thing broke. I’m sure she’ll be able to start adding affiliate links to her IG stories very soon. She has also disabled the comment sections of most of her recent photos, so clearly she feels very famous rn. (Honestly, who besides like, Iggy Azalea ever really needs to disable IG comments?) Sounds like this whole thing had a very happy ending after all.

If you love scammers—like, actual scammers, and not these salty people with too much time on their hands—then we have good news. On October 1, we’re launching a NEW podcast about scams, conspiracy theories, cults, and true crime. It’s called Not Another True Crime Podcast and it’s going to be dope. Follow us on IG at @natcpod for more info and a peek at what’s to come.