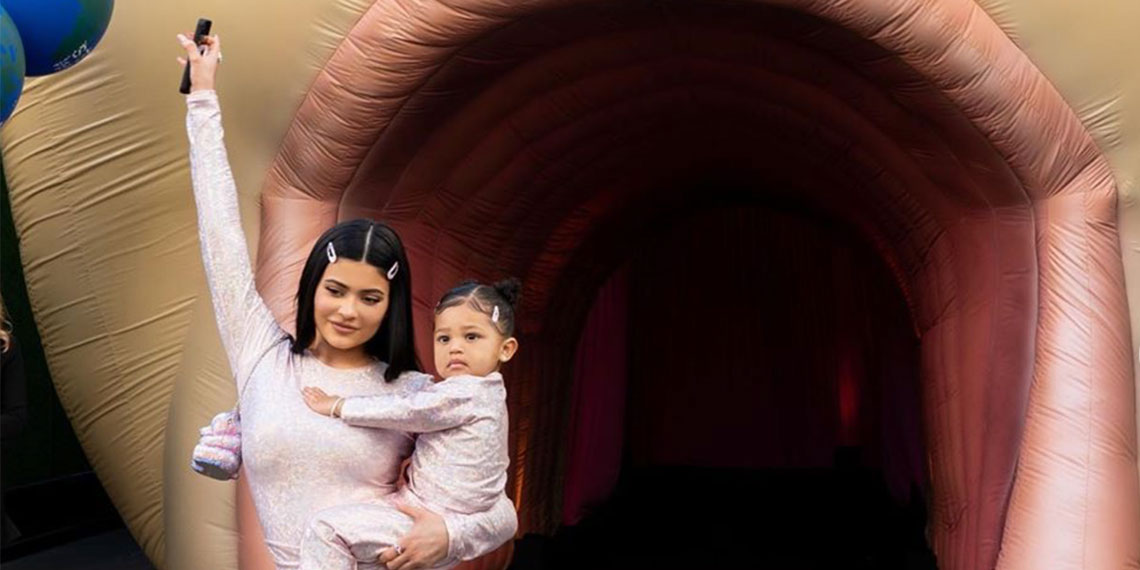 The Most Ridiculous Things About Stormi World 2

This weekend was one of the biggest events of the year, and no, I’m not talking about the Super Bowl. Saturday marked Stormi Webster’s 2nd birthday, and in true Kardashian-Jenner fashion, Kylie Jenner threw her what is possibly the most over-the-top party in history. Last year, Kylie and Travis Scott set a pretty high bar for ridiculous birthdays with the original Stormi World, but they managed to completely outdo themselves this year. Basically, Stormi World 2 makes all of Gatsby’s parties look like lame backyard barbecues.

This year, instead of just one lavish themed area, we got three. Of course, there was the terrifying Stormi World, but party guests also got to explore Trolls World and Frozen World, which were all 10 times fancier than any party I’ve ever been to. Obviously, most Kardashian-Jenner parties aren’t exactly normal, but this one feels especially ridiculous. I’m positive they spent more than my annual salary on this party, and Stormi probably still won’t remember anything. But anything for Instagram! Let’s go through some of the more absurd parts of Stormi World 2.

The nightmare continues with a smaller, yet even scarier Stormi head. This one is like a mascot/bobblehead that someone is wearing, and it’s honestly horrific. I practically need therapy from seeing this, so I shudder to think what all this is doing to Stormi. Also, I need to know who is under the giant Stormi head, and how much they’re being paid. I really hope all the people working this event made a lot of money for putting up with this rich BS.

In Kylie’s Instagram stories from the party, you could clearly hear that they were playing Travis Scott music in the Stormi World section. We heard bits of multiple songs, so it seems like that was pretty much the playlist. Now, I love me some Travis Scott (I have Astroworld saved on my phone), but I wouldn’t say that it’s the most appropriate music for a two-year-old’s birthday party. It’s like every actor has certain movies they’re not going to show their kids until they’re older—Stormi should probably steer clear of her dad’s music until she’s at least 15. My mom confiscated my Usher CD when I was 10, and I turned out okay.

Are those… whoopee cushions with Stormi’s face on them? I don’t think they actually are, but that’s kinda what it looks like. But really, what are they? Little pillows? Non-helium balloons? Regardless, it’s super f*cking weird to have people play an arcade game that involves snatching your daughter’s face with a metal claw. Just put some of the Toy Story aliens in there and call it a day, Kylie—not everything has to have Stormi’s face on it!

Of course, any kid’s party worth attending has party favors, but usually they’re like… little bags of candy. Not at Stormi World!! This party had an entire merch tent called the ~Stormi Shop~, which had t-shirts, hoodies, slinkies, and more of those things that look like whoopee cushions (pretty sure they’re pillows??). Guests could tie-dye their own Stormi World merch, or they could probably have a servant do it for them if they didn’t want to get their hands dirty. This is extremely extra, but I’m not gonna lie and say I wouldn’t love one of those tie-dye sweatshirts. You can never have enough hoodies!

This is not the first time Kylie has hired giant Trolls to come hang out with Stormi, as Poppy stopped by the house on Christmas Eve. I guess Stormi likes them, but at two years old, I would’ve been scared sh*tless of these big-ass Trolls. Let’s be real, they would make me uncomfortable even now. The Frozen area of the party also had character appearances from Olaf and Elsa, but somehow the Trolls feel so much weirder.

Okay, so I don’t know exactly what went into putting on this event, and maybe (hopefully) some of this stuff was done using sustainable practices. But I’m not so confident about that. And no matter what, it can’t be that green to basically build Disneyland for one night and then tear it all down the next day. It’s pretty depressing to think about how much waste was probably created from this event, because I’m pretty sure the all the props in the Trolls World jungle aren’t recyclable. My childhood birthday parties at the bowling alley might not have been this cool, but at least those parties didn’t have the environmental footprint of a small country.

At the end of the day, Stormi World 2 was obviously ridiculous, and I kind of feel like that’s the whole point. The Kardashians have set a precedent for throwing these wild parties, and now it’s like they just do it because it’s their thing. If they’re going to keep doing this year after year, the least they could do is send an invite my way. I’m really good at tie-dye!