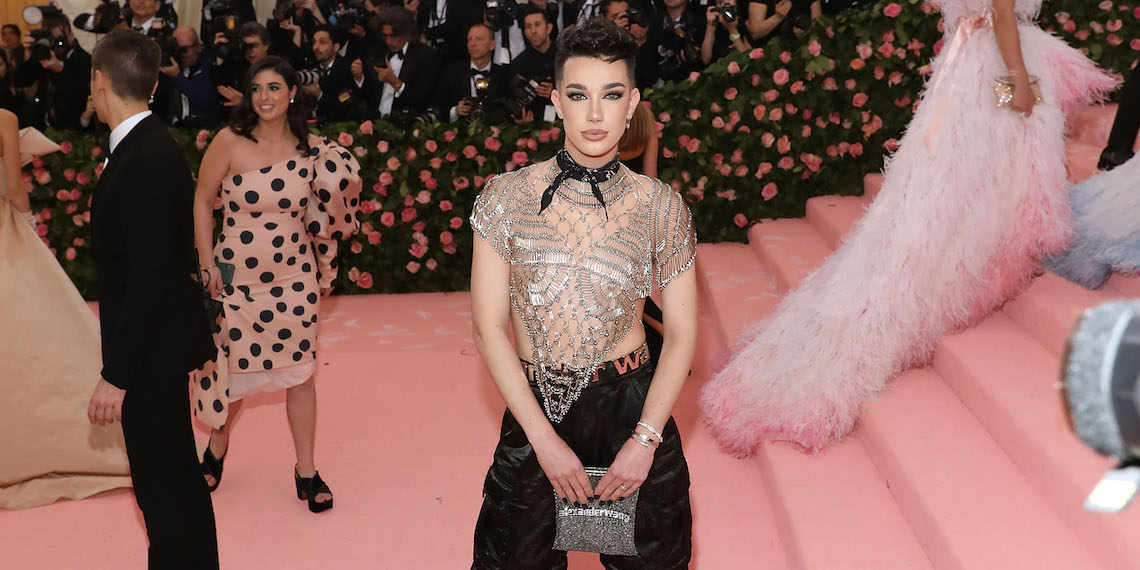 The Most Random Celebrities At The 2019 Met Gala

Last night was the annual Met Gala, and many of the world’s biggest stars took to the red carpet to show us their interpretations of Camp. Some nailed it, while others were more on the boring side, but there was a lot going on. While we were busy focusing on A-listers like Cardi B and Jennifer Lopez, there were also some random faces on the pink carpet. The Met Gala is a notoriously exclusive event, so how did these unfamiliar faces manage to get tickets? Call Kris Jenner, because this is a job for the FBI.

R U KIDDINGG MEEE, BABEEEEE.?? that look so uncomfortable but i hope you enjoyyy. HAPPY MET !

One of the first people on the pink carpet last night was Liza Koshy, looking like she was smuggling a TV under her Balmain dress. Liza is a famous YouTuber who got her start on Vine (RIP), and her videos have more than two billion combined views. Damn. She’s also a co-host of MTV’s TRL, which I didn’t realize was still on. She was at the Met Gala this year as a Vogue correspondent, interviewing other celebs on the red carpet. Somewhere, Giuliana Rancic is having a tantrum that she didn’t get this gig.

my first met gala ? thank you so much @youtube for inviting me and @alexanderwangny for dressing me! ? being invited to such an important event like the ball is such an honor and a step forward in the right direction for influencer representation in the media and I am so excited to be a catalyst. video coming tomorrow!

While we’re on the subject of famous YouTubers, let’s talk about James Charles. Full disclosure, I can’t stand James Charles. He’s an obnoxious YouTube makeup guru, who has a history of saying super problematic/racist things, and he’s also annoying as f*ck. James was invited by YouTube (unclear why they get invitations) and dressed by Alexander Wang, because sure, why not?

Like I said, I can’t know everyone in the world, and we all have pop culture blindspots. Turns out that Chris Lee is a super famous singer from China, and it’s exciting to see celebs from around the world getting equal opportunity exposure at the Met Gala. More of this, please! The one unfortunate thing is that the gown Gucci gave her looks way too similar to the one Saoirse Ronan was wearing, also by Gucci. Why would they do this?

Charlotte Casiraghi at MET gala 2019 in NYC on May 6th 2019. #charlottecasiraghi

Whoever this is, she definitely didn’t understand the theme. When I Googled Charlotte Casiraghi, the first thing the internet told me is that she’s an “Italian industrialist.” I’m not sure what that means, but I’m pretty sure it doesn’t get you invited to the Met Gala. On second glance, and more importantly, it turns out Charlotte is eleventh in line to the throne of Monaco. Her grandmother was Grace Kelly. Casual. Now I understand why she’s on the guest list, but I’m still really struggling with her dress that looks like it was made from shredded records.

The Entire Cast Of ‘Riverdale’

— Who looked the best?? THEY ALL owned the pink carpet but my fave was Madelaine! She looks bomb ?

Look, Riverdale has never been my cup of tea. It’s not for me, but I understand that it’s very popular. But I’m a little surprised that almost everyone in the main cast merited an invitation to an event like the Met Gala. Like, Lili and Cole? Sure. But Camila Mendes’ yellow and blue nightmare looked like a Teen Choice Awards mistake, and Madelaine Petsch’s Tinkerbell couture was, um, also a choice. Good for them I guess, because I certainly wasn’t invited.

A night to remember #metgala #metcamp ??

In the grand scheme of things, it’s really not that random that Caroline Trentini was invited. She’s a model, and random models make up about a quarter of the Met Gala guest list. But I was a little surprised at her outfit. It’s by Thom Browne, who also dressed Cardi B this year, but I really can’t with the Party City skeleton look. I’m sure this dress was very expensive, but like Countess Luann says, money can’t buy you class.

Who Was Noticeably Absent?

Usually, Met Gala Monday unofficially doubles as Rihanna Day. Rih knocks it out of the park every single year, but this year she didn’t show up. She addressed her absence on her Instagram by playing with that f*cking makeup, and also declared Anna Wintour best dressed. I’m glad she didn’t ignore that the Met Gala was happening altogether, but I’m still pretty pissed that she didn’t show up to teach everyone how to stick to a theme.

Rihanna wasn’t the only high-profile absence from this year’s Gala. Past red carpet all-stars that were also missing included Sarah Jessica Parker, Blake Lively (who gets a pass only because she is pregnant), Taylor Swift, Beyoncé, and Madonna. I’m sure they all had great excuses, but I’m gonna need them all back in 2020 with some incredible fashion. Thanks in advance!