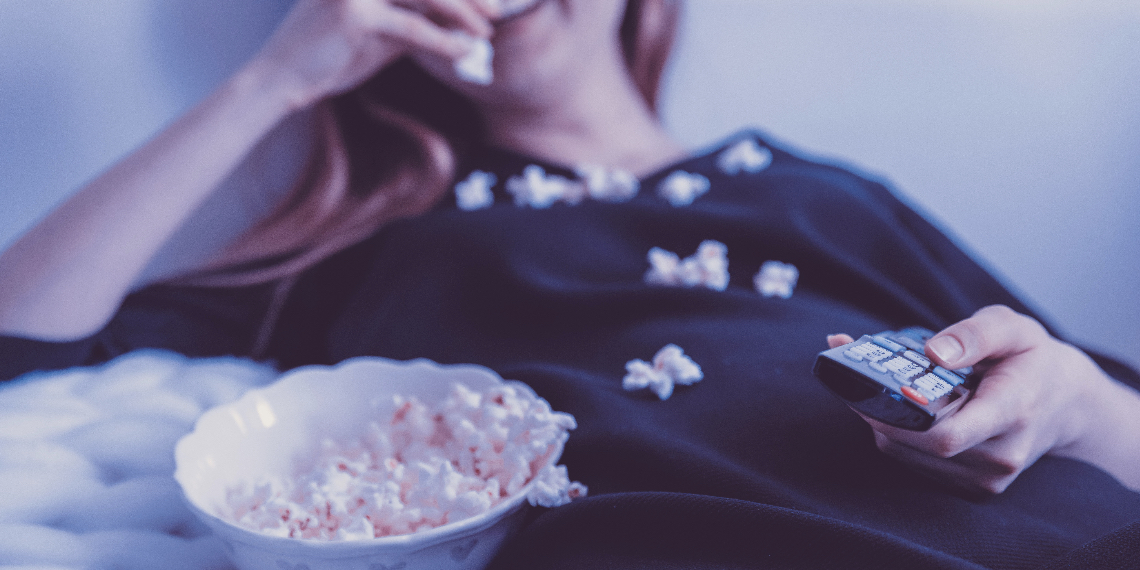 The Most Popular Reality Shows By State Are F*cking Random

Remember that episode in Euphoria when Rue watched so many consecutive hours of reality TV that she gave herself a f*cking kidney infection? Rue, I want you to know that you are not alone. Reality TV to Americans is what gasoline is to cars. We need it, okay? Just to confirm what I already know, I perused a thorough HowToWatch.com analysis on how much this great nation lives on reality TV and, more specifically, which shows give us the most life.

Now, even though we all love reality shows, can we just agree that they are all garbage? Like, I’m never up late with my roommate discussing the many deeply complex issues from the most recent episode of American Ninja Warrior, ya know? Here’s the thing, though, even though all reality shows are pretty bad, some are just objectively worse than others, but those sh*tty ones still have insanely high ratings. For instance, has anyone ever heard of the show Alone? Anyone? Me neither, but guess the f*ck what? It’s apparently the most popular reality show in the entire country! Literally, can anyone tell me what this show is?

Okay, I looked it up, and Alone is a show on the History channel that’s basically a survival show. According to Wikipedia, source of all our college essays, the contestants “are on their own — separated from one another with no camera crews in sight. They have just limited gear, cameras to document the experience and, perhaps most importantly, their wilderness experience to make it in the harsh, unforgiving terrain.” Sounds… bleak. Is the world not bleak enough already? Is this what we are really watching in our fun escape time? Americans, we can do better.

Before we dive into the details of the chart, let’s just take a look at it.

I am truly shocked that not the country isn’t split between KUWTK and The Bachelor/ette in Paradise. And the fact that Naked & Afraid is on here at all, let alone twice, is amazing. I watched Naked & Afraid once and it was…an experience. Was it interesting? Eh. Was it f*cking bizarre? You bet!

If, like Miss Teen USA, maps aren’t really your jam, see below for a breakdown on which shows are most popular in which states. You’re welcome.

I know I already said this, but I have to say it again: Alone is the most popular show in American right now. Why is it so popular? Someone in any of these seven states please let me know.

After really spending some quality time with this chart, I am realizing that America is f*cking huge and filled with many different types of people all of whom have vastly different opinions on what is good TV. I mean, can we talk about the fact that Mexican Dynasties is the most-watched reality TV show in California? This is how Bravo explains CA’s favorite show: “Connected to each other through a string of personal and professional relationships going back decades, the Allendes, the Bessudos and the Madrazos have Mexico City and all of its offerings in the palms of their hands. With both humor and heart, they challenge stereotypes, raise a few eyebrows and proudly showcase their over-the-top lifestyles.” K, what does any of that even mean? Because it honestly sounds like a soap opera with an all-Mexican cast. Am I wrong?

Also, as I look over this map/chart/graph, I have to admit, I haven’t heard of most of these shows and yet, they are some state’s most-watched. How does this even happen? For instance, Nailed It! is a bake-off competition. Sounds cool and delicious, but don’t we already have that exact same show and called it Cupcake Wars? How many goddamn baking shows do we really need, people?

Now that we’ve gone over the geography here, I’d like to take a quick minute to go over the most random shows on here, like American Idol in Louisiana. WTF? Is this show still on? Remember when Ryan Seacrest tried to high-five a blind man? Good times. Another surprise? That Chrisley Knows Best is anyone’s favorite show anywhere. To be fair, it’s only popular in South Carolina and that’s probably because Todd Chrisley was raised in SC, so he’s basically a local celebrity. Using the term “celebrity” loosely since I call myself a local celeb when I’m back in Bethesda, MD.

So basically, the main takeaway here is that The Bachelor is not quite as popular as it seems, and neither are the Kardashians. But apparently, we do have trash taste when it comes to trash TV.

Are you absolutely shooketh over these results? Let us know in the comments!