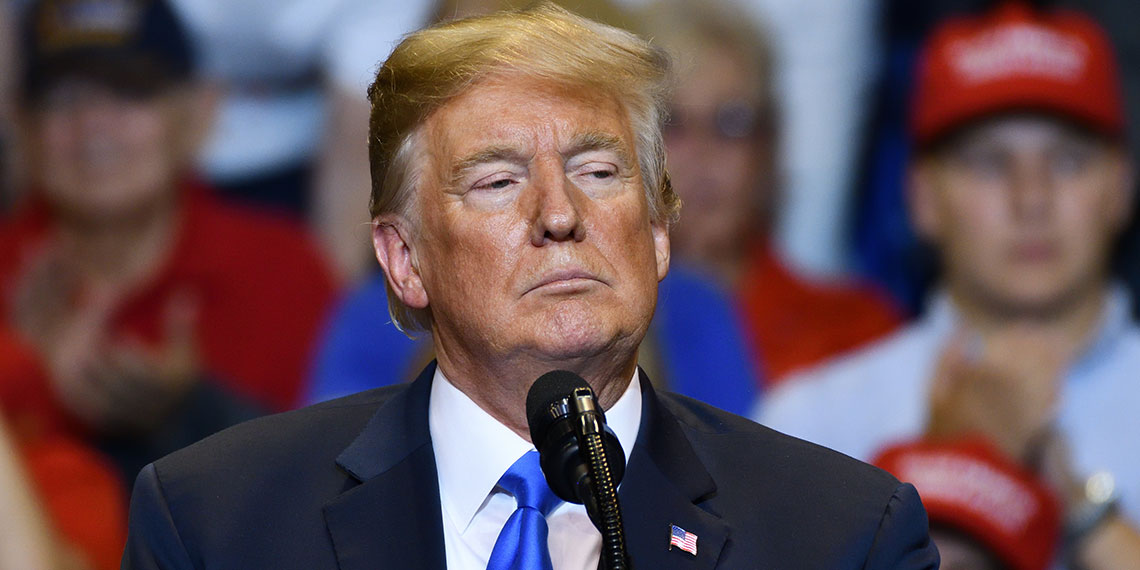 Somehow, there’s always more bad sh*t to say about the President of The United States. And, because we live in The Bad Place, people keep writing books about how shitty the President is instead of doing anything about it.

While Michael Cohen and Bob Woodward are spilling tea in their new books, the methods by which they obtained the information are kinda fucked up. Mostly because they knew, like, a lot of stuff that could have literally saved lives or led to Trump’s impeachment and decided to hold it until they could sell their books and cash out on this super important information. Thanks, guys!

I know something damning about Trump of grave national interest so I…will be releasing it on my Only Fans! $50 to view this earth shattering piece of news 🥰

Michael Cohen’s Disloyal came out a few days ago. Disloyal basically confirms a ton of things we already knew while adding some brand new crazy stories of his time working for Trump. Bob Woodward’s new book also contains some serious allegations against the President. Bob Woodward’s Rage is set to come out on September 15th. Unlike Cohen, Woodward did not work in the White House. Still, the journalist and author sat on some key information about the President.

To save you all from buying these books (that you prob wouldn’t even read anyway) and adding to these asshole’s profits, we compiled the most important findings for you.

Ok, yes, we already knew this, but Cohen’s new book has more disturbing details. Trump told Cohen that every country run by Black leaders is a “shithole” and expressed resentment towards the late Nelson Mandela for ending apartheid. In Cohen’s book, the President is described as saying that Black and Latino individuals are “not his people.” *Sigh.*

We also all know that Trump is, like, super jealous of Obama. According to the book, Trump hired a black man to roleplay as Obama so that he could scream at him and then fire him on video, which is, like, absolutely f*cking crazy. On top of this, Trump said that Obama only got into Harvard because of “f*cking affirmative action,” which is simply not backed by evidence, and a bold claim from the man who owes his entire career to nepotism.

Cohen: Ivanka (And DJT Jr. & Eric) Did Not Start Out On The Trump Train

Cohen’s book reveals that the Trump’s three eldest children were super not on board with their dad running for President. According to Cohen, Ivanka, Don Jr., and Eric were totally embarrassed by Trump’s racist claims in his campaign announcement. The kids were primarily worried that his run would ruin the family’s legacy and social position. Ivanka told Cohen that his campaign was “killing the company,” and Don Jr. reportedly told Cohen that the family was “losing millions.”

Cohen details an incident in which the National Enquirer, a tabloid run by David Pecker, a friend of the President, paid Karen McDougal $150,000 for exclusive rights to her claim that she had an affair with Trump. According to Cohen, Trump then agreed to pay the National Enquirer for killing the story, but he never actually paid the money.

Trump’s entanglement with the tabloid goes beyond McDougal. Apparently, the National Enquirer let Trump sign off on its smear campaign against Marco Rubio. Additionally, Pecker let him approve the photo used as ‘proof’ that Ted Cruz’s father met Lee Harvey Oswald before JFK’s assassination, even though Trump knew that the story wasn’t true.

In Cohen’s book, he explains that he believes that Jerry Falwell Jr., an evangelical religious leader, only endorsed Trump because Cohen could prevent topless pictures of Falwell’s wife leaking. Apparently, Falwell was worried that a young man, whom he and his wife had befriended and then had a falling out with, had the pictures and was threatening the couple with them.

The pictures in question allegedly involve Falwell’s wife sitting topless on a tractor, which, TBH, is a vibe.

Cohen: Trump’s Campaign Couldn’t Pull Off Russian Collusion, But They Probably Wanted To

Cohen wrote that not only does Trump idolize Putin (duh), but that they had coordinated interests in harming Clinton’s campaign (duh, again). We already knew all of this, but the funniest part about this is that Cohen says in the book that the campaign was too unorganized to have actually coordinated with Russia. Basically, he implies that they wanted to, but they actually were fully incapable of getting organized enough, so what happened was kind of like when you get the answer right on a math problem, but did all the work wrong.

Apparently, Trump thought he would lose the presidential race and was mostly concerned with Trump Tower Moscow being built. As Michael Cohen writes, “the Boss was trying to nudge the Moscow Trump Tower project along,” which was his motivation for becoming BFFs with Putin.

Yes. So, apparently, Trump’s hairstyle is a triple-combover, which is basically to cover up really bad scalp surgery. The President got a hair implant in the 1980s that left him with a ton of scars on his head. When it isn’t styled, it’s down below his right shoulder and right shoulder only. Cohen called the hairstyle “three layers of thinly disguised balding-male insecurity,” which is honestly savage.

Woodward: The President And Kim Jong-un Have Kissed And Made Up

Despite the tumultuous start to their relationship, the pair have allegedly exchanged 27 letters during Trump’s presidency. The letters are pretty much love notes and include Kim referring to Trump as “Your Excellency.” So, it seems they’ve made a lot of progress in their friendship since Trump called Kim “little rocket man.” Cute.

Woodward: The President And Top Officials Do Not Get Along

Trump’s basic disrespect for military personnel and veterans is pretty well documented. Woodward’s book confirms his attitude to those who serve in the armed forces. Woodward wrote that Trump once told White House Trade Advisor Peter Navarro that his “generals are a bunch of p*ssies” who “care more about alliances than they do trade deals.”

Don’t worry, though, because the tension was not one-sided. Jim Mattis reportedly told Dan Coats, former Director of National Intelligence, that “there may come a time when we have to take collective action” against Trump, who is “dangerous” and “has no moral compass.”

Because everyone loves a Fauci appearance, Woodward reports that the administration’s recommendations were consistently undermined, that Trump has no attention span, and Trump only cares about being reelected.

Woodward: The President Lied To Us About The Virus

The most explosive thing that has been released from Woodward’s book so far is a conversation confirming that President Trump knew the full extent of the threat coronavirus posed back in February. Here’s the thing, if you listened to Fauci and disease experts, you knew this too. Even with full information and guidance, the President decided to downplay the threat of the virus. If you don’t believe it, Woodward released the literal recording of a February 7th interview where Trump said the virus was “more deadly” than the flu.

Donald Trump on tape with Bob Woodward in early February saying that COVID-19 was deadly, airborne, and dangerous. He would later publicly call it a hoax, compare it to the flu, and that it would just go away. More clips in our Stories compared with public statements at the time. Remember what you were doing in early February? (

Despite this knowledge, the President went on to gaslight the public and try to convince us all that it was no big deal. He even said that the spike in early March was “unexpected… And it hit the world. And we’re prepared, and we’re doing a great job with it. And it will go away. Just stay calm. It will go away.”

The problem with these books isn’t that this information shouldn’t be published. It’s that the information that makes books like Cohen’s and Woodward’s “bombshells” are normally things that the public should know right away. While Woodward might be acting like a hero for releasing Trump’s interview calling the virus five times more deadly than the flu, he should have released it the day it happened, on February 7th.

Sure, maybe the titles are better than John Bolton’s blatant Hamilton rip-off, but these books aren’t any different than his. Disloyal is selling for $19.99 on Amazon, and Rage is listed at $18.01 for preorder. These books’ authors are making a huge profit off of “bombshell” information that could have changed impeachment trials and saved lives. I’m big enough to admit I love to gossip about the President. Still, all buying these books does is add to retirement funds for shitty people, and I’m not about that.