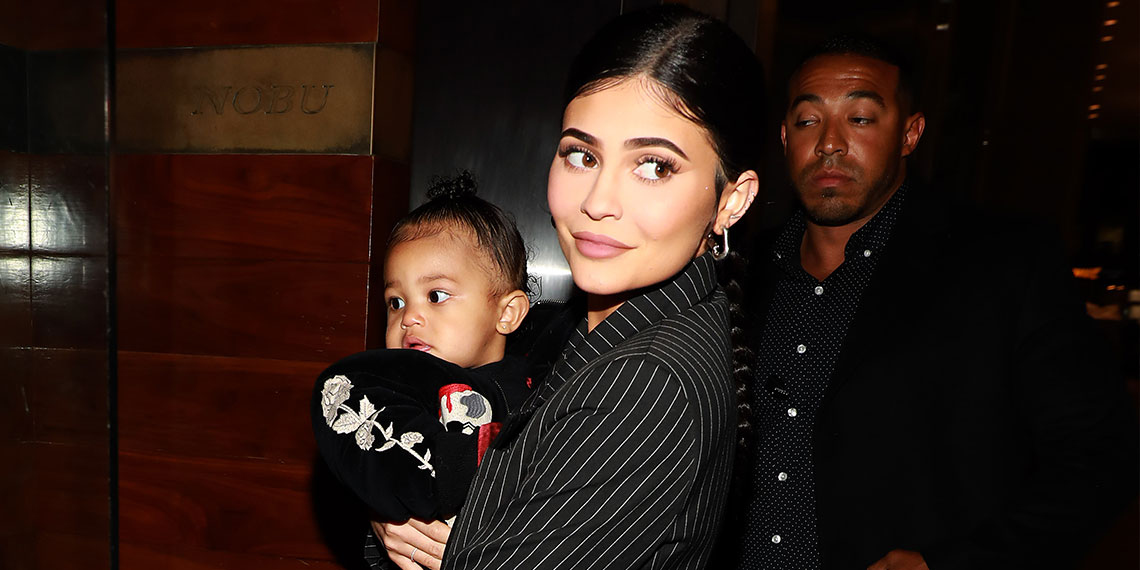 We talk about Kylie Jenner a lot, whether it’s her ridiculously extravagant parties, her relationship drama, or her high-profile friendships. But it’s kind of rare that we actually hear from Kylie herself, aside from her Instagram stories announcing her newest makeup lines. But this month, she’s on the cover of Harper’s Bazaar, and she sat down for an interview that was actually pretty interesting.

The first interesting thing is that the interviewer, Christine Lennon, barely even got to talk to Kylie. After eight full paragraphs describing the Kylie Cosmetics offices and the moment she first caught a glimpse of Kylie and her entourage, she clarifies the reason why she hasn’t actually used a single quote from Kylie yet: “The interview has been scheduled to begin once the shoot is done. But after 10 hours of high-concept hair and makeup, and multiple wardrobe changes, she has little more than a half hour to talk. It’s 7 p.m. and Stormi’s bedtime is approaching. Kylie wants to go home.”

This is the kind of profile where the interviewer usually spends like, a full day with the subject, so 30 minutes is pretty weak. I feel like this was poor planning, but Kylie was probably pretty happy. But still, Lennon managed to get some good bits of information out of Kylie in their short time together, and she also interviewed Kendall and Kris Jenner for the piece, so that helps. Let’s go through what we learned!

Obviously, we’ve all seen Kylie’s office tour video, that unintentionally spurred one of the biggest memes of 2019. The Harper’s piece shouts out old favorites like the champagne fridge and the giant photos of Kylie, so it’s good to know that things haven’t changed that much. The thing that caught me off guard was Lennon’s description of “baby pink velvet ropes on baby pink metal stands that exist, it seems, to keep camera crews—a near constant presence—away from the areas where Kylie’s employees actually work.”

Okay, so I’m a little confused why camera crews are at Kylie’s office that much, because they really don’t show it on KUWTK? Like, I’m sure there are other projects and stuff going on, but “near constant”? I don’t know about that. But either way, I cannot imagine actually working in an office where camera crews are around all the time, and you have to stay in certain roped-off areas to avoid being filmed. How do you actually get anything done? I’m sure people ask the same thing about the Betches office, but at least we don’t have E! crews breathing down our necks!

In the interview, Kylie talks about the different bonds that she shares with all of her family members, from being “silly” with Rob and Khloé to being an entrepreneur like her mom. Tbh, I would be kind of offended if I were Rob or Khloé, but I guess they don’t have what it takes to launch billion-dollar companies. Sorry, Arthur George socks!

But while Kylie says that she and Kendall are both “adventurous and athletic” (have never seen either of them play a sport, but ok), she says they are super different, and always have been. Kendall confirms this with a profound quote, saying “She likes black; I like white. My room was white and silver and gold, and hers was black, really dark. Kylie had a zebra pattern, and I had leopard.” Wow, I love that their entire personalities boil down to how their bedrooms are decorated. Really, I’d argue that zebra and leopard are still in the same family of decorating styles, but what do I know?

Kylie has basically wanted to be a mother since she came out of the womb, and it seems like she truly loves being Stormi’s mom. As she’s alluded to before, she definitely wants more kids, and she’s not the only one. “My friends all pressure me about it,” she says. “They love Stormi. I definitely feel pressure to give her a sibling, but there’s no plan.” If Kylie wants more kids, obviously that’s her call, but I don’t really understand the pressure to give her a sibling when she has two cousins the exact same age that she sees all the time. Also, she’s a 22-year-old single woman, so like, let her live.

Sunday Service Is Too Early For Her

Kylie talking about Kanye’s Sunday Service is probably my favorite part of the entire interview. The interviewer asks her if she’s ever attended, which she has. She says it’s “amazing,” but that “The reason I don’t go more often is that it starts at 9 a.m. on a Sunday, and if I’m not working that’s not a time I like to be out.” Girl, same. Is there anyone in the world who actually wants to be out and about at 9am on a Sunday? That’s not normal. But I don’t think most people who go to church on Sunday do it because they hate sleeping in, lol.

She Thinks She Should Have A TV Show

In the interview, Kylie seems very aware of how her life isn’t normal, and she says she’s careful to remind Stormi “how blessed we are and that this isn’t normal, the way we live.” But she also definitely thinks her family is hot sh*t, saying that they have no competition. I guess she’s not wrong, but it still sounds conceited. She ends the interview with by saying this about her family: “We have such a life. I swear I’m like, ‘We should have a TV show.'” Well, isn’t that cute. LOL. Should somebody tell her?

While Kylie definitely isn’t the most relatable person in the world, I have to say, I’m kind of impressed with how she comes across in this interview. Obviously, she’s had a very different life than the rest of us, but I was a f*cking mess when I was 22, so good for her for having her sh*t together. She seems like she’s in a great place with her career, her family, and even her ex (I still want them to get back together), and I definitely can’t say the same for myself (I mean with my ex, love you mom and dad!). Even though, just 24 hours ago, I wrote an entire article ripping into Kylie for her ridiculous party, this profile… made me like her again? I hate how much I don’t hate these people.