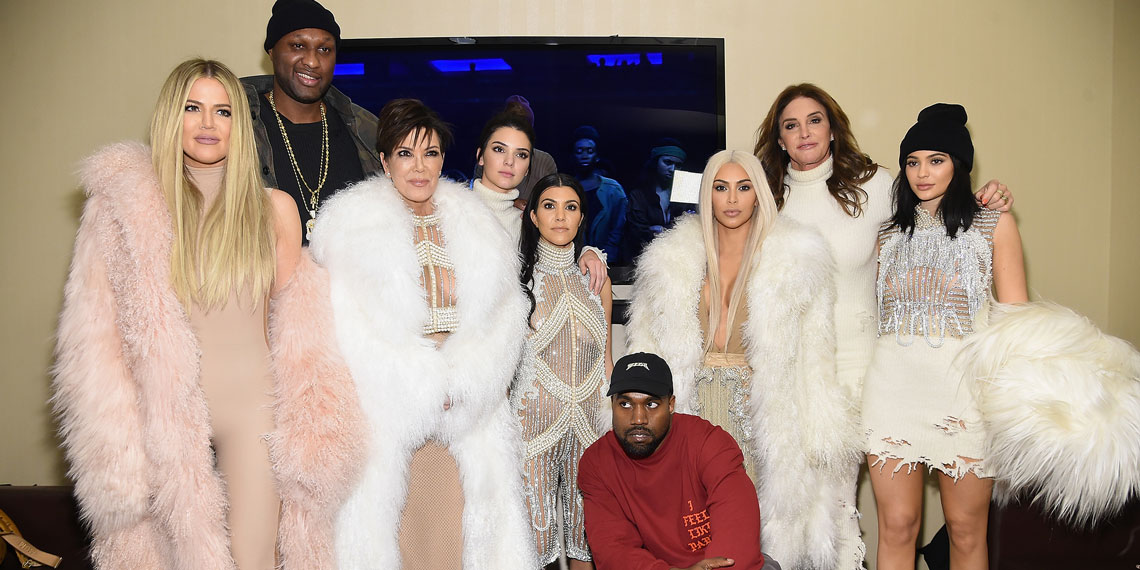 The Most Extra Kardashian Christmas Moments Of All Time

Ever since your dad said to you, “Hey sweetie, maybe instead of leaving out milk and cookies for Santa and leave him Cheeto’s and beer instead” and it suddenly dawned on you that the whole Santa thing doesn’t add up, Christmas became less and less exciting. Or maybe that was just my dad. In any case, by now, you’re probably using your birth control pills as an advent calendar, you literally only take advantage of Cyber Monday to buy stuff for yourself, and the only thing you’re looking forward to at family gatherings is the open bar. But one family we can always count on to never lose the Christmas spirit is the Kardashians. Let’s live vicariously through them as we check out some of their most over-the-top Khristmas moments.

Literally All Their Christmas Cards

Kardashian Christmas Card 2011 and School of Athens by Raphael pic.twitter.com/6z9yVr6Ukv

This might be the most ADORABLE Kardashian Christmas card yet: https://t.co/LYqvhBcEVU pic.twitter.com/m0geIpVtmC

This family doesn’t have the capacity to feel shame, so it’s not shocking that they sent these out without feeling a modicum of embarrassment. But hey, at least there’s photographic evidence out there that Rob was actually hot at one point. It actually ruined my Christmas when I was told that there would be no Love Advent calendar or over-the-top Kardashian kard this year.

Okay, so not many of us remember this because we try to forget the era where Scott’s aesthetic was “Goldman Sach’s business analyst buys you a vodka soda and invites you back to his Upper East Side apartment that he nicknamed ‘The Ski Lodge’ because he does so much cocaine there.” Not that I’ve been ghosted by any of those guys before or anything (because them hitting me up for Adderall once in a while doesn’t totally mean I was ghosted). But I digress. Hanukkah and Christmas have their respective holiday customs, but one that they share in common? Family tension stemming from pent-up holiday stress and grudges that comes to a boil right around the holidays. And traditionally, this results in some salacious shade. I honestly think this Hanukkah card is way better than any Kardashian Christmas card, because unlike the Kardashian cards, he clearly isn’t taking it that seriously and it’s funny as f*ck.

How can we forget the Kardashian Christmas special from last year? First off, it was filmed in October, so it’s like the television equivalent of Starbucks serving pumpkin spice lattes in August. They had the kids making Christmas cookies with Travis Barker from Blink-182, of all people, and you can tell that even Penelope is like, “It’s way too early for this nonsense.” They also had that cringeworthy ~*~Christmas dinner~*~ scene that wasn’t even Christmas dinner. I honestly don’t remember what they were talking about because I was too captivated by the camera guys clearly trying to hide the fact that Kylie was not-so-secretly pregnant. And what was up with that final scene where they had an ice skating rink in their backyard and suddenly Nancy Kerrigan shows up? I kind of felt bad for Nancy at that point, because Tonya Harding was getting all the Academy Award glory, so clearly Nancy would have done anything to stay relevant at that point—even attending a Christmas special that, as Buddy the Elf would say, “sits on a throne of lies!”

Paris And Kim’s First Reunion At Their Christmas Party

Mending fences with your ex-bestie who said on the radio that your ass looks like cottage cheese in a garbage bag—isn’t that what the holidays are all about? From wearing cringeworthy clothes from Kitson to enduring the public fallout of their sex tapes, these two have been a lot together. Here’s a live look at my cold, dead heart when I saw these girls take a pic together at Kris’s annual holiday party for the ‘gram:

The Kardashians are so extra that Kim uses a Birkin as a diaper bag. I even read a while back that North West painted a Birkin bag and gave it to her mom as a present, and I honestly thought this was an Instagram of North’s creation. First off, shoutout to North for being aware enough to know that her mom would never wear a macaroni necklace or use an ashtray made out of her handprint. But as it turns out, this bag was Kanye that designed the bag all by himself—which makes sense because this honestly looks like the cover art for My Beautiful Dark Twisted Fantasy. I imagine that Kim’s gift to Kanye was Instagramming this literal monstrosity.