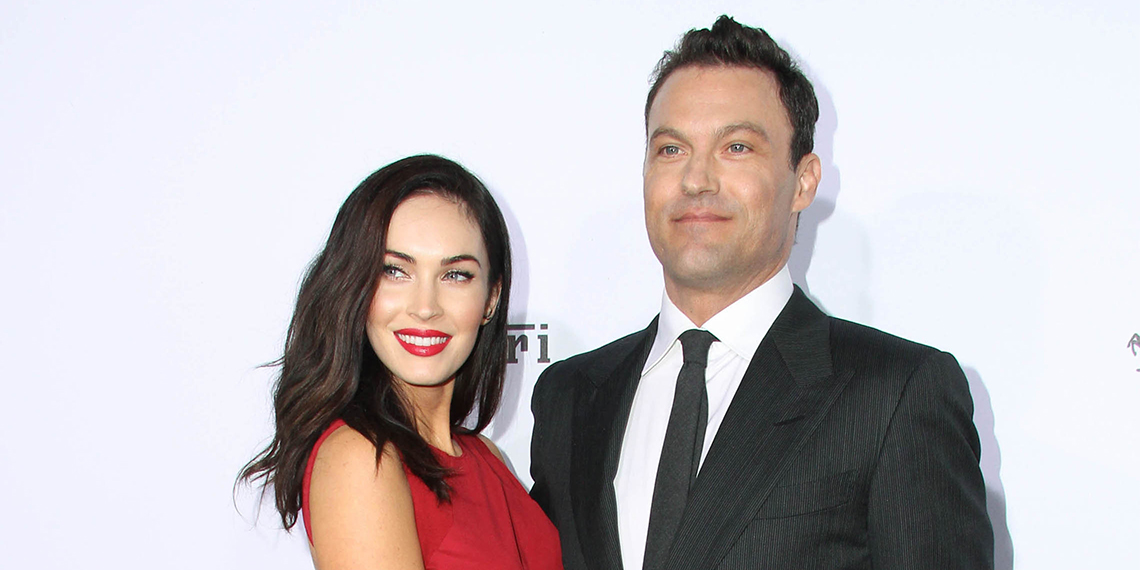 The Most Dramatic Celebrity Breakups Of 2020

I think we can agree that 2020 was the most dramatic season year of all time. But you know who it was especially tough for? Lol no, not your grandma in her nursing home you idiot, I’m talking about celebrity couples. That’s right, they were dropping like flies this year, and I can only assume that’s because once you strip away the ability to jet off to exotic locations or drink tequila with George Clooney at Soho House and realize you’re stuck spending every waking moment on the couch with a fellow narcissist with an eighth grade education, you start to reevaluate your decisions. And reevaluate they did. Some quietly (Olivia Wilde and Jason Sudeikis), and some very, very, messily. And that’s who I want to focus on today because, well, it’s more fun for me. So now that 2020 is mercifully taking its final breaths, let’s look back at the most dramatic celebrity breakups of the year.

I mean, yes, anyone with eyes and ears living on this planet saw this breakup coming a mile away. But could we have predicted the drama with which it ended? Fine, probably also yes, but boy has it been a beautiful gift in this bucket full of sewage water masquerading as a year. Let’s look at what went wrong here. Back in March, when we were all still naive souls with perfectly maintained gel manicures, Demi and Max got together. She popped up accidentally on his IG live at the end of the month, and that’s when it was officially confirmed they were dating. So I guess that means people watch his IG live then? What a sad world we live in. By July they were engaged, and by the end of September it was over. Shocking! And the rumor was his intentions were not genuine and he was using her for PR. Even more shocking! Now this is where it gets good. Max claimed on his Instagram stories that he heard about their breakup through a tabloid, which tbh sounds right about the level of respect this relationship deserved. Demi dropped a song called “Still Have Me” and he dropped an insane IG live comparing himself to Pete Davidson.

not max ehrich dragging the ariana & pete situation in his mess.. also his acting is so bad pls pic.twitter.com/N3BAHddSRT

Then he called the paparazzi on himself crying on the beach, which for me is just a regular Saturday and not really a photo-worthy event, but sure Max, whatever you need to do for relevance. Rumors were swirling that he wouldn’t leave Demi alone, and then we finally made it to the People’s Choice Awards, hosted by Miss Demi Lovato herself. She mentioned the engagement and breakup in her monologue, and of course Max jumped on that.

HIM TALKING ABOUT CLOUT? MAX EHRICH? OUT OF ALL PEOPLE? pic.twitter.com/nHESRD4OX2

It’s like the breakup that never ends. AND THEN, we finally got our punishment for even entertaining this man for one second: his debut single.

As if we haven’t all been through enough.

I was really rooting for these two. Not that many couples that got together when one was a practically a teenager and one was a grown man really go the distance, but in the 15 years they were together they managed to get married, have three kids, and only cancel one divorce somewhere in the middle. Is that a love story straight from Shakespeare, or what? Sadly, BAG confirmed their split this May, after Megan was spotted hanging out with Machine Gun Kelly. Megan and MGK met on the set of  Midnight in the Grass, a movie produced by MY MAN aka RAND aka Randall Emmett, so I guess it will be as good as Gotti. This split started to get superrrrrr messy over their kids. My apologies for using children as a basis for my story, but their parents did it first.

Sweet, I guess. In, like, an Angelina wears a vial of Billy Bob’s blood kind of way.

So naturally, a 47-year old man would respond to that this way.

Achingly beautiful boys…… My heart is yours pic.twitter.com/eWQwcblhg2

I wonder how it feels to be this petty? I imagine exhilarating at first, but then the crushing shame spiral hits. Not speaking from experience, of course.

Then on Halloween, Brian Austin Green posted a photo with their youngest child Journey in the frame and Megan just DRAGGED him in the comments.

I honestly have such secondhand embarrassment from their drama. If Megan was any older I’d assume she meant to send a private text but instead accidentally responded in the comments like my grandpa sometimes does, but considering this message isn’t in all caps and signed by name like a grandfather would do, I suspect it was on purpose. Why anyone would do this is beyond me.  Maybe to shame her ex, maybe to make herself look better, maybe to use big words to prove my eighth grade education claims wrong? Whatever the reason, y’all are gross. BAG didn’t respond, but he did repost the picture with the kid cropped out. How mature of both of them.

We all know this story. Boy goes on reality TV show. Boy falls in love with girl. Boy jumps fence for girl. Girl begrudgingly agrees to be with boy for Instagram sponsorships. It’s beautiful, it’s magical, it ends in a restraining order. Back in May, Cassie and Colton announced their breakup, with Colton saying, “some people are just meant to be friends.” I’d imagine that’s especially true in cases where one person doesn’t really like the other, right Cassie? Things seemed amicable-ish until September, when Cassie filed a restraining order against Colton, accused him of sending unsettling text messages, and placing a tracking device on her car. TBH I think we could have all guessed that a man who would jump a fence for a woman wouldn’t be stopped from placing a tracking device on her car because of a pesky little thing called the law. Consider it jumped. Days before the court date in November, Cassie dismissed the order against Colton. Apparently they came to a private agreement. I bet those texts were even more unsettling.

Any other Riverdale fans out there? Because I’m worried about Toni Topaz. Vanessa Morgan got married to White Sox pitcher and Brielle Biermann’s ex, Michael Kopech, in January of 2020. In April, she posted about his birthday on Instagram. And then in July she announced she was pregnant.

It seemed a little weird that she referred to the child as “my baby boy” instead of “our baby boy” but hey, she’s the one who’s going to have to push a living being out of her vagina, so I guess it’s really her prerogative to refer to him in whatever way she wants. Then, just three days later it was reported that Michael had filed for divorce in June. WHAT?! Her rep confirmed that Michael is the father of her child and that’s literally it. Complete and utter radio silence about the matter. Like, quieter than me during that final court scene in The Undoing quiet.  I think this one is so dramatic because I’m dying for answers and they won’t give them to me. Is anyone reading in the confidence of Vanessa Morgan and willing to betray her trust for a curious writer in the tristate area? PLEASE?

Offset and Cardi B

Look, I know these two are back together, but they’re on and off so much that maybe by press time they’ll be broken up again and I’ll be right. I’m taking my chances. In September it was reported that Cardi B and Offset were to divorce after three years of marriage. The rumors were that he was unfaithful, she hit a breaking point, and finally filed for divorce. He had previously been caught cheating three months after they got married, and then in 2018 they welcomed daughter Kulture. Between then and now, A LOT of drama has happened. Bartenders at a strip club claimed that Cardi B ordered an attack on them for allegedly cheating with Offset, Cardi and Offset split in December 2018 with her claiming they grew out of love, Offset begged her to come back on Instagram, and they reunited officially at the 2019 Grammys.

Now, I’m no relationship expert—I share a bed with my dog—BUT I think it’s safe to say maybe these two should break up? Personally, I think once hitmen get involved the government should force you to divorce. But apparently these two can’t stay apart. In October 2020, one month after filing for divorce, Cardi and Offset got back together, with her sharing on Instagram live “It’s really hard to have no dick.” Well, can’t argue with that logic *shrugs*.

Armie Hammer, star of the recently released Rebecca, both twins in The Social Network, but mostly just hot rich person, broke up with his wife Elizabeth Chambers after 10 years of marriage. Considering their love story is about as exciting as soggy white bread, you wouldn’t expect their breakup to be that dramatic, right? Well, well, well you’d be wrong, because after wasting his prime sexy years on one lady, Armie is finally free to put his dick in everything he can find. First, he was spotted out with Rumer Willis looking prettyyyyy cozy. Then he was rumored to be dating Josh Lucas’s ex-wife, Jessica Ciencin Henriquez, and some app founder named Courtney. Now the word is that Armie is dating an Instagram model named Paige Lorenze. And according to submissions on DeuxMoi, Armie was not with his kids for Thanksgiving, and Elizabeth was caught liking an Armie hate account. EEK. This is a bad look and I love it. Is there anything more satisfying than nearly 40-year-olds acting like drunk, vengeful teens? I think not.

That’s a divorce look if I ever saw one

And those are this year’s messiest breakups! Although, with a few days left in 2020, it’s anyone’s guess what will happen.