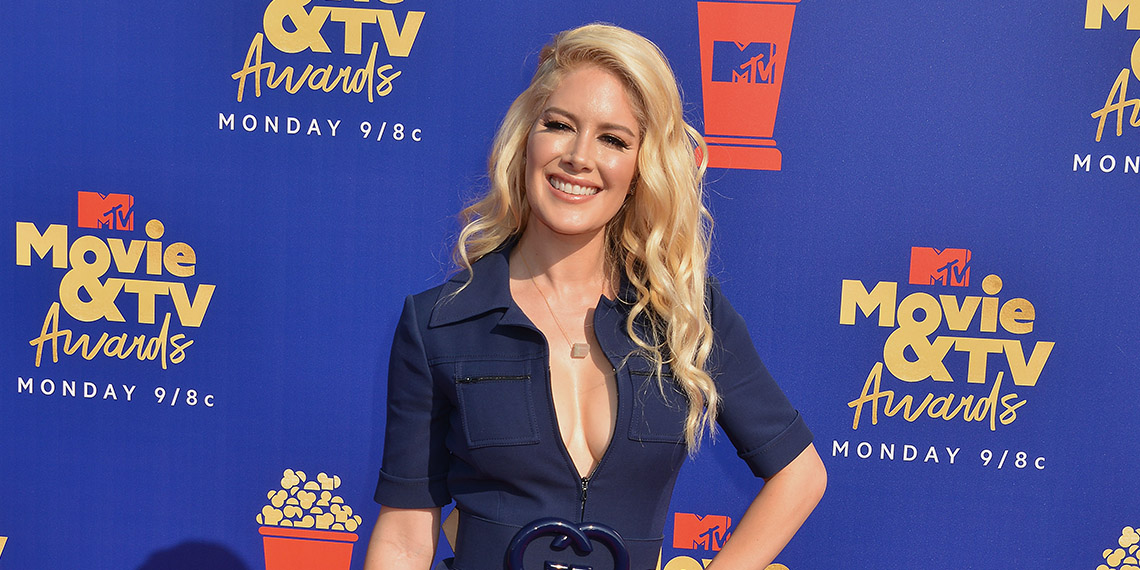 The Most Cringeworthy Celeb TikToks Of The Week

Welcome to 2021! The news is still a mess, we’re still stuck in our houses, and yes, the celebrities are still at it on TikTok. 2020 was a banner year for everyone from the A-list to the D-list throwing their hat in the ‘Tok ring, and while some of them abandoned their accounts months ago, others are still cranking out the content, good or bad.

Okay really, why is Heidi Montag so obsessed with Addison Rae? After that weird New Year’s video where she went on and on about being proud of her, now she and Spencer are duetting one of Addison and Noah Beck’s dance videos? This feels incredibly thirsty to me, because most of the time people don’t really duet dance videos on TikTok, they just make their own video doing the dance. Also, this isn’t the main issue, but Heidi and Spencer are not good at the dance, and I feel very uncomfortable with Spencer in general.

@noahbeckhey @netflix can i pls be in one of your rom coms or something??♬ original sound – .

Speaking of Noah Beck, he’s busy trying to get noticed by Netflix. In this video, he lip-syncs one of Noah Centineo’s monologues from To All The Boys I’ve Loved Before, asking in the caption to be cast in one of Netflix’s rom-coms. I mean, ew. First of all, no one wants to see that (okay, someone probably does, but still no), and second, he already has millions of followers! He doesn’t need some dumb Netflix movie! I don’t think this will actually happen, but if it does, I might have to cancel my Netflix subscription.

Christine Quinn, our favorite ice queen from Selling Sunset, seems to be done with the whole “quarantine” thing, not that she was ever doing that good of a job with it. She and her rich hubby are currently on vacation in Bora Bora without a care in the world, as their home city of Los Angeles is the literal COVID epicenter. Great! I hope it was worth it, because in this video Christine shows us that her man is busy playing computer games, even while they’re in a villa in the middle of the ocean. Stay home, people!

Scheana hasn’t posted on TikTok in several months, but she resurfaced this week with… an old draft of her attempt at the “Savage” dance. Nothing says you’re back like a weak try at a nine-month old trend! I love Scheana, and I would protect her at any cost, but she’s trying way too hard here, and this really should’ve stayed in the drafts. She should pivot to posting pregnancy content, because those videos would probably actually be really cute.

On New Year’s Eve, Heidi celebrated the end of 2020 by… congratulating Addison Rae on her successful year and calling her one of the biggest MVPs of the year. It’s unclear what the connection is here—this isn’t a Kourtney/Addison situation. I don’t think they actually know each other, and Addison didn’t even comment on Heidi’s video. Ouch.

I had to double check, but no, this isn’t one of Kourtney and Scott’s kids. It’s just a random kid named Aiden with 600 TikTok followers whose name on the app is “I want to Be famous.” Can someone check on this kid? I’m not sure how Foodgod knows him, but either way, don’t feel great about this collab. Also, I never need to see videos of adults eating baby food.

Tana has a habit of sharing a lot of messy details about her personal life on social media, and she’s bringing that energy int0 2021. In this specific case, she’s feuding with her ex Bella Thorne, who released a song in December called “Stupid F*cking Bitch”, which is suspected to be a Tana diss track. Tana responded with a YouTube video where she reacted to the song. In this TikTok, she brags about “exposing” Bella, and says that for years, she was “too afraid to say something bc she’s evil.” Personally, I feel like these two need to hash things out in private.

Moving on from Tana’s dumb drama to the dancing boomer crowd, Howie Mandel is trying here to keep up with Charli D’Amelio, and it’s not going well. I’ll restate just as a 2021 reminder: if you can’t dance, no one is forcing you to dance on TikTok!

2021 already wasn’t off to a great start, but things were only made worse by this video of James Charles pulling down his pants and repeatedly clenching his ass cheeks for the camera. Why??? Why must we see this? It’s one thing when James tries to twerk, but this is just unnecessary. Either learn to dance or just don’t!