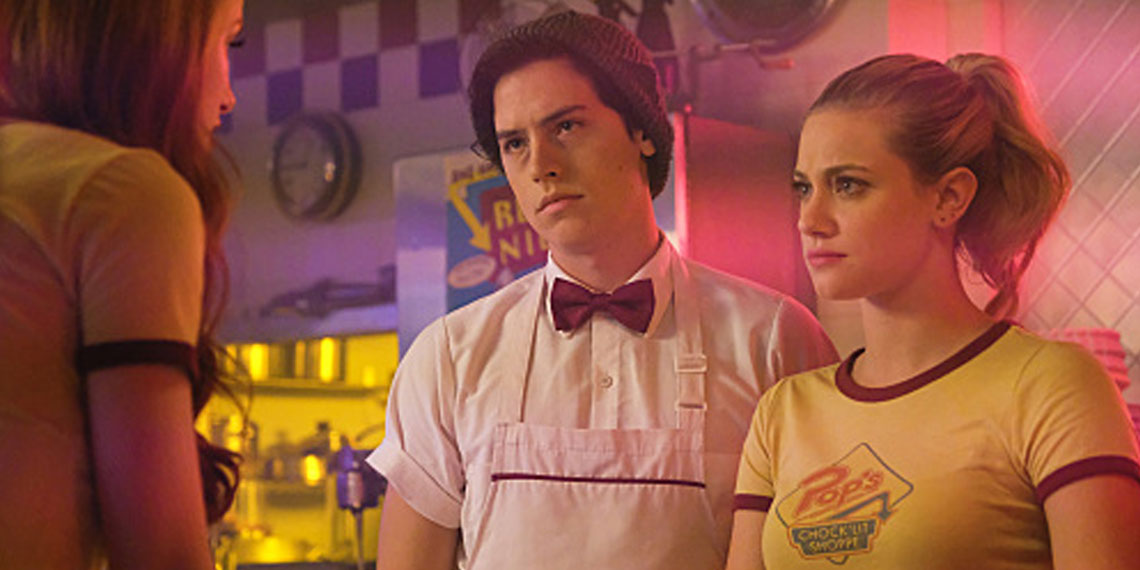 The Most Bingeworthy TV Shows This Fall

As I sit in my flannel, jeans, and black ankle boots, I can happily confirm that the fall season is upon us. True, it’s still mid-70s and I’m only dressed this way because there was a tick advisory for my workplace today (working in TV is all glamour, don’t let anyone tell you otherwise). But I’m sure we can all agree that it feels like fall. In other words, it’s time to curl up in front of your TV and forget the words “crop top” for another nine months. While you probably spent all summer bingeing Office reruns (same), fall is the time for new, highly anticipated TV. In order of when they come out, here are the new and returning TV shows that will dominate your life for the next few months. Please set your DVR accordingly.

I should qualify at the start of this list that not every show will be what’s traditionally considered “good.” For example, most of the dialogue in this particular show makes me want to throw myself through a window. But like, in the BEST way. This show is about Penn Badgley playing a stalker freak who becomes obsessed with a slightly vapid blond and immediately starts doing psycho sh*t like breaking into her apartment and messing with her life. So basically, a dark yet accurate glimpse into Dan’s future. (Extremely self-aware of Penn Badgley to take this role.) This is my new favorite guilty pleasure show, and if you’re a fan of Lifetime at all, I can’t recommend it enough.

The first of many red flags he displays in this show:

Okay so polar opposite of the last show, but also about mental health. Can’t imagine why that’s trendy right now when we have such a stable genius in the White House! Anyway. This whole season dropped on 9/21, and it stars Jonah Hill and Emma Stone. Even in this ~Golden Age~ of television, that’s a pretty high-end cast. I won’t tell you much about the plot beyond the fact that they both have a sh*t-ton of baggage and sign up for a pharmaceutical trial. The plot is less important than the vibe, which so far is like every episode of Black Mirror smushed into one world. This show is good for an all-day binge when you’re up for actually thinking about what you’re watching. Invite over your artiest friend so they force you to pay attention through the first 3 episodes, it’s kind of slow to start up.

‘Dancing With The Stars’ – September 24, ABC

Have I ever watched this show before? No, and I probably won’t again. But who could resist seeing Grocery Store Joe flit across the stage! I give you permission to stop watching as soon as he’s cut.

You all know what this one is for. This is the show you come to when you need a really good cry, or when you want to ignore all your problems and pretend Mandy Moore is your mom for a while. Also, to get your weekly Sterling K. Brown fix, which is right up there in terms of importance with drinking water and getting enough sleep. It’s just a fact of life. This season, we’re going back to Jack and Rebecca’s first date—and Randall’s daughter, Tess, all grown up. Few things are as pure as my love for this show.

Anyone else need to watch this on repeat to cleanse from this week’s news cycle?

Did we all kind of get over Modern Family five years ago when it won every award? Yeah, maybe. But this is likely the final season, and they’ve been teasing a “significant death,” so I’m planning on riding out the show until the end. It’s the least you can do for something that gave you a few good years, like when you loyally wear your favorite black leggings until they’re completely sheer in the crotch. Watch out of loyalty, watch because Phil is still funny AF, or watch because you’re hungover and it comes on next on Hulu. Up to you.

Very few shows like The Good Place have come around in the past few years, and I’m deeply grateful when they do. It’s from the creator of Parks & Rec, and has the same soothing effect of all your fave 25-minute comedies. Kristen Bell has spent the first two seasons figuring out that she’s in (SPOILERS) Hell, aka the Bad Place. Season 3 opens up with her and her 3 companions having been redeposited on Earth to give things another try. Will they f*ck it up in a largely similar way to the first time? Probably, their memories were erased so IDK why they wouldn’t. But it’ll be fun to watch them try to fight their baser instincts for a while.

This is another show that’s sadly nowhere near as good as it used to be. But at its best it was so iconic that I still can’t look away. No matter how ridiculous the rest of it gets, Annalise is still the epitome of boss b*tch goals, and Laurel still has an annoyingly good lingerie collection for someone with such a terrible personality.

Of course the show I’m most excited for doesn’t come back until October 10th. OF COURSE. Season 3 of Riverdale is about to be f*cking lit. We’re dealing with the aftermath of Archie’s arrest, an all-out war with Hiram, more screen time for Cheryl and Toni, and some weird cult stuff with Betty’s sister. The promo shows Archie shirtless, more milkshakes at Pop’s, and what appears to be a ritual sacrifice of two babies. Exactly what you’d expect and get more than you dared hope, in classic Riverdale fashion. And obviously we’ll be recapping it.

The best part of these fall shows? Since they’re all newly released, you’re basically engaging in a cultural activity with every binge. Some people go to museums; you binge artful new storytelling techniques. Or at least that’s what you’ll tell yourself as you order Seamless the sixth time that week. Happy watching!