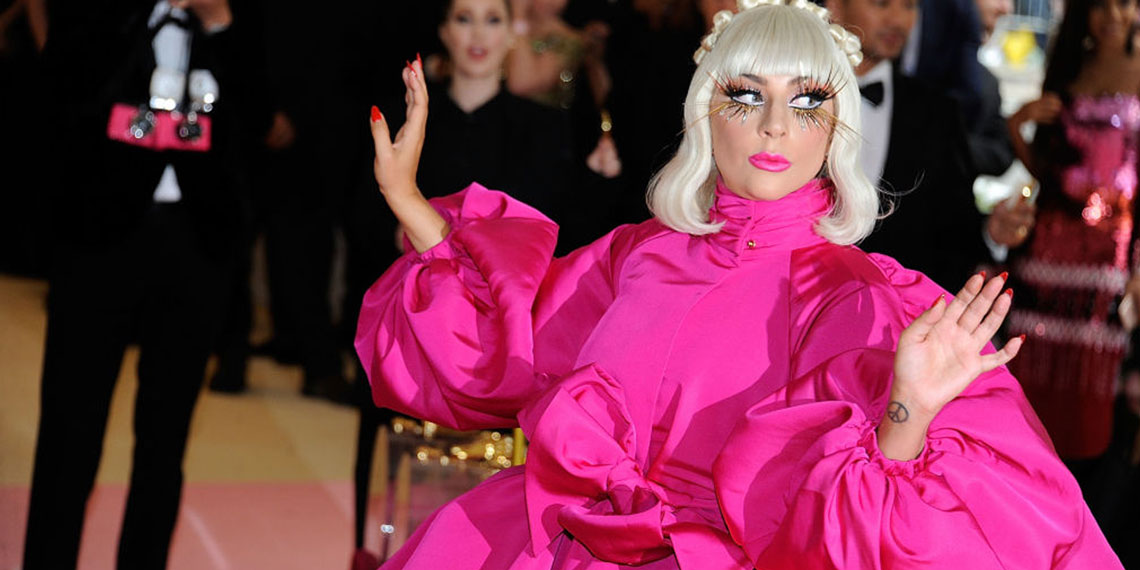 The Met Gala Worst-Dressed List: Does Anyone Understand Camp?

Ah, the Met Gala. Every year, on the first Monday in May, the top names in fashion and entertainment gather to celebrate how rich and hot they are, and it’s always a treat. I mean, it’s technically a fundraiser, but we’re all here for the dresses. Year after year, the world’s best designers give us some serious couture looks based on whatever the theme is, and this year was no different. The thing is, this year’s theme (Camp: Notes on Fashion) was kind of an enigma. What exactly is camp? It’s hard to describe, but it’s basically an art that celebrates all things wild, over the top, ironic, and tacky. No, it doesn’t have anything to do with tie-dye or bonfires. Essentially, the only rule for this year’s red carpet was to not be boring. Sounds simple, but some of the stars had more trouble than you’d think (*cough* Kim Kardashian), and that’s mainly who made the worst end of the list. None of these people looked bad, per se, but the worst dressed mainly just bored us. Sadly, Rihanna was not in attendance, but even she did a better job than some of these snoozes. Here’s how everyone else did, for better or for worse.

I came to slay, bitch.

If you’re just learning about camp for the first time, the back of Lena Waithe’s blazer is a good place to start. Like so many things in pop culture today, the roots of what we now think of as “camp” can be traced back to black queer and drag culture, starting in the 1960s. Cultural movements grow and shift naturally through time, but it’s important to remember and pay tribute to those who came before us. For this important statement, Lena instantly had one of the best looks of the night.

Of course baby no. 4 hasn't arrived yet. It’s Met Monday. She’s in NYC. She would be in the hospital. #MetGala (📷: Shutterstock)

Kim is kind of the worst at the Met Gala in general because she always looks hot, but that’s not the point. She never pushes the boundaries. This year, she just walked straight out of her Vogue cover shoot and wore that exact look to the Met Gala. Seriously, just look at this sh*t:

For someone who does the most 364 days out of the year, I’ll never get why Kim chooses this day of all days to do less.

Whether you like Katy Perry or not, when it comes to camp, she understands the assignment. I mean, she’s spent 95% of her career dressed as various types of food, so this girl hasn’t met an over-the-top costume she doesn’t like. Most years at the Met Gala Katy looks like an idiot, but this year looking like an idiot was basically the theme, so she nailed it. She looks like Lumière from Beauty and the Beast had a major glow-up (pardon the pun), and I’m 100% here for it. I’m desperate to know how she went to the bathroom in this dress, or moved at all without impaling anyone, though. Beauty is pain!

For the last time, THE THEME IS CAMP. Do something crazy. The time to come in a Gucci logo dress, lookin’ like your grandma’s strawberry sucking candy, was not today. She looks gorgeous, and her body is obviously to die for, but that’s not the point. Where is the DRAMA? This was a swing and a miss.

Usually Tom Sandoval is the one who takes a party theme the most seriously, but it was all about Gaga at the Met Gala. Honestly, I love all of these outfits, and I especially love the progression from “family dinner with your parents” to “night out with your girlfriends the second your parents drop you off at your friend’s.” My favorite look is probably the first one, because it reminds me of a couture comforter. But I think I’m going to start bringing a portable phone from 1987 everywhere.

Look, Halsey is gorgeous and so talented, and I don’t hate what she’s wearing—in fact, I could easily see Taylor Swift copying it for the next awards show—but wearing a large skirt does not immediately mean you have successfully done camp. Halsey looks like Jafar put her under his spell, then dressed her. Hourglass sold separately, I assume.

Much like when he wore a tuxedo gown to the Oscars this year, Billy Porter proved again that he knows how to make a f*cking statement on a red carpet. I’m sure everyone else is kicking themselves that they didn’t think t0 be carried in by a crew of gorgeous men (me at all times), and the moment only got better when he revealed the huge gold wings on his outfit. Please make sure Billy is on the invite list for every red carpet until the end of time, because he’s the only thing keeping me awake for these things.

Kris, Kris, Kris.Kris Jenner managed to look weird even given this theme, which is kind of impressive. I know we all joke that she works harder than the devil, but nobody was working hard on this outfit. But maybe that was the problem. Was she so tired of everyone calling her the devil so she decided to dress as Glinda the Good Witch? This is truly upsetting. She looks like a cross between the Tooth Fairy and the Fairy Godmother, which I guess would make her the Fairy Godmomager. Also who did her spray tan, Tan Mom?

When you can’t decide which hat to wear, wear them all @janellemonae #MetGala 📸: Shutterstock

Janelle Monáe is a f*cking work of art who can do wrong, and this look is only further proof of that. She completely nailed the theme, and it doesn’t feel like she’s trying nearly as hard as a lot of these stars. It probably helps that this is basically an outfit she would wear to a normal event, but whatever. We stan.

Did Gisele Bündchen look stunning at the Met Gala? Of course Gisele Bündchen looked stunning at the Met Gala! That’s like asking if water is wet. But it doesn’t change the fact that I am B-O-R-E-D looking at this dress.From the pleating to the belt, this screams more “mother of the bride” than “Anna Wintour’s guest at the most exclusive event in existence.” Gisele was having a grand old time twirling on the red carpet, but she could’ve twirled while wearing something a lot more exciting! The only good thing about this dress is that it was  made using sustainable methods by Dior, but like, couldn’t they have made Gisele a fun dress sustainably too?

Cardi B looked like a period incarnate, but she actually lived up to the theme. She saw the top, went over it, and then back around to the bottom and over the top again. (Sorry I’ll see myself out.) But I really liked the monochromatic look, complete with the headpiece and jewels. I don’t watch Game of Thrones, so correct me if this joke is not accurate, but: she looked like the Red Wedding come to life.

Where do I start? The Wet Seal reject of a dress? The visible whale tail? The overly aggressive spray tan? Or the fact that even given all this, the whole look still managed to bore me? I will give Hailey one bit of credit, and that is that I am completely in awe of that ponytail. Good for the ponytail. Now just ditch everything else about the look, and then we can talk.

Is this technically campy? Sure, maybe, I honestly don’t even know anymore and I desperately need to go to sleep, but Kacey looks so goddamn good in this Barbie outfit. She already won the Grammys this year, and if there were awards given out at the Met Gala, she probably would’ve won one of those too. God, she’s so f*cking pretty.