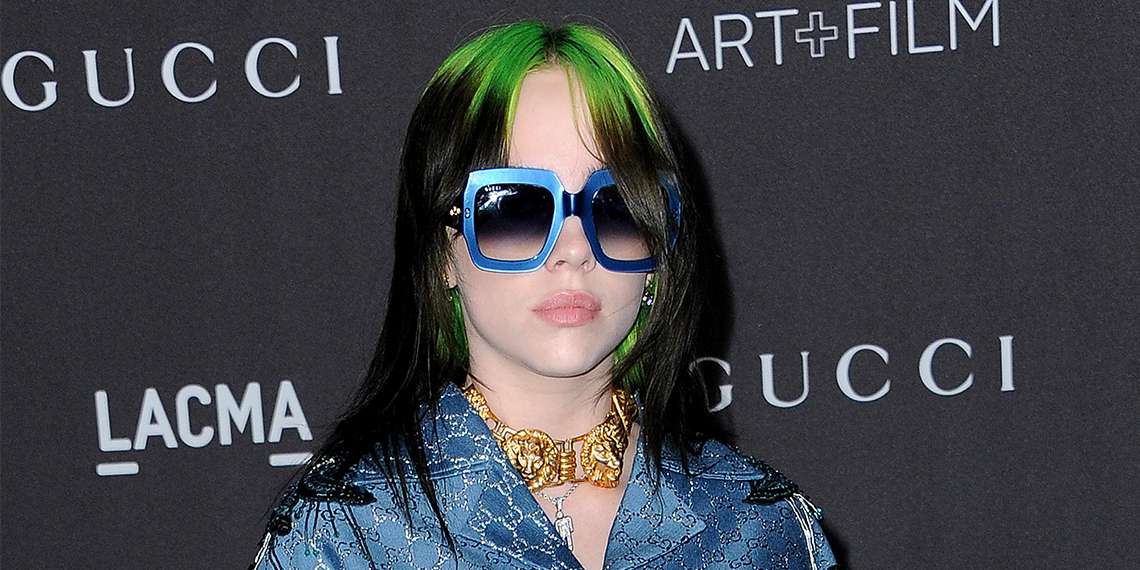 I invite you to go on a little journey with me. In your mind, leave the hellscape of 2020 and think back to 2015. February, to be exact. A simpler time. A time when the biggest issue dividing us was not a deadly pandemic or future-defining election, but a photo of a dress. Rather, a photo of The Dress. You know the one. Whether you saw black and blue or white and gold (wrong), it’s hard to remember anything that’s gone quite as viral as The Dress. Well, in these dark times, we thankfully have a new dumb color controversy to fixate on: Billie Eilish’s shoes.

Over the weekend, Billie Eilish took to her Instagram stories to share why she was exasperated with her father. She held up a pair of Nike Air More Uptempo sneakers, and explained that despite the shoes being mint and white, her dad always says the shoes are white and pink. Clearly, a lot of people agreed with her dad, and as the stories went on, she became increasingly frustrated with the responses. Here’s the full video; highly recommend watching until the end.

Billie Eilish says her shoes are mint and white. What color do y’all see? Mint and white or pink and white? pic.twitter.com/DKSe0jvPIU

Okay, so as a person with eyes, I can definitively say that these shoes *look* pink and white. I know the dress controversy led to some revelations about how our eyes process color differently or whatever, but you are not going to tell me you looked at this video and saw a mint shoe. If that’s you in the comments, stop lying!! The shoes look pink, and I won’t be convinced otherwise.

That being said, I try t0 admit when I’m wrong, and it appears that the shoe really is mint and white. Determined to prove her point, Billie posted another story with an official Nike photo of the show, and it is indeed mint green and white. According to Sneaker News, the mint/white colorway was released in 2017, which lines up with Billie’s comment about having the shoes for years. On the flip side, there’s no evidence that the shoes have ever been available in a pink and white version.

So like, what the f*ck is wrong with Billie Eilish’s camera? Sorry, but I will not take the heat for this—the shoes look pink!!! My soul might be broken, but my eyes work just fine! The shoes are a few years old and definitely look a little worn, so it’s possible that the mint has faded, and the white isn’t as white as it use to be. But still, the shoes in these videos absolutely look pink. I’m sure this is another weird phenomenon about how our eyes work, but I’m also going to suggest that Billie check out her camera settings.

Honestly, this shoe conundrum was just what I needed today to stop focusing on everything else that’s going on in the world right now. Thank you, Billie Eilish, for giving us something to argue about that’s not politics. Drop your opinion on the shoes in the comments, but just know that if you say you see mint, I think you’re a liar.