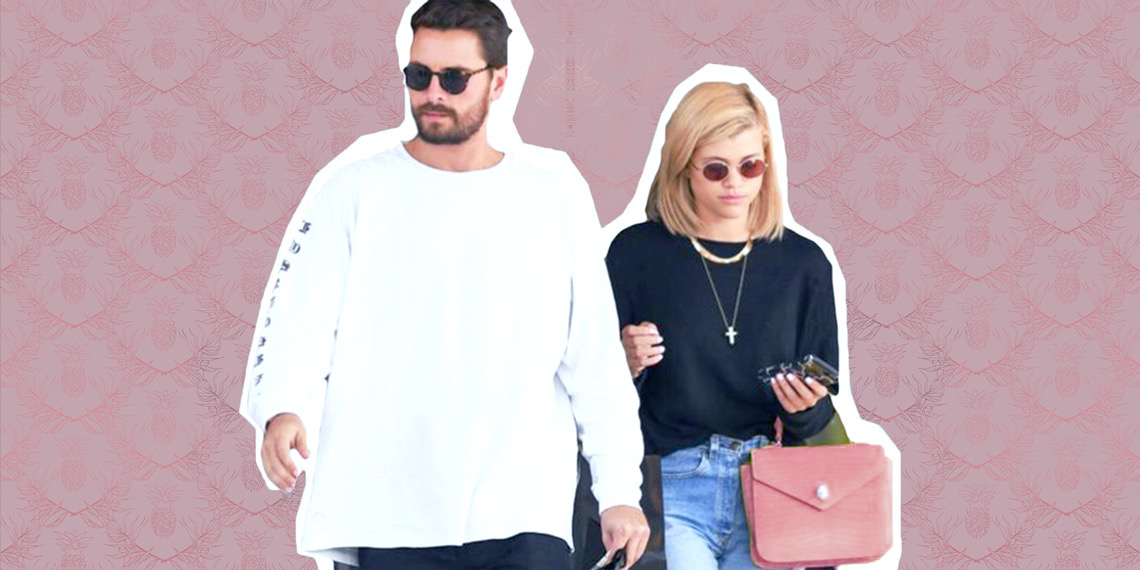 The Evolution Of Sofia Richie And Scott Disick’s Relationship

Today is Sofia Richie’s birthday, which means now she only has one more year until she can legally drink. Yes, she’s literally just turning 20. How does real life feel like it’s going ridiculously fast, but Sofia is still basically a fetus? Seems unfair. But yeah, our favorite famous child-turned-Instagram model-turned-Kardashian satellite person is one year older, so let’s celebrate. How? By reminiscing on all the twists and turns in her relationship with Scott Disick, which still confuses me. Let’s dive in.

We first learned about Scott and Sofia hanging out last year at Cannes, where hot rich people go to hang out every May. This would seem like the perfect location for a first hookup, but things are pretty unclear. If you recall, this is also the exact time and place where Scott was spotted hanging out with Bella Thorne. This feels like approximately seven lifetimes ago. Whatever was going on between Scott and Sofia at this point, they were playing it cool. Sofia even said on Twitter that she and Scott were “just homies.”

We first really knew that Sofia Richie was dating Scott Disick last September, so it’s been almost a year. While they were in Miami together, they posted Instagram stories together, and they also posed with a cake that said “Congratulations Scott & Sophia” (yes, with her name spelled wrong). The cake was really a confusing factor in the narrative, because it’s still unclear what they were being congratulated for. At this point, we would definitely know if they were either pregnant or engaged, so it seems like…a random congratulations cake? Actually, you know what, when I finally get a boyfriend I will celebrate with approximately 10 congratulations cakes, so I get it.

At first, the main issue everyone had with Scott and Sofia dating was their age difference. Okay, that’s still the main issue people have with this relationship. Scott was 34 and Sofia was 19 when they got together, which means he could legally drive a car before she was even born. Sorry, not trying to sound judgmental, it’s just a fact. A lot of people (myself included), questioned how real their relationship was. At first, based mostly on social media, it definitely seemed like Sofia was a lot more into it than Scott. Note, the trip to Venice when they posted the exact same Instagram, except hers was a couple pic and his was solo. Classic Scott.

By the time spring rolled around, we hadn’t heard much more from Sofia and Scott. They were definitely still together, but it was tough to tell how serious things were. There were rumors about them moving in together, but there were rumors about Kendall Jenner moving in with Ben Simmons like a week after they started dating. Basically, no one knew wtf was going on with Sofia and Scott.

Then, in June, we were slammed with breakup rumors. The details around the reported breakup were actually pretty crazy. First, there were allegations that Scott was seen making out with a random woman at Kanye’s listening party in Wyoming. How did all of this happen less than three months ago? On top of that, people were saying that Lionel Richie had threatened to write Sofia out of his will if she didn’t dump Scott. This sounds like something straight out of a soap opera, which makes sense because it turned out not to be true.

Scott quickly killed the rumors by posting a TMZ screenshot on his Instagram story clarifying that Sofia is still his girlfriend. He also posted a picture of them together at Nobu, which is a sure sign that things are okay in the world of Scott Disick. So yeah, things seem to be good. Sofia hasn’t been on the new season of Keeping Up With The Kardashians yet, but Scott still talks about her. In one awkward moment, Khloé asked Scott if he sees himself getting back with Kourtney, and he’s basically like “ummmm no and also I have a girlfriend? Khloé, you know this.” Gotta love Khloé trying to make drama.

So happy birthday to Sofia Richie! Enjoy your special day, and make sure Scott buys you something really nice. And just to be safe, don’t let him go to any more listening parties in Wyoming. You’ll thank me later.