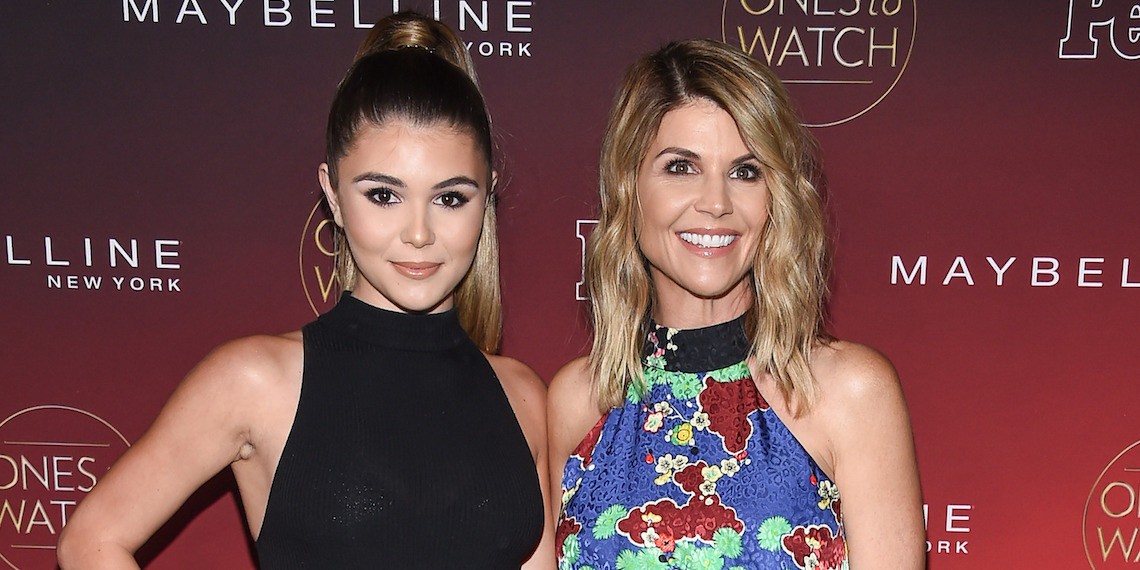 By now we are all far too familiar with the college admissions scandal involving Desperate Housewive’s Felicity Huffman and Full House’s Lori Loughlin (aka Aunt Becky). The two celebs were brutally and rightfully roasted, shots were fired, memes were made, and the trash fire that is the internet blazed on (though perhaps with one less YouTuber.)

Just as a quick recap: the FBI (yes, that one) recently indicted 40 people in a huge college admissions scam, where parents were doing things like paying to bolster their children’s SAT scores. You know, just some casual fraud. And while the whole story blew up due to celebrity involvement and some absolutely clickworthy details (like how photos were edited to make it look like these kids were on sports teams that they were not lololol), the entire mess is actually less scandalous than it is inevitable. How? Great Q. Because what happened here is one of the many outcomes of a broken education system in the US, where those with privilege and money are able to create opportunities for themselves that others aren’t. It’s a system that rewards people with money and leaves behind people who dare to be born without it. And yes, what happened in this “scandal” is hella illegal, but the most disturbing part about it is that it’s not that far off from how the legal system works. Moreover, the fact that these people thought in their right minds that they could use their money to get their kids into colleges over other hardworking students makes sense when you look at how we have built the college admission process.

So let’s take a deeper look at just how fucked up this system (take a shot every time I say system) is, shall we? From the moment parents enter their children into school, privilege already plays a major role. Areas where people with higher incomes live have more money to fund their schools, and therefore better education systems. Race comes into play here as well, as many non-white neighborhoods lack the resources to build up their schools.In just one recent example of how this works, the New York Times ran an exposé on NYC’s “elite” high schools (think Gossip Girl) and found that of nearly 900 students admitted to Stuyvesant High School this year, only seven of those students were black. Seven. So, from day one, being white and being wealthy will put you ahead. That is lé fucked.

By the time kids get to a college application, the system has already made the playing field uneven. Those who could afford to live in a district with good schools are more ready to move on to college. And then there’s college tuition. As you may have heard from Bernie Sanders and/or me at the bar the day my loan payment is due, college tuition is BULLSH*T. The tuition is too damn high! And aside from college costing an insurmountable amount of money for most families, it also creates a situation where people who come from lower income families cannot attend college. And if you’re thinking, “Well they can just get a scholarship! or financial aid!” think again. Scholarships and financial aid are not things you can just *get.* You have to work really damn hard for them and neither are guaranteed, so this again creates a system where those who are less fortunate literally have to work harder to get the things that rich or well off people get while making YouTube videos in their dorm. Again, that is…loco.

And now we arrive at the topic of filthy rich parents using their money to get their kids into schools they wouldn’t be able to otherwise attend. It’s no secret that certain families that hold legacies at Ivy League schools often make large donations, and because of that the schools let their kids in, even when they are not smart enough. *cough George W. Bush cough*  Yet again, wealth and privilege are two of the requirements when it comes to easily getting into good colleges. And where there’s wealth and privilege, there’s racial injustice as well. And that’s not to say that people of color are never wealthy (of course that is not true), it’s just the reality that white people created a system where we are on top, and because of that it’s much easier for us to obtain/maintain privilege.

When you take all of this into account, it actually isn’t that wild that these celebrities assumed they could pay their kids’ ways into college. That’s how the whole system works; if you have money, you have power, and you have the right to get what you want. I mean, what they did was completely heinous and illegal, and the photoshopping part is objectively hilarious, but it’s really not that far off from what is legally allowed. In the end, what’s the difference between paying $500k to a fake SAT proctor and paying $500k to put your name on a building if the result is the same? You get your C-student into an Ivy, while hardworking, exceptional students struggle to afford their safety school. America’s education system is broken, just like the criminal justice system, and just like many others in this country. They need reworking and revolutionizing, and the time is now. Wow, am I…running for president?