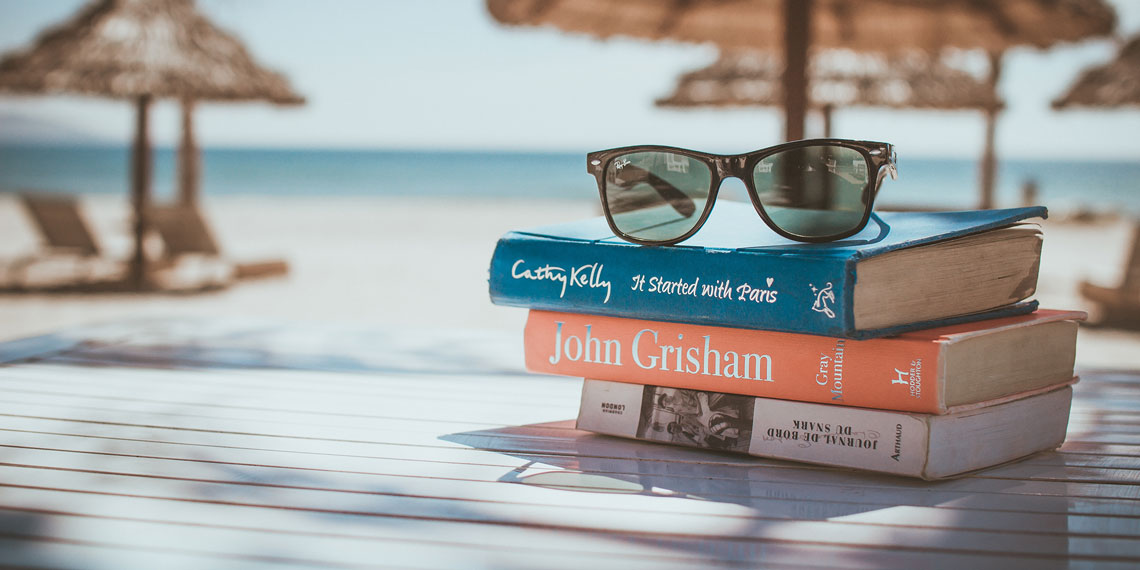 It’s that time of year again! The sun is out, the temperatures are rising, and all you want to do is go to the park in your bikini and read a good book. Or, maybe that’s just me. In any case, I’ve been powering through advance copies all season to get you the Betches Summer Reading List 2019. Whether you’re into romance, mystery, fun character sketches, etc., you’ll likely find something you will enjoy on this list. Now, as a warning, here is how I am classifying my summer reading list: books that come out during the spring and summer. So don’t be salty if some of these picks aren’t available yet. That’s why God invented preorder.

This book is so cute and fun and I’m obsessed with it. It’s about Alex Claremont-Diaz, the heartthrob son of the first female President of the United States (if only), and Prince Henry, the Prince of England. The two start out as rivals and are forced to fake a friendship, until that fake friendship turns into a real friendship… and then more. Told through narrative, texts, emails, and even a podcast, this book is inventive and fun, and super heartwarming. I finished it today and low-key teared up on the subway.

‘My Lovely Wife’ by Samantha Downing

Yes, I wrote about this one before, and yes, I’ll likely do it again. This book was that good. Literally think Gone Girl, except better. I promise you. My Lovely Wife is about a typical suburban married couple with children… who hunts and murders women for fun. I swear to you, you won’t see the twist coming. And if you do, kindly drop your location in the comments, so I can alert the police.

I loved The People We Hate At The Wedding, so I was not surprised that I loved Grant Ginder’s next book, Honestly, We Meant Well. Here’s the gist: a family takes a trip to Greece. But in that family, you have Dean, a famed writer and now-professor who just cheated on Sue Ellen, his wife. Oh, and they have a son, Will, who just broke up with his boyfriend, only to have him move on immediately and steal his job. There’s not a lot of action (until the climax), but there’s plenty of character development to keep you hooked. This fun family portrait is a perfect summer read.

‘The Learning Curve’ by Mandy Berman

Fiona and Liv are two best friends who became inseparable after Fiona experienced a family tragedy. Senior year of college, their lives are headed in different directions, and their differences are only highlighted by the sudden arrival of famed writer and controversial figure, Oliver Ash. It’s not what you think—at least, not entirely. This novel, through different perspectives, explores loss, grief, sex, friendship, power dynamics, and much more.

If you’re into horoscopes, and romantic comedies that are told through vignettes that ultimately come together in the end, you’ll love Star Crossed, which has both of those elements. The novel focuses on a few characters, namely, Justine (a Sagittarius and a serious skeptic), who starts working at a newspaper. One of her projects? Laying out the horoscopes. All is proceeding normally until Justine takes the horoscopes into her own hands… and ends up changing other people’s lives, not just her own.

‘Watching You’ by Lisa Jewell

If you’re only going to read one thriller this summer, make it this one. It takes place in a nice neighborhood of Bristol, England, where everyone is hiding something—and everyone is watching each other. When someone in the community ends up murdered, all these secrets start scratching at the surface, threatening to come to life. Told via first-person narrative and transcripts of police interviews, this is a page-turner you won’t be able to put down. And with so many twists, it’s guaranteed that at least one will surprise you.

This book is literally going to be huge, and Reese Witherspoon loved it so much she made it a book club pick. Told like a biography (that’s not a real biography), the book follows Daisy Jones, a girl coming of age in LA in the late sixties, and her life is all sex, drugs, and rock ‘n’ roll. When she joins forces with The Six, they become one of the biggest bands of the seventies. Remember—this is all fictional, but it reads like an oral history. It’s an extremely inventive format and a captivating story that you and all your friends will love.

It’s 1987, and Eve Rosen, aspiring writer and lowly assistant at a publishing house, is desperate to prove her mettle in the arts and literary scene. So when famed New Yorker writer Henry Grey extends an invite to a party at his summer home in Cape Cod, Eve jumps at the opportunity. Henry takes a liking to her and hires her as his personal assistant, giving her even access to the world she previously only dreamed about. She also scores an invite to the famed “Book Party,” an end-of-summer celebration where everyone dresses in elaborate literary costumes. However, the deeper she gets into this world, the more she discovers that all that glitters is not gold and nothing is really as it seems.

‘The Perfect Girlfriend’ by Karen Hamilton

Another fun suspense-filled novel, this one follows Juliette, who was just dumped by Nate. She’ll do anything to win him back… literally. She’s convinced she and Nate are meant to be and has devised a truly crazy plan to win him back. So crazy, it just might work? You’ll have to find out. Juliette is certifiably insane, for sure, but you’ll find yourself siding with her more and more as the plot progresses.

‘The Bride Test’ By Helen Hoang

If you read and loved last year’s The Kiss Quotient, then you need to run out and order Helen Hoang’s next novel, The Bride Test, right now. Just like The Kiss Quotient featured a protagonist on the Autism spectrum, this one does as well—so you’re not just reading a fun novel, you’re also reading a novel that’s giving visibility to groups that aren’t often written about. So. Onto The Bride Test. Khai Diep doesn’t really experience emotions—or at least, he doesn’t think he does. He doesn’t think he’s capable of love, but his family knows better. So his mom travels to Vietnam to find him the perfect bride.

‘The Bookish Life Of Nina Hill’ By Abbi Waxman

I knew I forgot something I’d read and liked on my reading list, so I updated the post to include this fun read about Nina Hill, a nerdy girl living in LA, whose life is turned upside down when she finds out her estranged father died and left her a whole dysfunctional family who wants to meet her. And, given that Nina is a huge introvert, she would rather not—yes, I know what you’re thinking. Even if it means passing up that sweet, sweet inheritance money. If you relate to staying in and JOMO (joy of missing out), you’ll relate to Nina. This book was a fun, cute beach read that you’ll breeze through pretty quickly, but it’s still got a lot of heart.

Images: Link Hoang / Unsplash; Amazon (10)
Betches may receive a portion of revenue if you click a link and purchase a product or service. The links are independently placed and do not influence editorial content.