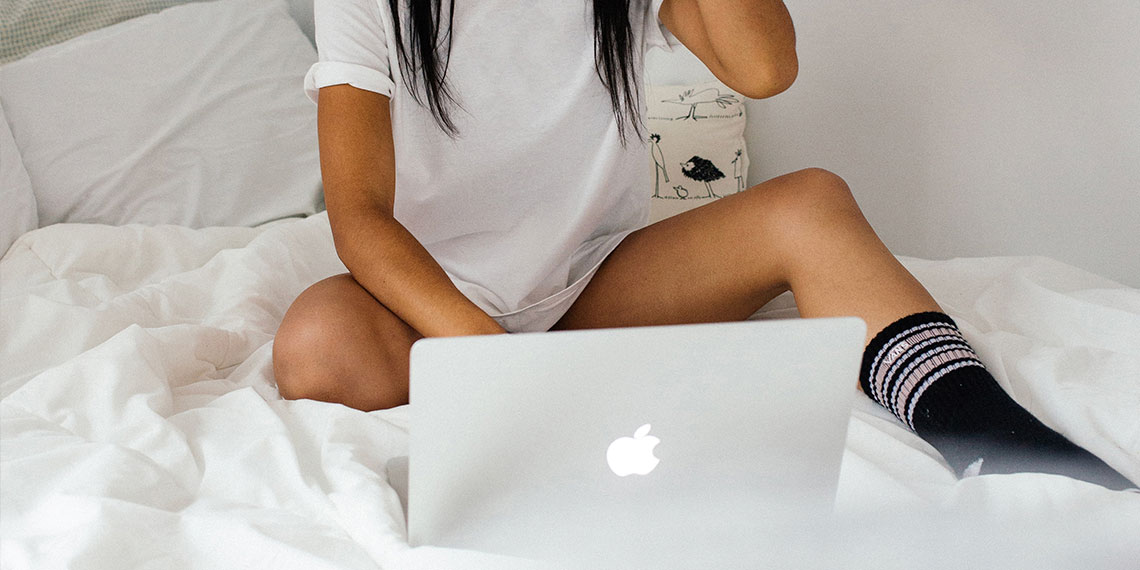 The Best TV Shows & Movies Coming To Netflix In January

Hellooooo 2020. Not only are we celebrating this new decade, but Netflix is too. This decade flew by. I mean, don’t you remember good old 2010? I was wearing braces and watching Hannah Montana every night and worrying about what I would be wearing for #BatMitzvahSzn, what were you doing? Though I still watch Hannah Montana on Disney+ today, Netflix has brought in the new decade with some new (and old) amazing shows and movies. Since we’re all going to be deathly hungover and not moving from our beds on New Year’s Day, I thought I’d round up what’s going to be new on Netflix in January. Forget about those resolutions, grab some SkinnyPop and let’s get started.

Bueller?… Bueller?… Bueller? You’ve probably seen this movie a million times at sleepaway camp and can quote every line, making it great background noise while you scroll through Instagram.

Can we just talk about how Hilary Duff (Sam Montgomery) wore a wedding dress to her High School Halloween party? Like um, what? And also how her entire identity is obscured just by covering the skin around her eyes? Plot holes aside, this movie is a classic and Hilary Duff deserves the world.

J.Lo stars in this feel-good funny movie to watch on a boring day. If you have ever met, dated, or even married a “Mama’s Boy,” you can totally relate to their horrible challenging mothers.

2004 Mary-Kate and Ashley star as two teenage girls who find themselves dealing with many problems while adventuring through Manhattan on a school day. Which sounds like every other Mary-Kate and Ashley movie, just with the city switched out, and that’s because it is. My favorite part is Eugene Levy (Max Lomax), the school’s obsessive truant officer, following their every footstep to try and catch them.

The classic Gene Wilder and new(ish) Johnny Depp films will both be available for you to watch in January while you binge eat chocolate. Not gonna lie, swimming in a pool of chocolate like Augustus Gloop did is still a dream of mine… if I drown, so be it.

Throwback to when Amanda Bynes was doing well and Frankie Muniz was relevant. Ah, the good old days. Big Fat Liar is such a classic. When Jason Shepherd’s (Frankie Muniz) class paper gets stolen by Hollywood producer Marty Wolf (Paul Giamatti) to turn into a movie, he travels to LA with his best friend Kaylee (Amanda Bynes), and tries to break into show business—literally.

Need I say more? Well, I will. Meryl Streep and Amanda Seyfried are on Netflix in one of our favorite movies to sing along with. Enjoy these songs being stuck in your head for days…

Netflix can’t get enough of Meryl Streep, obviously. But seriously, this movie is fantastic and depicts the true story of efforts made by The Washington Post journalists to publish the Pentagon Papers. Learn your history, betches.

I’ve seen Inception. You’ve seen Inception. Every guy who thinks he’s deep has seen Inception and claims it’s his favorite movie. Still, it’s got Leo DiCaprio and Joseph Gordon Levitt, so I don’t know what else you really need. Plus you can get high and debate if it really was ~all a dream~

This new series is about Kat Baker, a competitive figure skater who dreams about making it to the Olympics. After she takes a disastrous fall, she is taken out of the competition and her dream. But then, a boy appears (as always) and helps Kat continue her career in skating as a duo. Together, they face challenges, injuries, and some emotional breakdowns. Get your tissues prepared.

After a long wait, one of our favorite pairs are back on Netflix with a new season. There isn’t too much info on what’s going to happen in this season just yet, but we do know that Grace’s marriage to Nick at the end of last season will def carry some tension in the episodes to come.

So, I am in love with Ashton Kutcher and that is the main reason I have watched this show, NGL. The show is about Colt Bennett (Kutcher) who returns home to his family’s ranch in Colorado after a failed semi-pro football career to run the family ranching. business. And no, human trash bag Danny Masterson isn’t in the final episodes, so you don’t have to worry about supporting him.

Hosted by Queer Eye’s Tan France and fashion it-girl Alexa Chung, this new fashion design competition is about to be epic. Over 10 episodes, 18 designers compete in rounds based on design trends and styles that influence what people wear worldwide. Can I say make it work??

This is the first original comedy series by world-famous drag queen RuPaul. In the series, Ruby Red, a penniless drag queen, travels across America to hit different clubs while developing an unlikely sidekick named AJ—an 11-year old orphan. This new series is expected to have a lot of glitz and glam, so be excited.

This series is the much darker and edgier reboot of Sabrina the Teenage Witch from our childhood. It follows the magical story of secret witch Sabrina Spellman (Kiernan Shipka). The new season will be thrilling, as Sabrina recovers from defeating her father Lucifer. Damn, and you thought your dad was evil because he cut you off from his credit card…

This crime-comedy series is about three suburban moms who enter a life of crime after robbing a grocery store. It’s a great show that stars Christina Hendricks, Mae Whitman, and Retta (Donna Meagle from Parks and Rec). Think Breaking Bad, but female and funny.

Usually, this would be the point where I would say, “It’s fine that some shows and movies are leaving because others will take their place!” but I can’t say that this month. I’m sad. Super sad. Friends will be leaving Netflix, and I can honestly say that I’m hurt and might not be okay. No one told me life was gonna be this way. Movies leaving Netflix this month are: Grease, Becoming Jane, Something’s Gotta Give, Good Luck Chuck, Zombieland, and Revolutionary Road. At least I can binge away my sorrows with all the new stuff, but it won’t be the same.