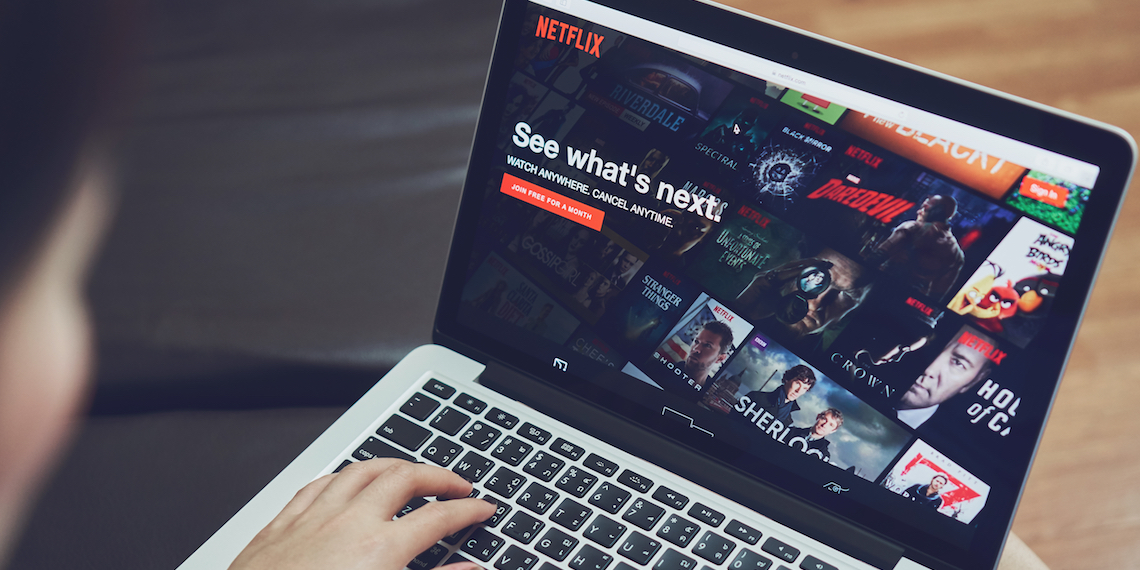 The Best TV Shows And Movies Coming To Netflix This February

The February slump is upon us, which means we have nothing better to do then succumb to Netflix’s latest additions: murder, musicals, and virgins. I’m not sure why February took such a dark turn Netflix-wise, but I mean maybe that’s just reflexive of the state of our world, you feel me? Anyways, without further ado, here are this month’s latest and greatest additions to Netflix.

In one of Netflix’s latest TV endeavors, Natasha Lyonne plays a woman named Nadia who legit can’t stop dying. On the evening that she’s made to be the guest of honor at a party in New York City, she dies – and then wakes up again. She does this a few times on repeat before wondering what the f*ck is going on. The comedy series co-created by Lyonne herself and Amy Poehler is sure to have you laughing for all the wrong reasons. So what, you’re a terrible person? We all are these days.

So apparently men who stalk and murder women are in this season! Originally a podcast (where all great true crime stories start), this real-life story follows Debra Newell, an interior designer looking for a man after four (yes four) failed marriages. She finds John Meehan, an anaesthesiologist with an overly promising online dating profile. He turns out to like, a sociopath. What exactly he does, though, you’ll have to watch and find out. But I’m just saying, this sh*t better be worth Connie Britton killing herself off Nashville and simultaneously ruining the entire concept of the show.

The year is 2093 and Kompass Kardashian rules planet Earth. Not actually, but like would you be surprised? A bunch of nerds board a ship called, you guessed it, the Nightflyer to go try and talk to aliens. How arrogant of them to think aliens want to hear from us. Well, they find out pretty f*cking quickly that they don’t. This is basically that episode of Black Mirror when they’re in the spaceship video game, but instead of them living happily ever after fighting off aliens, they all get brutally murdered.

Clearly Netflix is picking up on the fact that we’re all grossly obsessed with true crime stories (hey did you know we have a true crime podcast? Cause like, you should). Sam Cooke was a soul singer who also had immense socio-political power during the Civil Rights movement. A woman named Bertha Franklin murdered him in a motel, but to this day, the story doesn’t seem to add up. His family and fans have pushed to investigate whether or not his murder was in fact politically motivated due to his rise in influence. Get ready to fall down the rabbit hole with this one. Start your engines, and may the best theory win!

Adapted from a comic book series, this Netflix Original takes the idea of superhero family just about as far from The Incredibles as humanly possible. 43 women give birth having not been pregnant like, the minute before (can you spell nightmare?). Only six of them survive and end up becoming the children of a sketchy old man who trained them to unlock their given superpowers. The show takes place 17 years after the adoption, when the man is murdered. The Umbrella Academy siblings must then reform to save the world. And you thought your family was f*cked up.

If watching Zac Efron take Troy Bolton to ’60s Baltimore isn’t reason enough to watch this iconic film, I will give you a second: Nikki Blonsky. Her fans (often referred to as  “Blonskinators” or collectively as “Blonskyland”) worship the should-have-been it girl of 2007 on Twitter and Instagram. This bitch will never let you f*cking forget that she was Tracy Turnblad in Hairspray with Amanda Bynes and Queen Latifah. I can’t decide what’s better: her singing “Good Morning Baltimore” in her half-lit bedroom on Instagram live, or that legitimately not one of her co-stars follow her back, but she’ll still post congratulatory posts for Amanda Bynes getting her sh*t back together. Oh, and the music is really good.

How could you not love a movie that promotes healthy masculinity, shows a lead male pursuing a non-stereotypical career, and supports the LGBTQ community? *Steps off soapbox* Billy Elliot is a pre-teen going through the dilemma of being an un-athletic boy. After getting the sh*t beat out of him in a boxing ring, he stumbles upon a ballet class and finds himself really enjoying the opportunity to dance. The film follows Billy as he tries to convince legit everyone that boys can dance too (even though people are super ignorant and homophobic towards him – please tell me what’s changed). I won’t spoil it for you, but what I will say is that after watching this movie you’re going to be dying to see the musical adaptation.

Also known as Colton Underwood. Although slightly depressing in concept, this Steve Carell movie actually reminds you that he’s someone who does comedy – cause like, have you seen his latest sh*t? It’s dark. AF. Anyways, in this movie, Carell plays a lonely electronics salesman named Andy. Andy really loves action figures and video games, but his friends just want him to get f*cking laid already (side note: WHERE WERE THESE FRIENDS AT 30??). They eventually find him Trish, and the rest is history.

A large percentage of the male population would consider watching American Pie their sexual awakening. So that’s the type of movie you’re getting here. My ex-boyfriend used to actually quiz me on the order of every American Pie sequel and saga (hence, ex). In a quest to all lose their virginities (do we have a theme here this month?), five friends attempt to court girls grossly out of their league. This movie involves a lot of nudity, so not really one to watch on an airplane or at your Grandma’s house. Also, this was released in 1999 and the biggest ~scandal~ in it is a webcam link going on an all-school email. Twenty years later and we have to deal with revenge porn all over the internet. God I hate 2019.

I don’t know whom the f*ck was on crack when they thought of this movie title, but like that’s the least of our worries here. To explain the inexplicable, a woman named Josephine finds an old man dead in her apartment complex and therefore decides to go through his stuff (logic is so far out the window). She finds his artwork and decides to show it to her artsy friends Morf and Rhodora to get their opinions. The two fall in love with the work and see its market value, obvs deciding they want to make big bucks off this dead guy. Pretty soon though, sh*t hits the fan when the artwork starts to murder people. Yea, you read that right. Although it’s listed as a supernatural horror film, this movie also has a strange comedic commentary on the absurdity of the art world and money attached to it. How fun?