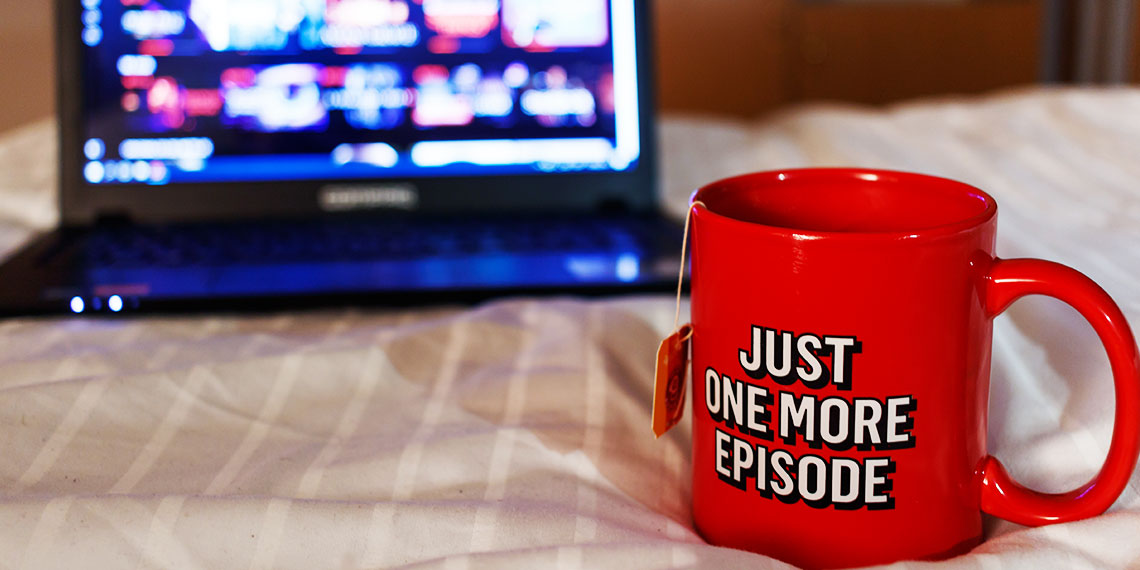 If there is one thing I’d love to get to the bottom of, it’s why super unrealistic horror movies about immortal clowns who eat children keep me up all night, but fictional crime shows about sexually-based offenses that are considered especially heinous basically put me to sleep. If anyone asks why I like these shows so much, I always say that it’s for educational purposes. Like, if I’m ever a suspect in a murder and Detective Benson offers me a glass of water to “calm my nerves” in the interrogation room, I know not to drink it because it’s just a ploy to get my DNA and prove that I did, in fact, commit the murder! Okay, so maybe that example might not happen in the real world? I don’t know. Regardless, if you’re less into the “ripped from the headlines” Dick Wolf adaptations and more into what events they ripped from the headlines in the first place, head to Netflix. There is so much true crime content on there that you won’t be able to sleep for days. If you, too, have an undiagnosed passion for true crime shows, these are the shows and movies you need to binge, like, yesterday.

‘Killer Inside: The Mind of Aaron Hernandez’

ICYMI, Aaron Hernandez is an ex-Patriots player who was convicted for the murder of Odin Lloyd in 2015, another football player and his future brother-in-law. If that’s not enough, he hanged himself in his prison cell only a few days after he was acquitted of a DIFFERENT case of double homicide that had occurred in 2012. TF is going on in the NFL??? This docuseries travels into Hernandez’s past to piece together the potential factors that led him to a life of violence, including the death of his controlling father, his closeted homosexuality, and a lifetime of concussion-related injuries. I’ve only watched the trailer, but I need to know more ASAP.

I am the kind of person who can most certainly handle a slew of people fake dying in a show/movie, but bursts into tears when the fictional, CGI-crafted direwolves die in Game of Thrones. As you can guess from the title of what turned out to be a truly disgusting true crime docuseries, it starts out with animals getting hurt, specifically, cats. Rule number one of the internet is you don’t f*ck with cats, so a group of Facebook vigilantes is motivated to start a group to find whoever hurt the cats. I won’t go into detail because I don’t want to spoil anything, but this show is about a dude who made a video of himself torturing and killing two kittens… and escalates from there. The videos are later linked to a much worse crime of similar nature on a different species. This one’s not for the faint of heart, so only real true crime fans can get through this one.

Ok, obviously we all know who she is, but have we actually seen the documentary? I have and it’s f*cking amazing. I have to admit, some of the documentaries listed above and below are only on the listed because the content is crazy, but this one is actually really well-produced. To sum it up in one sentence: this is about the worst study abroad experience ever. Amanda Knox went to Perugia, Italy her junior year of college, but before she could come home and pretend she’d developed an Italian accent, she got arrested for her roommate’s brutal murder. Welp. Hate when that happens! As we’ve seen from her amazing tweets over the last few years, she is no longer in prison nor a suspect in the murder. Ya love to see it. The documentary basically walks you through the chain of events and parts of the trial as if you are actually there observing from afar. Well done, Netflix!

This one is just like one long and absurd SVU episode during which you’d quietly scoff, “That would never happen.” Oh, but it did. Twice. It all starts with 12-year-old Jan Broberg, whose creepy pedo neighbor molests and kidnaps her not once, but TWICE. Obviously this is gross and horrible and illegal for a reason, but the most shocking part of this documentary is Jan’s parents’ reaction to the whole thing. Cavalier is an understatement, to say the least. They’re either really stupid or really stoic. Here’s what I mean: When the police tell them their daughter has been kidnapped by their friend and neighbor, the mother said, “Oh dear. Oh. Now I won’t be able to sleep.” I say the exact same thing in the exact same tone when I have one too many cupcakes before bed, not when my daughter is kidnapped!!

Tbh, I haven’t watched this one yet because the subject matter is all too real and made me a little sad. However, after reading a few sentences about it, I learned that it’s narrated by Jessica Chastain, so I’ve decided to cancel my weekend plans in favor of bingeing this in one sitting. Hopefully I don’t pull a Rue and give myself a kidney infection, but who knows? Ok, so I Am Jane Doe’s title is a little misleading because the victims (AKA the Jane Does) are not the ones narrating; their mothers are. Wikipedia describes the documentary as such: “I am Jane Doe is a documentary chronicling the legal battle that several American mothers are waging on behalf of their middle-school daughters, who were trafficked for commercial sex on Backpage.com, the classified advertising website formerly owned by the Village Voice.” Holy sh*t. If you need more motivation to press play on this one, half of the film’s profits were donated to non-profit organizations who help formerly trafficked children to get their lives back on track through counseling.

‘The Disappearance of Madeleine McCann’

Imagine taking a nice family trip to a beach resort in Portugal and your child gets kidnapped from their hotel room. That’s like, a totally valid reason to give a bad Trip Advisor review. In 2007, 3-year-old Madeleine McCann disappeared while with her family Portugal, and the story quickly became a sensation in the UK. For those of us who weren’t there across the pond, this docuseries takes us through what it was like to experience the news firsthand, including those feelings of hopelessness and frustration as you come to realize that this case remains to be solved, and probably never will be. The show also explores the relationship between the media and police, trying to find a balance between what is the most productive and respectful way to report these murders vs. what gets the most views. Wait, is Netflix exploiting serious criminals and their victims in order to satiate their viewers and their need for more true crime documentaries? Am I viewers?

Another documentary that hits a little too close to home is Oklahoma City, which, as you can guess, takes place in Oklahoma City during a really unfortunate event: the 1995 bombing that killed more than 150 innocent civilians. This documentary pretty much examines how in the actual f*ck something like this happened and why by taking a really close look at the domestic terrorists who pulled it off.