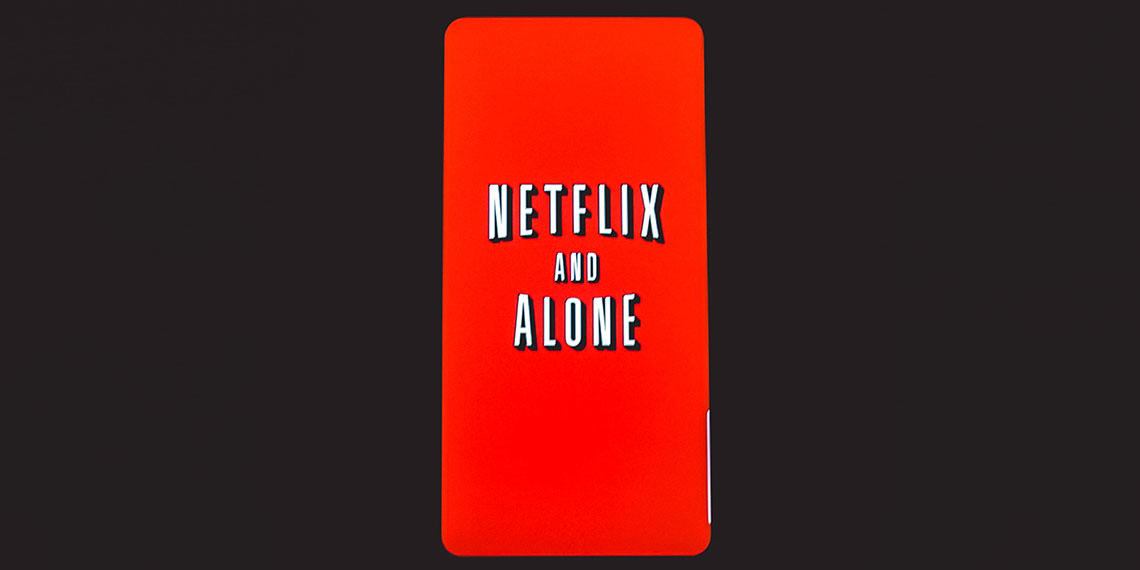 The Best Shows & Movies Coming To Netflix In May 2020

You know what they say: April Showers bring May… Netflix marathons? Look, I know you would rather not be watching one million hours of TV. May is supposed to be the beginning of darty season (or maybe you’ve graduated to drinking on rooftop bars). The sun is starting to shine, everyone can smell the beginning of summer, and things are generally looking up. This May… well, there’s no need to restate the obvious, but all I’ll say is that it does not appear we will be heading to a rooftop bar anytime soon.

At least we don’t have to worry about how pale we’ve all gotten. If only the glow of a computer screen could tan my face. Not that I’d have anyone to show it to, but I’d like to feel at least somewhat confident about my appearance in my Zoom square during meetings, which I do stare at 100% of the time. Anyway, here are the best shows and movies coming to Netflix in May.

This week, Higher Ground Productions, The Obama’s production company, announced their plans to air the documentary Becoming, which follows Michelle Obama on tour promoting her memoir of the same title. The documentary is set to premiere on Netflix on May 6th. I will take any and all Obama family content I can get, so I cannot wait to see the stories Michelle encountered and shares in this movie.

Has the Back to the Future franchise aged well? My guess is no, but I haven’t seen the classic 80s movies in forever. Luckily, the first and second movies about the antics of Marty McFly and Doc Brown time-traveling are coming to Netflix this month, so we can decide once and for all. Hilarious that 2015 was considered to be so far into the future, and now I look back on those days wistfully.

‘What a Girl Wants’

What A Girl Wants is Amanda Bynes at her peak. Fresh off the success of The Amanda Show (can they put that on Netflix?), Bynes goes to England to find her dad, who is none other than Colin Firth. A British politician, he takes her into his family, but she has to learn to fit in and not cost him the election. But at what cost, if she can’t be her quirky, destructive self?

Seinfeld fans will be happy to know that Jerry Seinfeld is coming out with a brand new stand-up special, taped at the Beacon Theater in New York, premiering on May 5th. I watched the trailer and all 90 seconds of it are Jerry trying to convince the audience that something can suck and be great at the same time. “Never feel bad that your life sucks. The greatest lesson you can learn in life is ‘sucks’ and ‘great’ are pretty close,” he tells us. Okay, clearly he knew this quarantine was coming? Something smells fishy, but maybe he will have some advice for us all.

Netflix is releasing the next eight episodes of Workin’ Moms on May 6th, which gives you just shy of a week to catch up. The comedy follows the lives of four moms who met in Mommy & Me classes, and who have to return to the workforce after giving birth. In season 4, the kids are growing up, and the moms are too. They still have to figure out how to keep their lives, families, and careers are together without going insane.

The end of season 1 of Dead To Me was pretty crazy. (Spoilers ahead.) Judy confessed to Jen that she ran over Ted (Jen’s husband), but then it was like… maybe not? And then Jen shot Steve, Judy’s ex-fiancé, because she thought he was the one that killed Ted? Steve kind of sucked, so when the season ended it was kind of like… okay, I guess everything’s evened out now. Season 2 says not so fast, missy, we’ve got a lot of questions to answer. Does Jen forgive Judy? Is Steve really dead? Who is actually responsible for killing Ted?

The director of La La Land, Damien Chazelle, is releasing his new eight-episode drama, The Eddy, on Netflix May 8th. “The Eddy” is the name of the struggling Paris jazz club owned by musician Elliot. The show follows him as he tries to save his club and his family when both begin to unravel. I expect lots of Paris scenes (who doesn’t like those?), and lots of great music, so this show will definitely be one to look out for.

‘House at the End of the Street’

The 2012 psychological thriller House at the End of the Street starring Jennifer Lawrence will soon be available on Netflix. In case you’re looking to feel something again, horror movies are probably your best bet. When 17-year-old Elissa moves to a new town with her mom, she learns the house at the end of the street was the site of a gruesome murder in which a girl killed her parents and then disappeared. Elissa begins to date Ryan, the girl’s brother, who still lives in the house and holds many secrets and grudges. I’m sorry, but that is a major red flag and her first mistake.

The most recent season of Grey’s Anatomy will still be on Netflix. With production cut short due to the virus, the season features 21 episodes instead of the planned 25. If you need something comforting (comforting, as in, a show you’ve been watching for literally ever), then you’ll be glad to see the newest season coming out May 9th, with all of your favorite characters—well, the ones who are still alive.

I have seriously been missing Kimmy Schmidt in my life, and I am so excited about this special. The whole eclectic bunch from the show appear in this special, and in Kimmy Vs. the Reverend, Kimmy embarks on her biggest adventure yet. The more exciting part? It’s interactive; the viewer gets to choose what Kimmy does with her life. That’s good, because sometimes she needs a little direction. Remember Bandersnatch? I imagine it will the same sort of setup, except it’s not part of the Black Mirror franchise so you won’t be weirdly distraught by the ending.

I seriously cannot believe this show is still being made. So much respect for Riverdale, the best show written by predictive text on an iPhone. I faded out during season 2 when they made up a drug ring and decided to call said drug “jingle jangle.” But that’s not even close to the worst they’ve done on this show. I might need something to laugh at and hate-watch soon, though, so maybe Riverdale will make its way back to my screen after all.

This is a classic. Soul Surfer is based on a true story of the life of Bethany Hamilton, whose left arm was bitten off in a shark attack. She eventually recovers and learns to surf with one arm. Still, she is frustrated that she can’t be where she once was, and slowly realizes that her dreams of pro-surfing competitions and sponsorships probably aren’t going to happen. When Bethany goes on a service trip to Thailand after the 2004 tsunami, she realizes that she can still use her skills to teach kids not to fear water. Let me tell you, you are never not in the mood for this movie. It’s inspiring and a feel-good for sure.

‘Just Go With It’

Just Go With It is your typical Adam Sandler comedy, and is a fun watch when you’re not really in the mood for anything else. Sandler’s character is a womanizer, and his go-to move for getting women is telling them he’s going through a divorce. When one of them demands to meet his “ex-wife”, he enlists the help of Jennifer Aniston and also, to keep it going, pretends her kids are his kids. The kids convince Sandler to take everyone to Hawaii, where he and Jennifer Aniston actually do fall in love at the end of the day.

Speaking of Adam Sandler, he stars in Uncut Gems, but this crime thriller is the opposite of his typical roles. I’m glad this movie is coming out on Netflix because I thought about seeing it in theaters last year, but ultimately decided it wasn’t worth the money, and then promptly forgot about it. Luckily for me, the wait is over. Uncut Gems is about a jeweler who needs to repay his debts quickly. Through dangerous and high-risk pawning and betting, he finds ways to get increasingly more money, and hopefully, it will be enough.