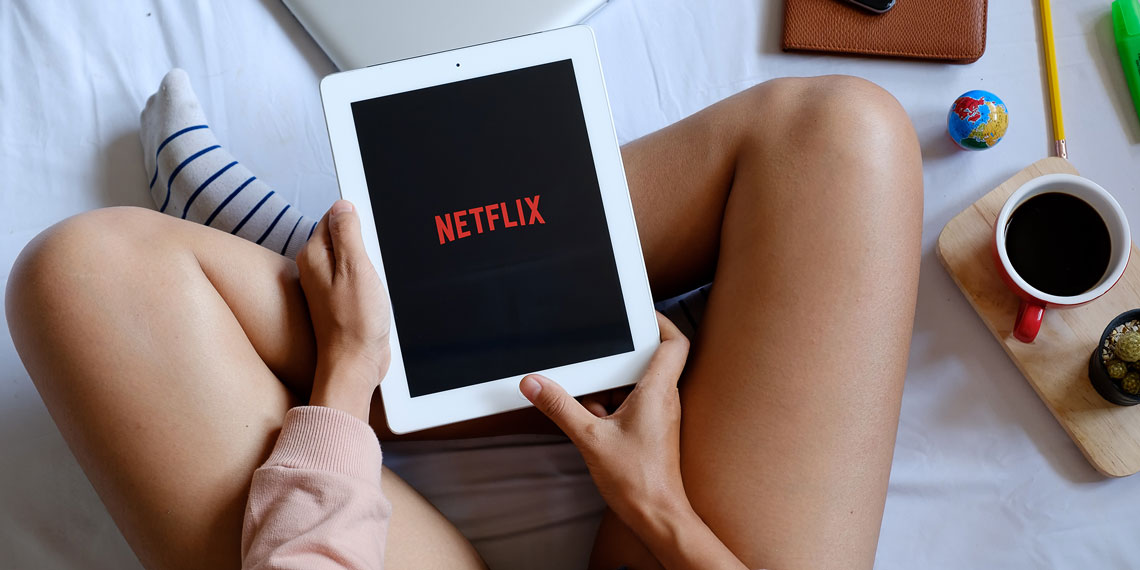 The Best Shows And Movies Coming To Netflix In September

The first of the month is a tricky time, because on the one hand, I’m getting paid, but on the other, my rent is due. Luckily, my rent check doesn’t manage to find its way to my landlord until around 9am, which is four hours after my direct deposit hits, so I’m rich for approximately four hours. It’s the little things. Anyway, let’s be real, we all love the start of a new month because it means new Netflix content, and by content, I mean the ninth season of Shameless and about 100 other shows/movies. An updated Netflix homepage is always exciting, but it’s especially so in September, because it will give you something to do when your friends ask if you want to go apple picking and you realize you’d actually rather rip your eyelashes out one by one. Seriously, if Instagram didn’t exist, would anyone over the age of seven go apple picking?? I digress.

Because Netflix is adding more content to their platform than my sister-in-law to her Instagram story during her bachelorette weekend, I’m going to save you some time and let y’all know which shows/movies are actually worth watching. Full disclosure, after admitting that I thought Tower Heist was a quality film back in the day, I’ve since been accused of having bad taste, so take this list with a grain of salt. Here we go!

Honestly, I blame my test in men on this movie. Like, why couldn’t Patrick Bateman be ugly? If you haven’t seen this movie, now is your moment, because it’s early 2000s amazing. To sum it up, American Psycho is a documentary about mental health. Jokes! It’s a thriller that, tbh, is pretty funny because it’s basically Bruce Wayne’s life if he didn’t become Batman. Does that makes sense? All in all, this is a great movie for any occasion and if any of your friends protest, they should not be a part of your life. That’s all I have to say.

Look, zombies just aren’t my thing. Sorry if that offends anyone. Obviously this show is good, though, since it has almost as many seasons as Friends! If this also doesn’t sound like your jam, maybe this helpful description from IMDB can change your mind: The Walking Dead tells the story of the months and years that follow after a zombie apocalypse. It follows a group of survivors, led by former police officer Rick Grimes, who travel in search of a safe and secure home. Well? Are you sold?

I mean, is there a movie better than Superbad? Anyone? Bueller? What I love most about it, aside from the period pants scene, is the fact that none of the stars were that famous when it was made. Like, Bill Hader had played very minor parts in a bunch of sh*t I’ve never heard of, Jonah Hill’s only claim to fame (kind of) was the teen version of Adam Sandler’s creepy son in Click, and two roles before her stint on Superbad, Emma Stone guest starred in an episode of The Suite Life of Zack & f*cking Cody. My mind is truly blown. Anyway, the fact that this movie is so amazing even though it stars Michael “Whiney Boy” Cera essentially playing himself is a tribute to quality films everywhere. If the whole McLovin storyline was taken out, this movie would be like a more realistic version of Project X. My point is that Superbad is a great example of a perfect movie. Watch it.

Emmy Rossum in Shameless is legit my spirit animal. She’s obv the definition of a hot mess, but I love her for it. Remember that time she left her cocaine out and her toddler brother subsequently had a bad trip and she ended up in jail for approximately one week? Same. This show is very complicated and has as many layers as it does members of the Gallagher family, so explaining what it’s about is kind of hard, but I’ll try. There are six kids and one deadbeat dad, Frank Gallagher, living the good life in the South Side. You know how when you rewatch Game of Thrones, you temporarily lose your mind when you realize that Arya, Bran, and Joffrey (ew, bye) were all legit children when the show started? Shameless is like that. And that is the only thing that Game of Thrones and Shameless have in common! It’s a great show because it’s funny and dramatic, so if you want to laugh and cry a the same thing, Shameless is for you.

There is only one person who can get away with a title like this, and her name is Chelsea Handler. There isn’t much info on this, so I will say what Wikipedia, my most quoted source in college essays, said about it: “Hello Privilege. It’s Me, Chelsea is an upcoming 2019 documentary directed by Alex Stapleton and starring Chelsea Handler. The premise revolves around examining the concept of ‘White privilege,’ the societal privilege that benefits white people over non-white people.” A little racy for the times in which we live? Seems that way, but knowing my girl Chelsea, she’s going to make it funny.

Like “Trapped in the Closet”, the R. Kelly documentary has a few parts. The similarities end there, aside from their involvement with R. Kelly. The documentary is a very vivid detailing of the sexual abuse allegations against the rapper/singer/alleged sex cult leader, so watch at your own risk. It’s obviously a very timely documentary considering the #MeToo movement is still very relevant, and it got amazing reviews. This is a must-watch.

Truth be told, I cannot handle anything even remotely scary. Don’t believe me? I couldn’t make it through Pirates of the Caribbean three years ago when I was 23. So you can imagine just how many times I sh*t myself when a friend forced me to watch the Asylum season of this show over Memorial Day weekend. It was f*cking terrifying, and I can’t picture just how gut-wrenching the other seasons are. I refuse to watch them, but here’s what I know about Apocalypse: It revolves around some sort of nuclear explosion and is a crossover between seasons one and three of this godforsaken show. I started to read the Wikipedia episode summaries, but got too freaked out after the third one, so all I can tell you is that the apocalypse happens and the prettiest members of society are chosen to be saved…for now. K.

If you want to cry and never stop, watch this movie. It’s based on the Jodi Picoult book about a teenage girl, Kate, with a fatal cancer diagnosis. Not to worry, her parents try to save her by designing their third child, Anna, to be medically compatible with her dying sister so that doctors can take her blood, bone marrow, organs, happiness and give them to Kate. Just fun sister things! As you can imagine, this movie is sad af and Cameron Diaz deserves an award for it. I haven’t seen it since it came out 10 years ago (f*ck, I feel old), but the two things I remember about it are the fact that the movie ending is the complete opposite of the book ending, and that Kate had a v promising future as a professional scrapbooker. Did I just ruin the whole movie? My b.

I’m just going to say it: this was no one’s favorite movie, because we expect Pretty Woman energy from Julia Roberts at all times. She’s kind of whiney in this “watch me find myself while I blow all my money on exotic journeys” story. It’s the kind of movie you’d watch if you’ve already seen all you’ve wanted to see on Netflix, but it’s only 9pm and you need to watch something. I respect her food choices and the blond hair, but that’s about it.

I better speak for all of us when I say HELL F*CKING YEA, FINALLY! If you are not watching The Great British Baking Show, I literally don’t know what you are doing with your life. Here’s how I describe this show to literally everyone: it’s the opposite of every American cooking competition show. Everyone is nice to each other, there is no sabotage (in fact, the contestants know ahead of time what the challenges will be so they can practice at home), and the format of every episode is exactly the same. It’s incredibly wholesome content, and a 10/10. Starting August 30, new episodes will drop on Netflix every Friday.

To end on a sad note, there are a few gems leaving Netflix this September. Batman Begins will bid us adieu, which I guess is okay since we get another prime Christian Bale movie?  The best disney cartoon, Hercules, will also be peacing out in September and I am genuinely bummed about it. After just a few months, Magic Mike will be body rolling off Netflix and hopefully onto Amazon Prime or Hulu because I am not ready to say goodbye to him yet. Music & Lyrics, Mulan, the opposite of Titanic AKA Revolutionary Road, and The Hangover are also leaving Netflix to go apple-picking this September. It’s been real, but I’m very much down for the new shows/movies to stream!